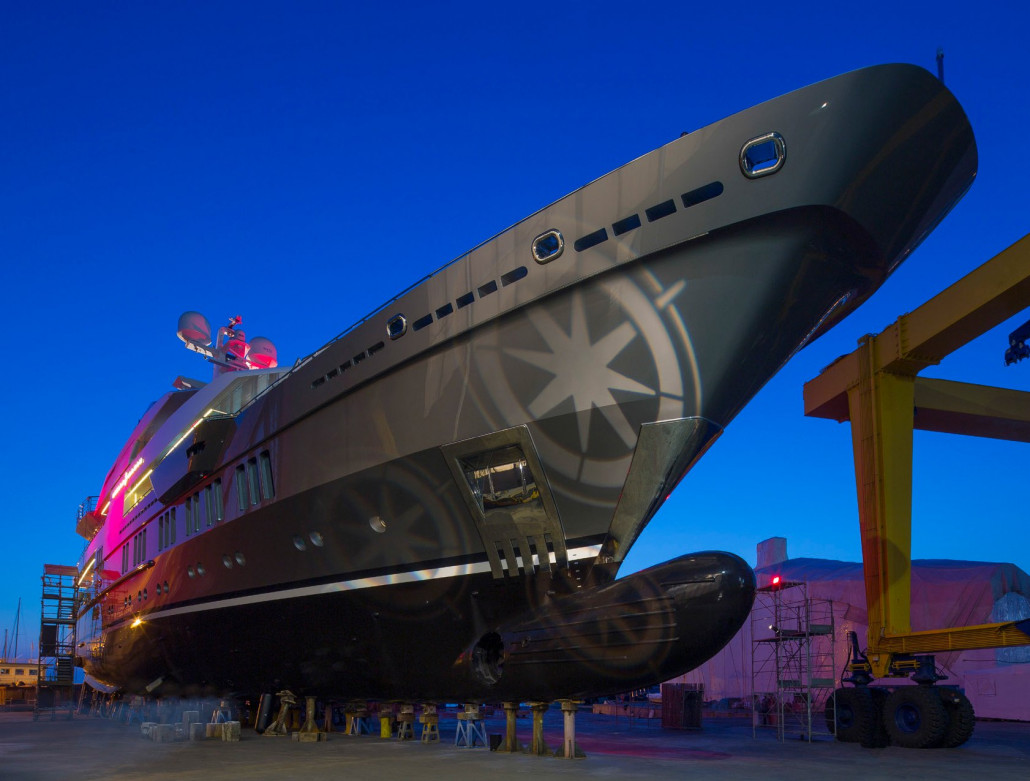 Viareggio Superyachts (VSY) has brought their 72m flagship, Stella Maris, out of the shed, unveiling her imposing presence to the world as she sits illuminated in the Italian sun.

After VSY struck success with their two previous additions to the water, the 62m Candyscape II and the award-winning RoMa, the shipyard has introduced yet another phenomenal motor yacht to the world in an attempt to push their global rankings that bit higher.

Managing Director of VSY, Luciano Scaramuccia stated that the impressiveness of Stella Maris - conceived in line with the yard’s values and reflected the fusion of avant-garde technology and the excellence of genuine Italian craftsmanship in full respect of the environment – crowns her as the most important yacht of this size built in Viareggio over the last 30 years.

This cornerstone in the future of VSY was celebrated heartily by the workers, local authorities and bodies, all of whom have collaborated with VSY over many intense months.

Designed by Espen Oeino and  with naval architecture from Laurent Giles, Stella Maris is currently positioned in front of the shipyard awaiting launch. She will remain here for a few weeks whilst final preparations are completed before her transfer to a floating pontoon to the Arsenal in La Spezia where she will officially be launched.

After this momentous occasion, Stella Maris will take to the open seas with her new owner until September where she will be around the Monaco for the upcoming yacht show.