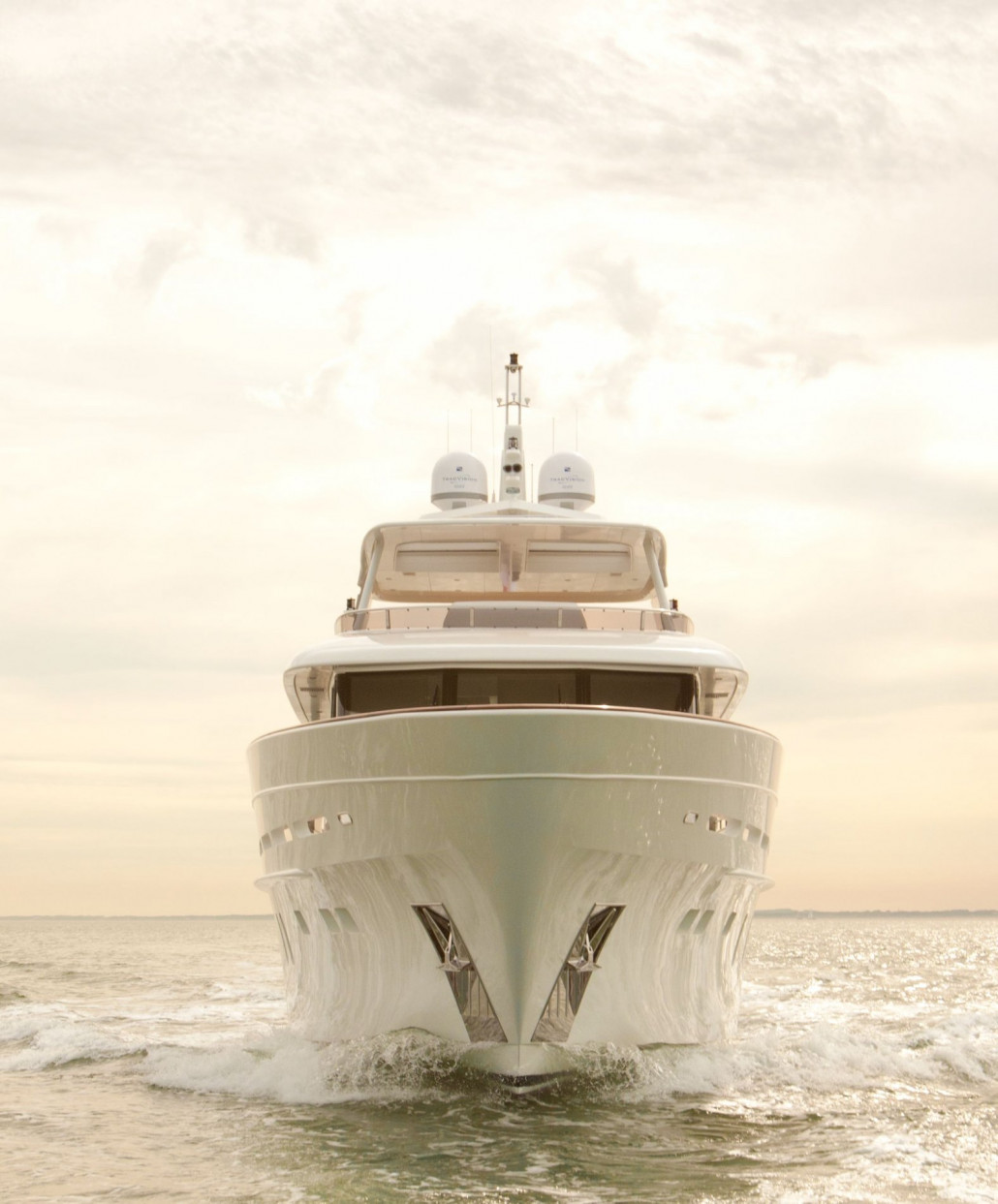 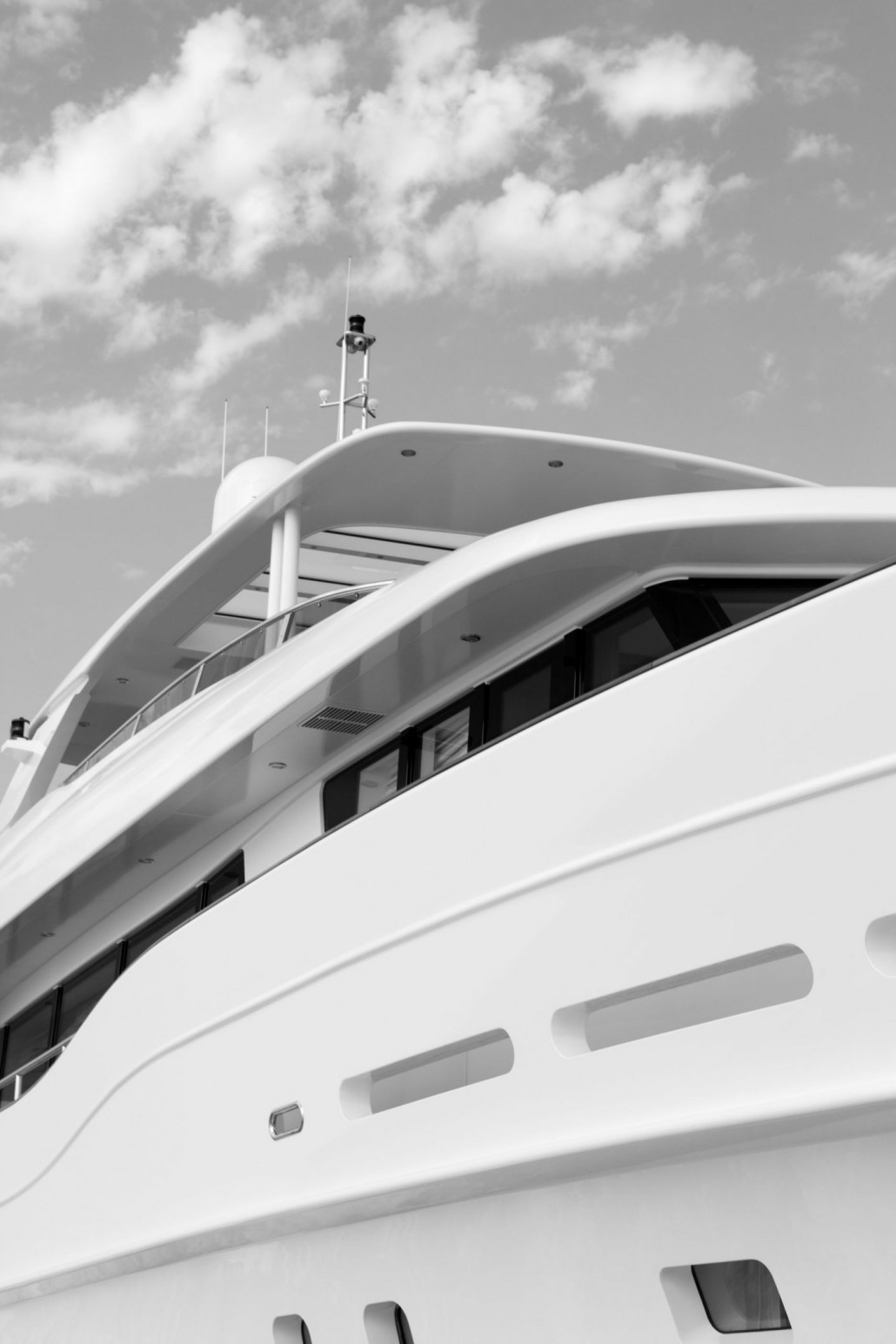 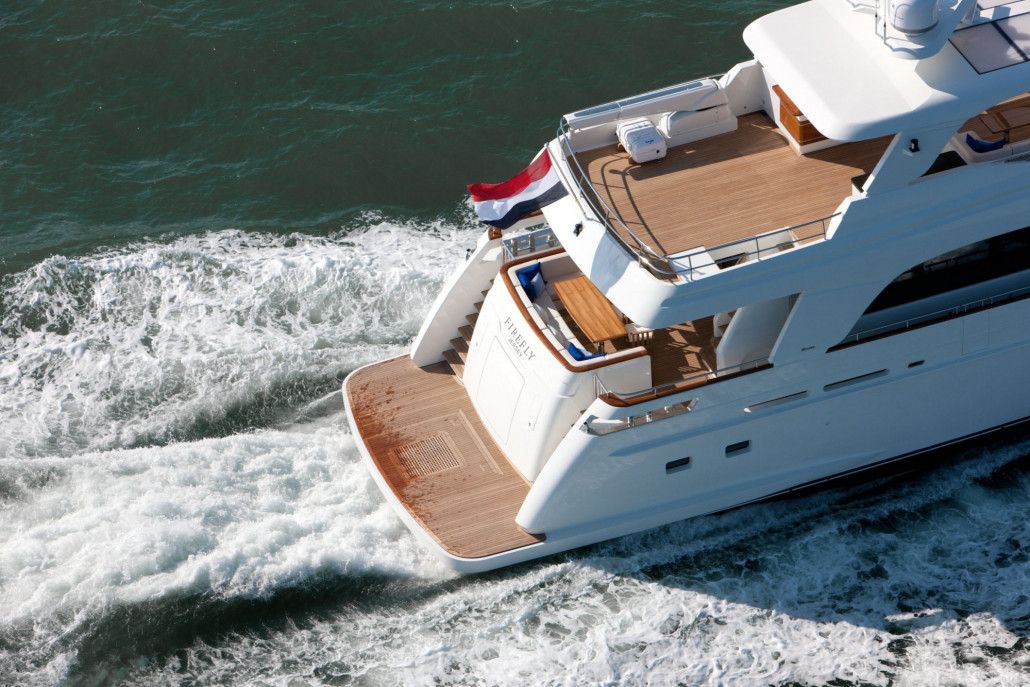 Stepping On Board The Mulder 94 Superyacht Firefly

Yesterday, Superyachts.com travelled to the backdrop of the recent America’s Cup race in Portsmouth for a different kind of on-the-water experience. After embarking from The Netherlands, reaching numerous locations en-route and landing in the UK after three days travelling with West Nautical, we took a closer look at the brand-new Mulder 94 Voyager ‘Firefly’.

Measuring 28.65 metres, this is a Dutch pedigree yacht with extremely spacious volumes deceptive of a yacht this size. With a transatlantic capability behind a yacht engineered for stability and silence underway, Firefly is not only a comfortable yacht with a solid engineering package, but a striking and stylish vessel.

A Dutch tour de force of design took to the creation of the Mulder 94, with Vripack behind the Naval Architecture and Frank Laupman responsible for exterior styling with assistance from British designer John Vickers to finish the interior.

The exterior provides a profile often found on significantly larger yachts, but with a modern simplicity which has given Firefly her own distinctive character. The large windows, which are used to fantastic effect inside, run through to the bridge area and are the only visible separation of hull and superstructure; expertly blended with the entire look though angled forward and aft fashion plates.

Inside, simplicity reigns supreme with dark woods and light furnishings that create a family feel throughout. This was a notion that seemingly ran the design aspect of Firefly, as the yacht hit every requirement to be family friendly. This comes from the practicality and the space throughout the interior as well as the soft, timeless overall look provided by a rare blue coral which acted as inspiration - seen mostly in the colour palette and the installations on board.

The Master Stateroom, an immediately comforting room with Rado Kirov artwork mirrored in the VIP cabin forward - has the feeling of being close to the water with zero movement, vibration or noise. The same can be said for the two guest rooms (available as doubles) and the VIP, sleeping an overall number of eight guests.

Approaching the exterior open spaces, an owner can find a beautifully spacious Fly Bridge, laid with a vast area of natural teak and fitted with changeable tables - which can transform the U-shaped seating areas into beds or a larger dining area - a full bar, teppanyaki grill and a frosted UV protected glass roof which adds to the space and light on board, not to mention the uninterrupted panoramic views.

Another truly notable exterior space is the swim platform on the aft deck, allowing those on board to add another dimension to their experience on or in the water. The platform features a separate hydraulic system that allows the beach club life inches off the water, dinners in a romantic setting, temporary storage of jet skis and a tender when moving between anchorages, and doubles as a pantograph boarding step to be used when moored stern-to in port.

Firefly is a stunning yacht with a variety of well-suited locations and guests, from family to entertainment anywhere in the world thanks to her resounding comfort and solid transatlantic capabilities. The Mulder 94, however, is available in a number of configurations with a build time of around 22 months according to broker West Nautical.

We’ll be taking a closer look at the West Nautical brand in the coming weeks run-up to Monaco, however for more information on the team and the Mulder 94 in the meantime, click here.