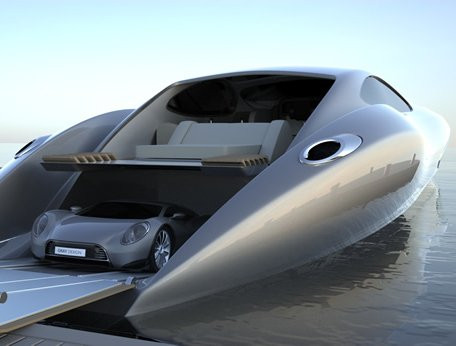 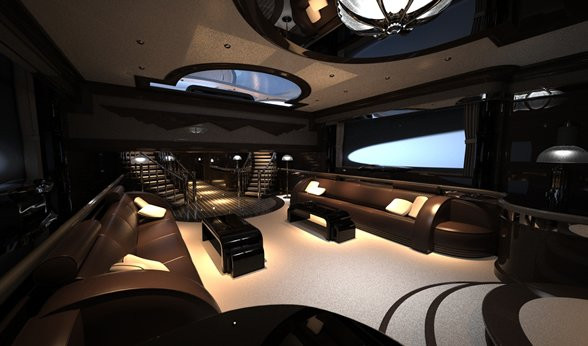 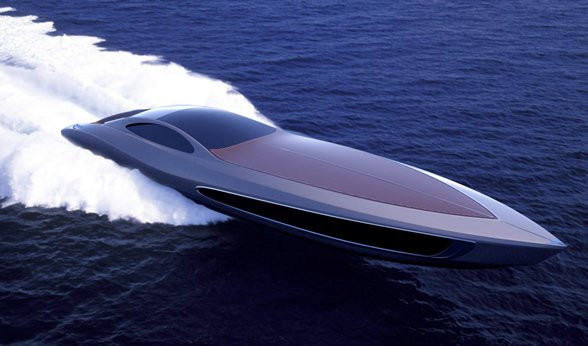 In an effort to satisfy demands expressed by the market, Strand Craft have introduced the Strand Craft 122 superyacht concept, the 38m superyacht with built in supercar garage; offering high performance and smooth transportation transference.

Strand Craft, working with Gray Design, have conceptualised this ultimately sleek, high performance motor yacht to impress and surprise the superyacht market, featuring a specially designed supercar as tender. The 38m open superyacht will be able to reach a top speed of 43 knots with her twin MTU 16V4000 engines with the ability to achieve 55 knots with the use of her optional Rolls-Royce KaMeWa boosters; offering over 14,000hp.

The Strand Craft 122 holds an impressive Art Deco interior that can be personalised to any discerning taste. The interior features four large, double staterooms; reception and salon areas alongside comfortable crew cabins. The Strand Craft 122 will be fully equipped with state-of-the-art-performance and comfort enhancing technology such as 52” LED TV’s and Bang and Olufson sound systems in all of the rooms.

According to Stand Craft, the most stunning feature will be the yacht's special, handcrafted supercar tender powered by a 880hp twin turbo V12 engine with a top speed of 375kmh, housed in the special stern garage as tender.