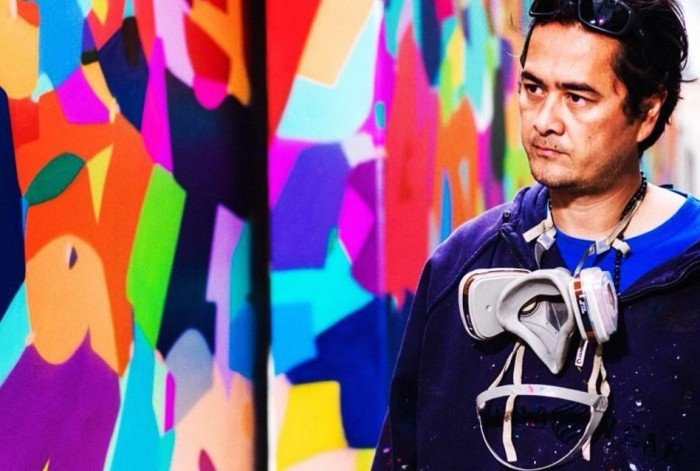 The seventh edition of the Les Voiles de St Barth regatta is set to run from April 11-16, and organisers have now announced a different approach to the art of racing for 2016.

Globally famed street artist Cyril Phan (a.k.a. Kongo) will be at the regatta to bring cutting-edge art to it’s ‘rightful place’ by the competitive, friendly nature of the regatta.

“Since 1991, I have lived in Guadeloupe for half of each year. The Caribbean is a massive source of inspiration to me,” explained Phan. “My presence at Les Voiles de St. Barth this year is the result of a meeting I had with François Tolède last summer. He suggested I give a performance on a sail, which will subsequently be auctioned off for charity.

Painting on a sail is something new for me, even though I'm used to painting pretty much anywhere. It's going to be intriguing to do my thing within the context of Les Voiles de St. Barth.”

This year, America’s Cup veteran Peter Isler and Olympic medalist Charlie Ogletree will be part of the crew aboard Odin, the Swan 90 sailing yacht that arrived in fifth place during the most recent edition of the Caribbean regatta.

In a closing statement from Phan, he explains how sailing is a new world filled with passion; “I love discovering other worlds. Three months ago I discovered the world of aviation, which involved painting a plane, and I'm continuing to explore the world of aeronautics through several collaborations, one of which is with the Fondation St Exupéry," he continues. "The world of sailors strikes a logical chord with me and my own journey. It's a thrilling world, filled with people who are passionate about what they do. Sharing my passion with them and discovering what makes them tick is bound to be an enriching experience.”