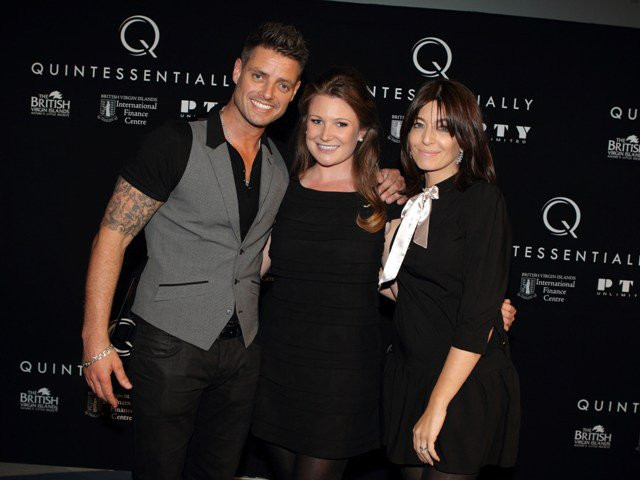 Sunseeker Charters has beaten off strong competition to claim the accolade of ‘Yacht Charter of the Year’ at the inaugural Quintessentially Awards in association with The British Virgin Islands.

The award ceremony took place at the Freemason’s Hall in London on 1st June 2010. Other renowned charter companies nominated included Burgess, Camper & Nicholsons and YCO; each chosen for their ‘outstanding contribution and service to both their customers and the luxury industry as a whole’.

The Quintessentially Awards represents the luxury market across the fashion, travel and lifestyle sectors. The ceremony was compèred by Claudia Winkleman, who was assisted by a host of VIP guests including actor, Leslie Phillips. The ‘Yacht Charter of the Year’ category, which was sponsored by Kahn Design, was presented to Poole-based Sunseeker Charters by singer and actor, Keith Duffy.

Other winners at this eagerly anticipated event included the restaurants El Bulli and The Fat Duck; London bar Nobu Berkeley; One&Only Reethi Rah Hotel in the Maldives and perfume house Hermès. The ‘Car of the Year’ award went to both the Aston Martin One-77 and the Jaguar XJ.

Ben Elliot, co-founder of Quintessentially, commented: “Tonight’s awards proved that luxury is on the up. We are delighted that within 10 years Quintessentially continues to be at the forefront of the luxury arena. The winners chosen for this evening’s awards are designed to reflect the pinnacles of luxury, exclusivity and elegance – echoing the hallmarks of Quintessentially and The British Virgin Islands.”

David Ward, Director of Sunseeker Charters, said: “We are absolutely delighted and flattered to have been credited with this prestigious award, especially in face of such stern competition. It is testament to the outstanding dedication and diligence of our team that Quintessentially Members have recognised Sunseeker Charters as offering the best in luxury yacht charter. We look forward to maintaining and extending our position at the head of this exclusive market.”