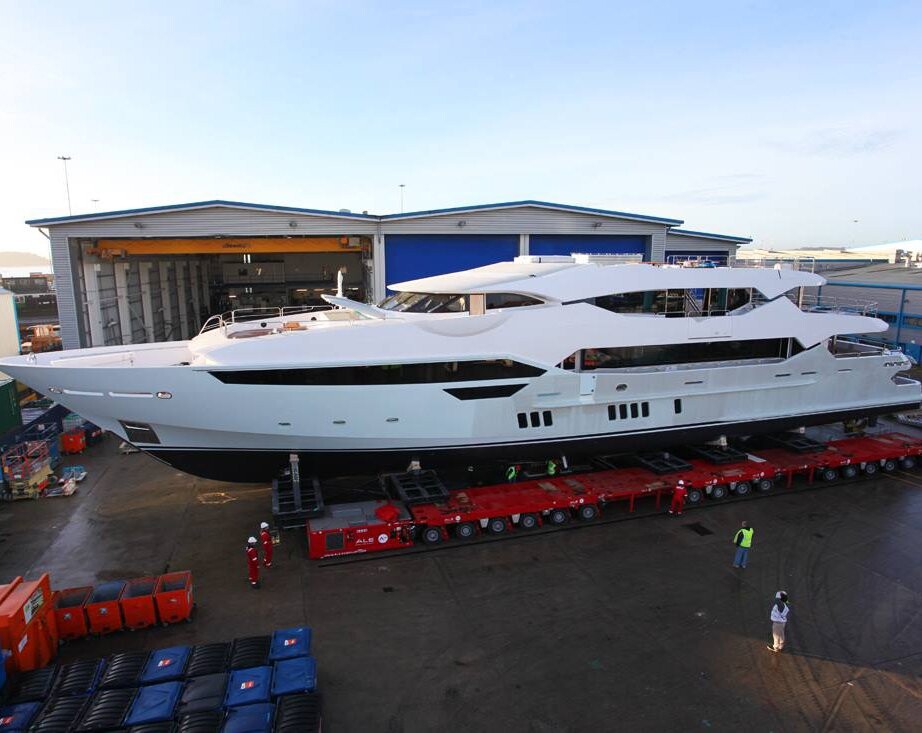 Sunseeker have announced the launch of their eagerly-awaited customised 155 Yacht, which has been christened “Blush”.

The biggest project ever undertaken by Sunseeker International, as well as their first ever semi-displacement round bilge hull, the yacht was launched into the water for the very first time at the company’s shipyard in Poole, Dorset yesterday.

The yacht’s innovative design and build process allowed its owners to have direct input not only on the interior design and layout but the actual superstructure of the vessel.

Basting an impressive range of up to 4,500 nautical miles, Blush can accommodate up to 12 guests, plus up to10 crew, with a separate captain’s cabin.

Now that Blush is in the water, she will undergo further testing at the shipyard, with the engines started for the first time and the Sunseeker team testing all onboard systems.

Sea trials are scheduled to take place in February before the yacht is delivered to its new owner.