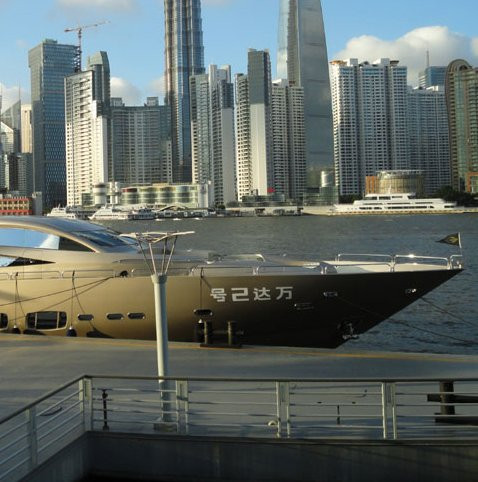 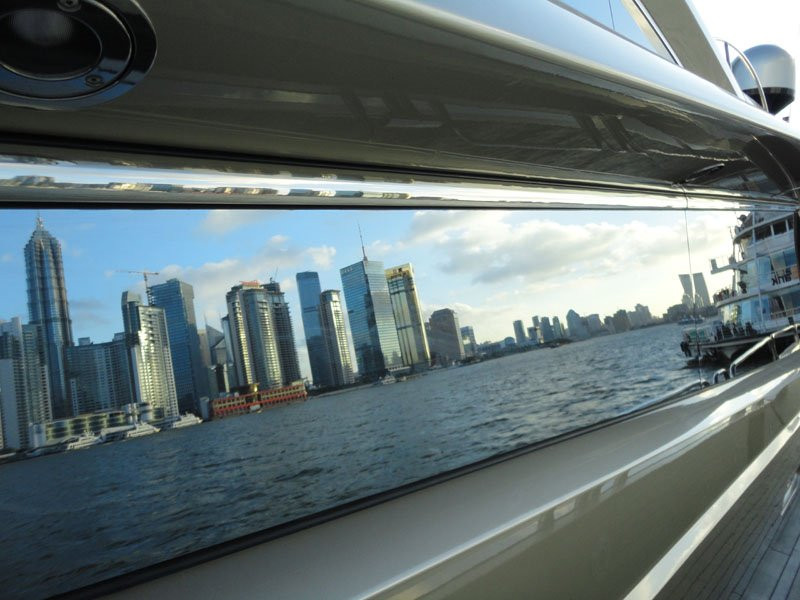 The stunning Sunseeker Predator 108 Special Edition, the only Predator 108 SE superyacht ever made by Sunseeker, has completed its first cruise down the Huangpu River.

The 33m Sunseeker Predator 108 Special Edition Superyacht is the most expensive yacht sold in China and the only one of its kind made by Sunseeker. Priced at over £7m, this fantastic vessel arrived in Shanghai on July 15th as the largest, most expensive and most luxurious yacht ever sold in China.

Sunseeker has a limited production of around 250 yachts a year in order to ensure exclusivity and to help maintain its reputation for building one yacht as comprehensively as the next.

The Sunseeker Predator 108 superyacht is famous for its frequent appearances in James Bond movies, causing an immediate sensation when the Predator 108 surfaced at the London Boat Show in early 2010.

The Sunseeker 108 Predator Special Edition superyacht is a stunning picture of style and performance, with twin MTU engines capable of producing a top speed of 36 knots, making her an exceptionally quick vessel for her size.

Her hull and superstructure feature an eye-catching champagne colour alongside sleek, black, mirrored windows which not only offer complete privacy, but another layer of charm. Her interior offers expansive owner and VIP cabins, a stylish convertible sunroof on top of the cockpit, sport flybridge and a vast Jacuzzi and sunbathing area on the front deck.

Traugott Kaminski, CEO of Sunseeker China, commented “On July 15, the boat owner and I were both on the Pu 16 pier in Shanghai, waiting for the yacht to come from Deep Sea Port. We were so excited and moved when we saw the yacht appearing at the corner on the Huangpu River. This yacht definitely inserts the British Royal blood into the vein of Shanghai, adding a fantastic touch on this beautiful picture.”

The glamorous debut of the Sunseeker Predator 108 Special Edition on the Huangpu River confirms that the Chinese yachting industry is flourishing and cements Sunseeker China's position as the undisputed market leader.