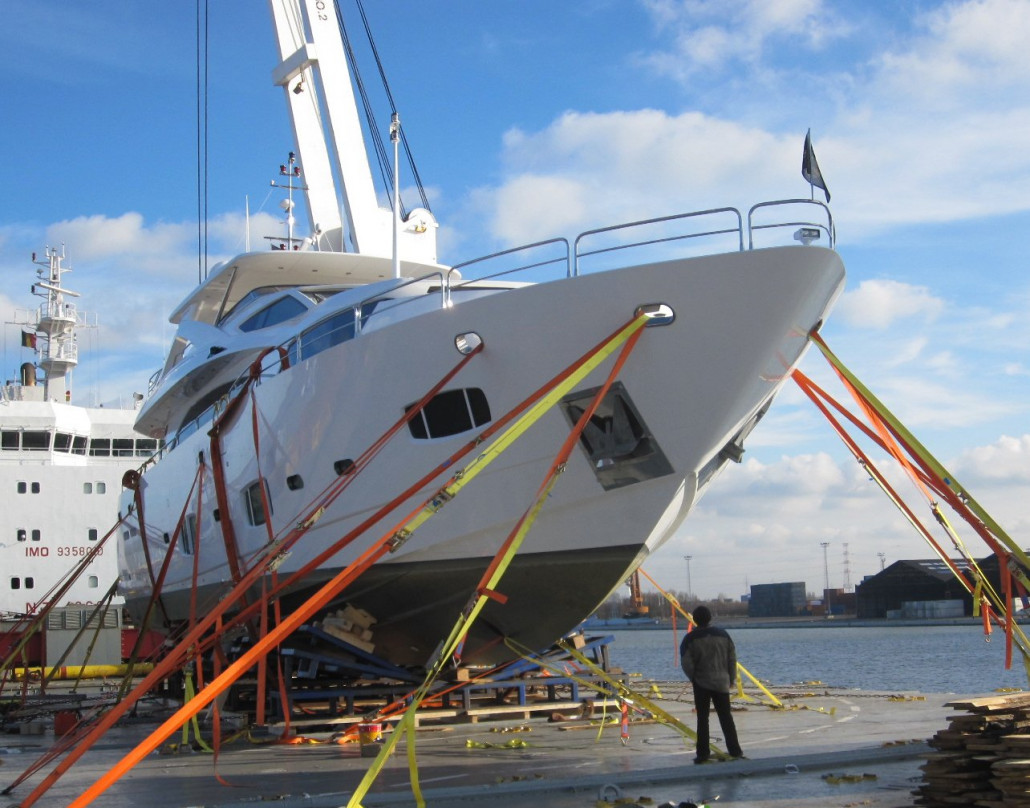 With the Dubai Boat Show having drawn to a close, news has emerged that the cargo freighter transporting a 30m Sunseeker to the show narrowly escaped an ambush by Somalian Pirates.

PSP Worldwide Logistics was the company responsible for shipping the 30m Sunseeker to the 2011 Dubai Boat Show. On the way to the event, the cargo freighter evaded an attack in the troubled waters near Oman.

The yacht was loaded aboard a cargo freighter in Antwerp on January 26th and began its journey toward to the port of Jebel Ali. However, reports from PSP stated that as the vessel reached the Suez Canal in Egypt, problems linked to the growing civil unrest in the region began to show.

Transport through the Suez Canal was severely limited, and with a long backlog of vessels waiting to traverse through the narrow waterway, time was running out to get the luxury yacht to the show in time.

Once the vessel passed the on-water traffic, the vessel still had to traverse through dangerous waters near the coast of Oman, where pirate attacks are often recorded.

The vessel joined a military convoy through the area. Travelling slowly through the danger zone, the captain had to ensure the speed was kept at around six knots – the speed of the slowest vessel in the convoy; eating into the vital time left before the boat show.

PSP Worldwide Logistics gave this account: “Just as the vessel came out of the convoy, PSP was preparing itself to breathe a sigh of relief when, out of the blue, the vessel was surrounded by Somalian pirates brandishing guns and firing bullets into the air.

There was security on board to guard the Sunseeker but PSP took no chances. The captain was ordered to crank up the speed and race away as fast as he could. The captain later reported that the vessel behind was boarded by pirates.

With time ticking away until opening day, the team decided to abort its scheduled refuelling in Fujairah and race straight on to Dubai to get the Sunseeker delivered. It meant a more costly fuel bill in Dubai but PSP was willing to take the hit to get the boat to the show.

Disaster averted, the luxury yacht arrived in the port of Jebel Ali and was lifted into the water by PSP in the early hours of March 1. It was skippered at lightening pace to the show site at the Dubai International Marine Club in Mina Seyahi the moment it hit the water.

There was just enough time for the boat to be polished up before the show opening the following morning.”

Reports of Pirate activity are gradually becoming more and more frequent in areas like the Gulf of Aden and the coasts of Oman.

However, albeit a target for attack, a superyacht is extremely unlikely to be taken, due to the size and speed of most vessels, alongside the safety measures taken by both captain and crew.