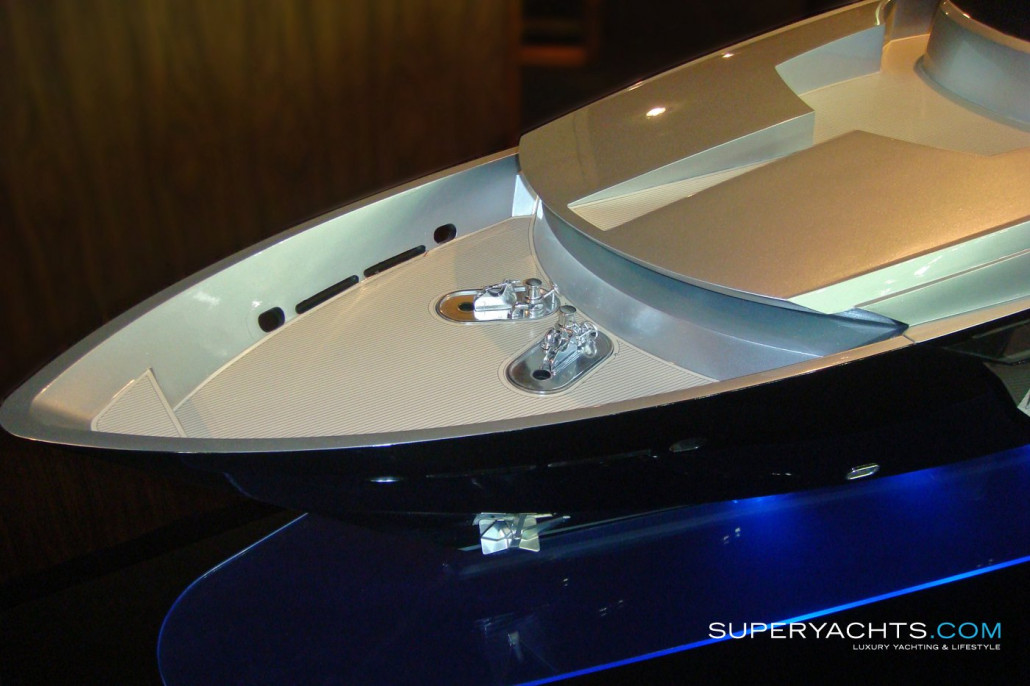 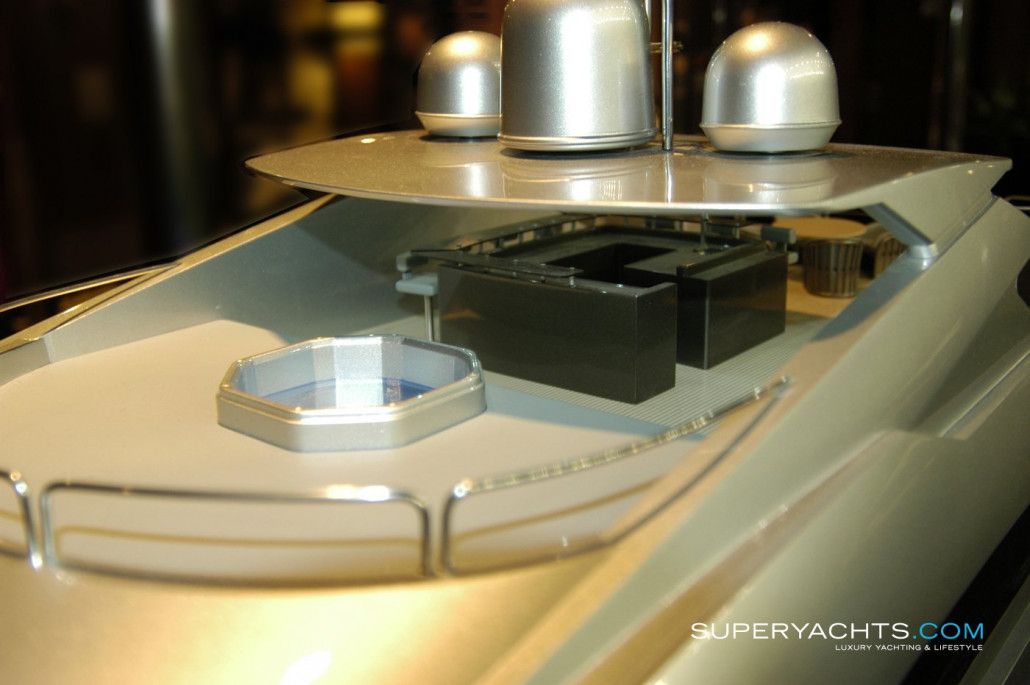 We can reveal exclusive photos of the furthcoming Sunseeker Zeus Yacht 150 from the 2010 London Boat Show. Set to launch in 2011, the 46m Zeus 150 is the first of the new Zeus range of superyachts from Sunseeker International's Shipbuilding Division.

As you can see from the model, the Owner's Suite will be situated on the main deck. It will be a full-beam suite and feature panoramic views of the sea with owner balconies or "platforms" on either side.

Also included is a rotating transom door designed to produce a 'beach Club' area when fully opened. This area is accessed down the transom steps from the main deck.

A transverse tender garage will allow tenders to be launched and recovered using the overhead crane on the port side of the yacht.

We understand that the complete details and specifications will be released in the near future.

"The Owner's Suite, situated on the main deck, will have panoramic views and will also feature balconies on either side."

"The Owner's Suite, situated on the main deck, will have panoramic views and will also feature balconies on either side."