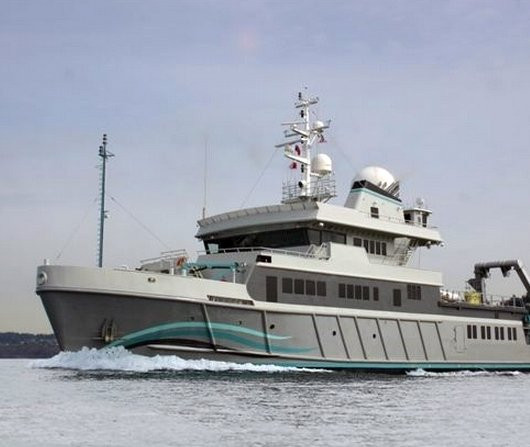 Guam PDN has reported that the 55m (183’) research superyacht Alucia has been detained in Piti on a voyage with the Discovery Channel to capture rare footage of Giant Squid.

The national news source has released information regarding the yachts ‘arrest’ at the port in Piti due to allegedly unpaid debts to a mainland repair company, according to federal court documents.

The research vessel, alongside the two submersibles onboard, has been seized at the port after federal marshals reached the yacht. The crew has been allowed to stay on the yacht to help alleviate immigration issues.

Alucia’s exciting journey was halted due to Beta Maritime Limited’s alleged debt of about $620,000 to Foss Maritime Company, a Seattle-based repair company which worked on the vessel last year. However Beta Maritime Limited has stated the payments were halted because of faulty repairs and late delivery, according to the documents filed in court and reported by Guam PDN.

Foss Maritime issued a law suit in the District Court of Guam yesterday, instigating the yacht’s freeze in Piti. Click here to view the original article.