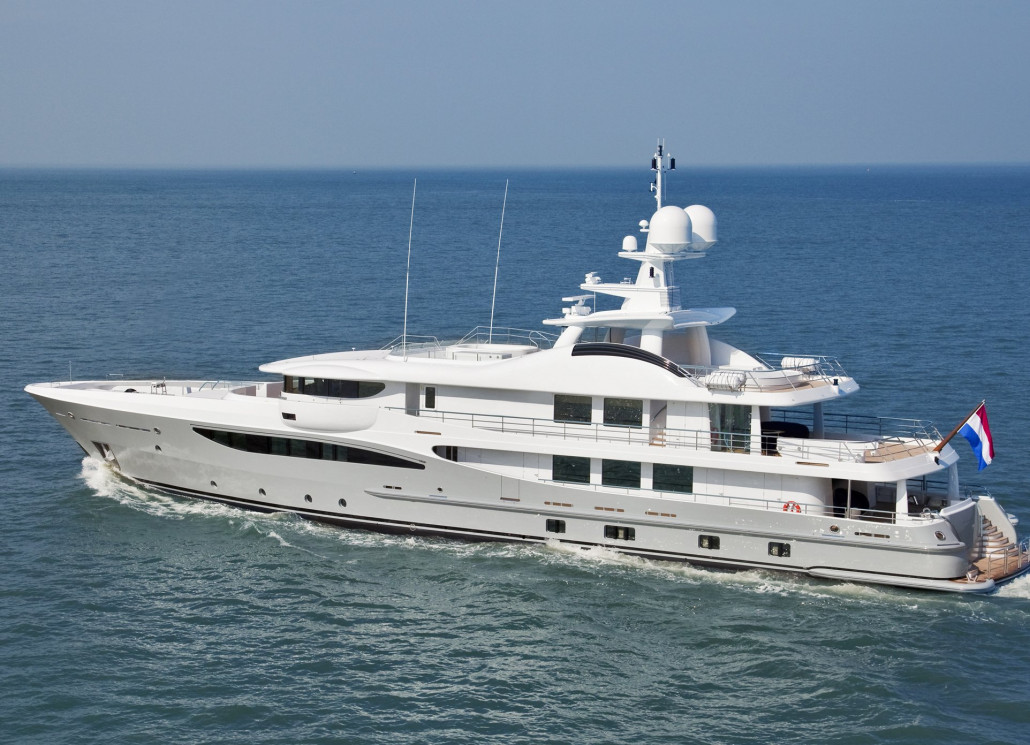 Amels managing director Rob Luijendijk commented “We are very pleased with how smoothly the project has gone. For example it is not unknown for some superyachts to take five days to pass their acceptance sea trial, and yet Bel Abri received full approval from Lloyds Register and the owner’s representative within a single day, something of which we’re very proud.”

Designer Tim Heywood took inspiration from the sweeping curves of Italian sports car design of the 1930s to design the sleek lines of the Amels 171.

“I aimed to achieve a look that I would describe as ‘athletically feminine’,” said Tim Heywood. “Also, I incorporated some of the styling features that normally you’d only find on much larger yachts. I wanted the Amels 171 to feel like a very grand yacht. For example it has a fabulous 20-metre sun deck, which would not look out of place on a 90-metre yacht.”

Onboard Bel Abri, there is a big focus on outdoor living with a larger-than-usual Jacuzzi and a windbreaker on the sundeck. The space usually allocated for a main deck starboard cabin has been used to create an expanded owner’s suite, which you would normally only expect to find on a larger yacht with a length of 60m or more.

Bel Abri’s interior has been designed by Italian architect Laura Sessa. “Each deck highlights a different type of wood, such as maple, walnut and sycamore,” explained Laura Sessa. “For example maple is featured on the main deck and zebrano on the bridge deck, with the dark wood sucupira running as a common theme throughout the whole interior….”

Motor yacht Bel Abri is soon to embark on her maiden voyage with her owner, to explore the spectacular fjords of Norway. Later in the summer Bel Abri will head south to the Mediterranean where she will become available for charter through Imperial Yachts, before being exhibited at the Monaco Yacht Show in September.