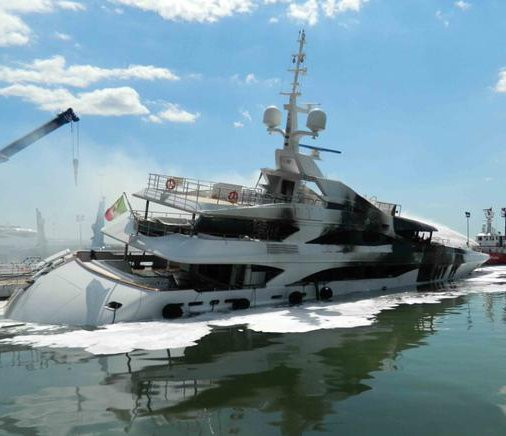 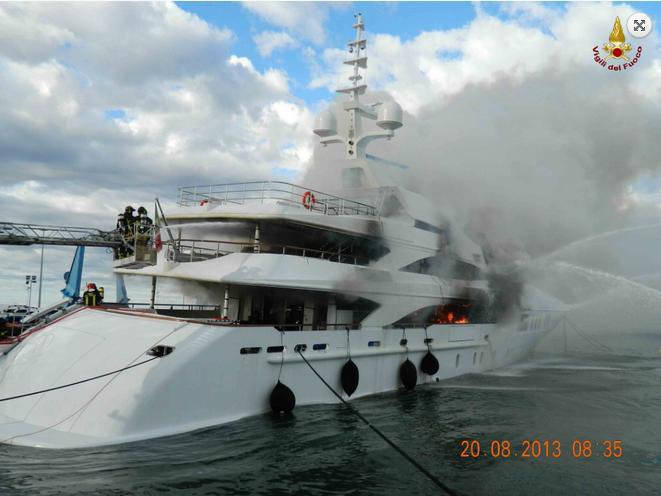 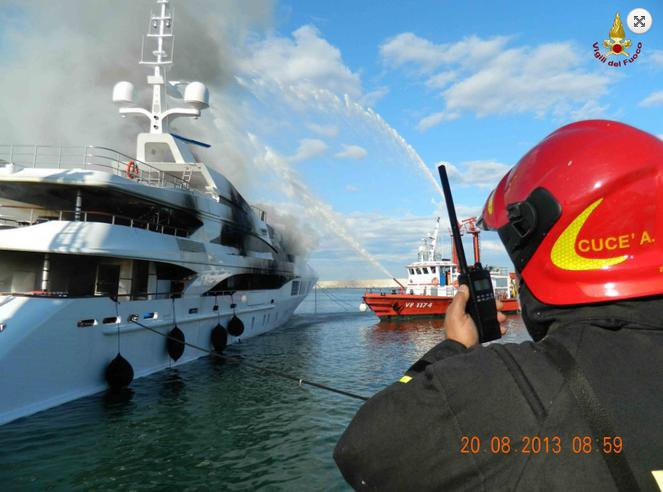 A fire tragically swept through the interior of a superyacht in Livorno, Italy, yesterday and has today been identified as the brand-new 56m 2013 Benetti Project FB261 which was in its final stages of construction.

The Benetti internal security/fire teams immediately showed up to the blaze and, after having assessed the situation, activated the Fire Department of the city of Livorno.

Huge damages appear to have been caused by the fire as images of the yacht sinking into her berth have emerged from the boatyard in Livorno Via Edda Fagni.

Benetti has released a statement noting how the fire was believed to be started by a huge electrical storm in the atmosphere which swept over Livorno and most likely caused a surge in electrical systems on board.

The fire was completely extinguished around 5pm yesterday and, most importantly, there are no injuries reported.

We will be releasing more information as it emerges and would like to thank John Gibson of John Gibson Superyachts for the images of the blaze.