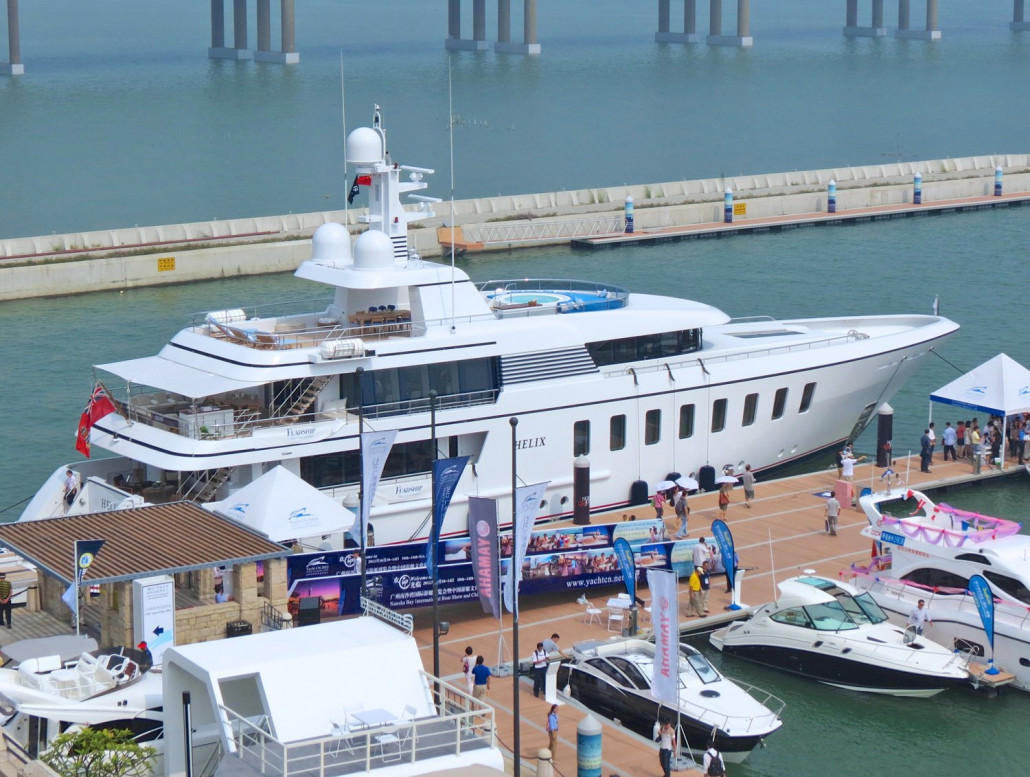 The 45m Feadship Helix has become the first large foreign registered yacht to be allowed to cruise the Pearl River in China. The revered Dutch shipyard has already made history this year by being the first ‘Western’ superyacht builder to receive orders from Mainland China.

The historic trip to explore the Pearl River in the Guangdong Province of China made Helix the first superyacht to navigate this famous river delta. She berthed in the city of Nansha, where European traders kept Folly Forts in the 17th Century to trade with the mainland Chinese. Today Nansha is a thriving metropolis and a replica of an old Chinese fort serves as the marina clubhouse. This was the ideal location for the city’s first boat show, which took place in early October and where large crowds admired Helix’s unprecedented quality levels.

“As far as we can determine no pleasure vessel over 30 metres has ever sailed up the Pearl River,” says Feadship’s head of marketing, Francis Vermeer. “There may have been some wealthy Dutch traders who kept a yacht in the Canton area during the 1600s – after all, the first pleasure yachts were created by the Dutch a century before that! But Helix has certainly made history for this modern era, and this state-of-the-art Feadship has been very much appreciated by the new wave of yachting enthusiasts in China.”

This point was illustrated in spectacular fashion when Helix left the Nansha International Boat Show, as her captain Phil Burgess explains. “As requested, upon our departure we paid tribute to the Temple of the Goddess of the Sea by cruising in a figure of eight as we passed this location. The authorities had even arranged for a Micro light aircraft to take photographs. It was a fitting ending to an excellent experience in Nansha, which I believe will become very popular as the new marina develops.”

Helix has had a great year, having already won the ‘Displacement Motor Yacht below 500 GT’ award at the World Superyacht Awards. The Chinese people who have been visiting her during this extended tour of the country have been impressed by the yacht’s contemporary style and elegant lines. Helix has a timeless design with a classic Feadship bow, while her interior synthesises light-fabric-covered walls in mahogany wooden frames with contrasting materials and tasteful furniture. All four guest suites and the master stateroom are located on the main deck, offering phenomenal views.