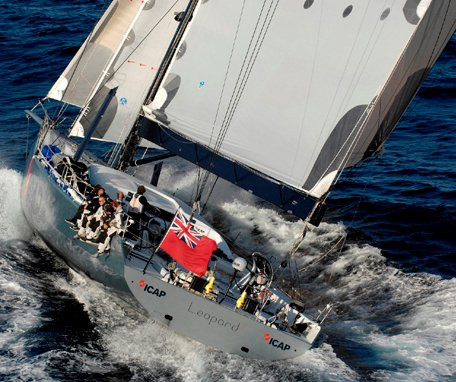 After five days at sea, the 30m superyacht ICAP Leopard is on track to conquer the transatlantic speed record.

The Daily Echo has reported that superyacht ICAP Leopard is set to beat the transatlantic record after setting off from New York to reach Lizard Point in Cornwall.

In order to break the record, the superyacht and her crew need to cross the finishing line before 1.37pm on Saturday 5th June, with family members and yachting enthusiasts offering support on the record attempt web page.

Based in Ocean Village, Southampton, superyacht ICAP Leopard is set to beat the current speed of 6 days, 17 hours and 52 minutes, held by Superyacht Mari Cha IV. Due to the ICAP Leopard having powered sailing systems Leopard is unable to officially break the Mari Cha record. However, the previous time is being used as a working timeframe, driving the team on their route to reach Lizard Point in the fastest ever time.