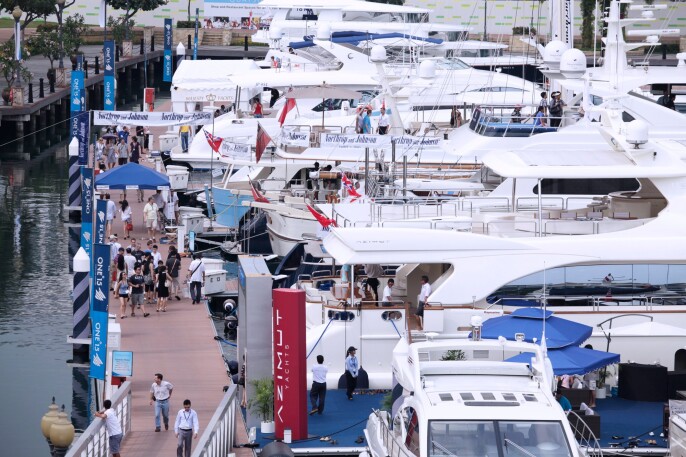 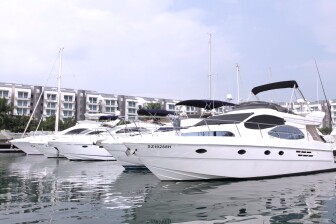 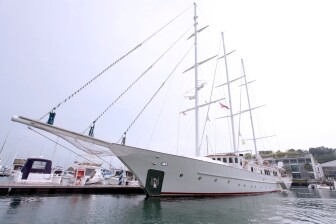 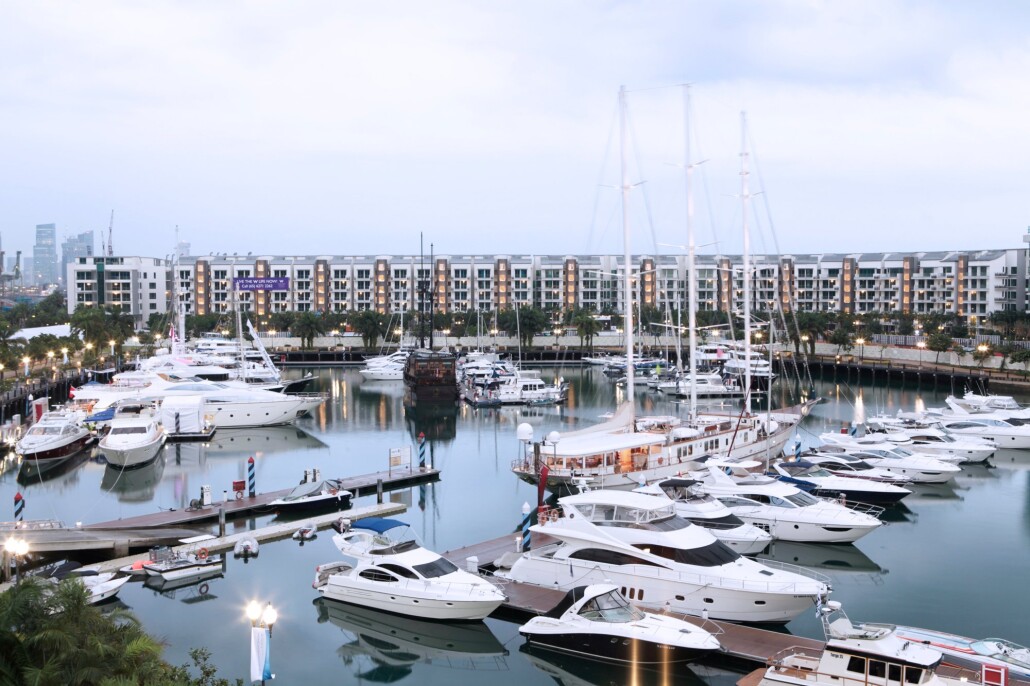 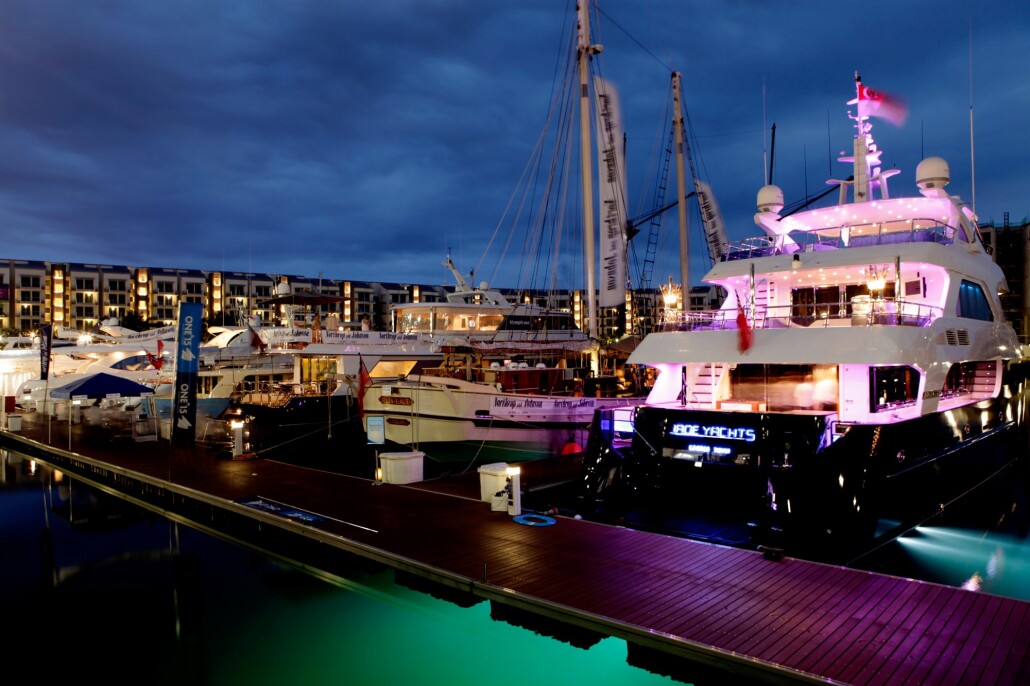 The Informa Yacht Group has proudly announced that the Singapore Yacht Show has received wide-spread acclaim from key members of the superyacht industry alongside reports of major potential deals.

The Informa Yacht Group, organisers of the inaugural event, have stated that, “the excellent turnout and the exceptionally positive response from the exhibitors underlined the tremendous potential for the large yacht business in South-East Asia and the region’s ambitions to become the ‘third destination’ for the global cruising fleet.”

By the end of the show at Sentosa Cove’s ONE°15 Marina Club, excited exhibitors reported that a number of multi-million dollar deals were subsequently under negotiation.

Some of the most influential people in Asia were immersed into a varied range of 30 or more superyacht builders, brokers and suppliers at the highly successful preview event. Exhibitors welcomed the new Singapore Yacht Show as a perfect platform to promote and develop the industry in Asia.

Jeff Partin, Sales Broker of Fraser Yachts, Florida, featured Jade Yacht’s flagship Jade 95 and he was very impressed with the show and visitor profiles: “We are very excited and pleased to be here. I think the Singapore Yacht Show has been very thoughtfully organised for an inaugural show and I can’t wait to come back next year.”

Bart Kimman, of Northrop & Johnson, one of the world’s leading yacht brokers, said, “this is quite simply the best yacht show we have ever been to. The number of seriously interested people was quite staggering, and I must admit, totally unexpected. We had seven brokers here and they were all completely flat out from start to finish. We have 175 qualified leads and several deals under negotiation – it’s incredible for a first-time show!”

Russell Morris, Sales and Marketing Director for US builder Palmer Johnson, was equally as impressed: “We were unfortunately not able to bring one of our boats down here at such short notice, but we most certainly will next year, and we still had a lot of high-quality visitors to our stand leading to some exceptional enquiries.”

General Manager of Simpson Marine, Mr Paul Whelan, was just as enthusiastic, stating, “The inaugural Singapore Yacht Show totally exceeded our expectations. We were very impressed, not only by the number of visitors who attended the show, but also the diversity and quality. This rare combination provided us with many good leads and potential sales for not only our Superyachts but also for our Charter Division.”

“It is an excellent achievement for the first show. With all the interest I expect to see the show grow immediately bigger and attract many more superyachts next year,” said Philippe Chettou, Director of Phuket-based Alpha Superyachts. “The cruising grounds here are fantastic, and we are working with our partners to promote this region as the next superyacht lifestyle destination. Owners are a little tired of the Mediterranean and Caribbean, and I’m sure the wonderful Asian smile and service will attract significant numbers of the superyacht community to this region in the very near future.”

UAE superyacht builder, Gulf Craft, also had great success with their Majesty brand, and undertook sea trials in the days following the show for several buyers. More than just yachts, the Singapore Yacht Show was about all that the yachting lifestyle has to offer. Informa Yacht Group announced that the property company Lippo Realty sold a multi-million dollar waterside apartment located in the ONE°15 Marina precinct and BMW’s deals on their sports range, M Car, and 5 and 7 series were well received by the high net worth individuals visiting the show.

The show’s diverse social programme provided the final element to the successful event. After an official opening by Senior Minister of State for Trade and Industry, Mr S Iswaran, visitors and exhibitors alike convened to the Capella Hotel for a glamorous and entertaining Gala Dinner supported by Rolls-Royce Motor Cars Singapore and Remy Martin. With a change of pace, Saturday evening was buzzing with numerous parties on board the yachts, giving VIP visitors the opportunity to fully experience owning a superyacht.

The show closed on Sunday in high spirits as the region had really demonstrated its appetite for the world of luxury yachting and the potential for doing business here. Andy Treadwell, IYG’s Managing Director said, “The tremendous feedback we have received from the exhibitors, the genuine interest from the visitors and the number of serious buyers that attended has been extremely encouraging. I think all our exhibitors have confirmed their intention to return for next year’s SYS.”

He added: “All the team, including our partners, sponsors and exhibitors have worked hard and collaboratively to make this a successful show for all. Furthermore, it is the foundation of Singapore’s future and leadership in driving the superyacht industry in this fantastic region. We are already working towards 2012 and we have great plans for a show to really impress!”

The Singapore Yacht Show was supported by the Singapore Tourism Board and the Superyacht Singapore Association, with ONE°15 Marina Club as the official venue partner, as well as BMW Group Asia and Bank Julius Baer as the show’s main sponsors.