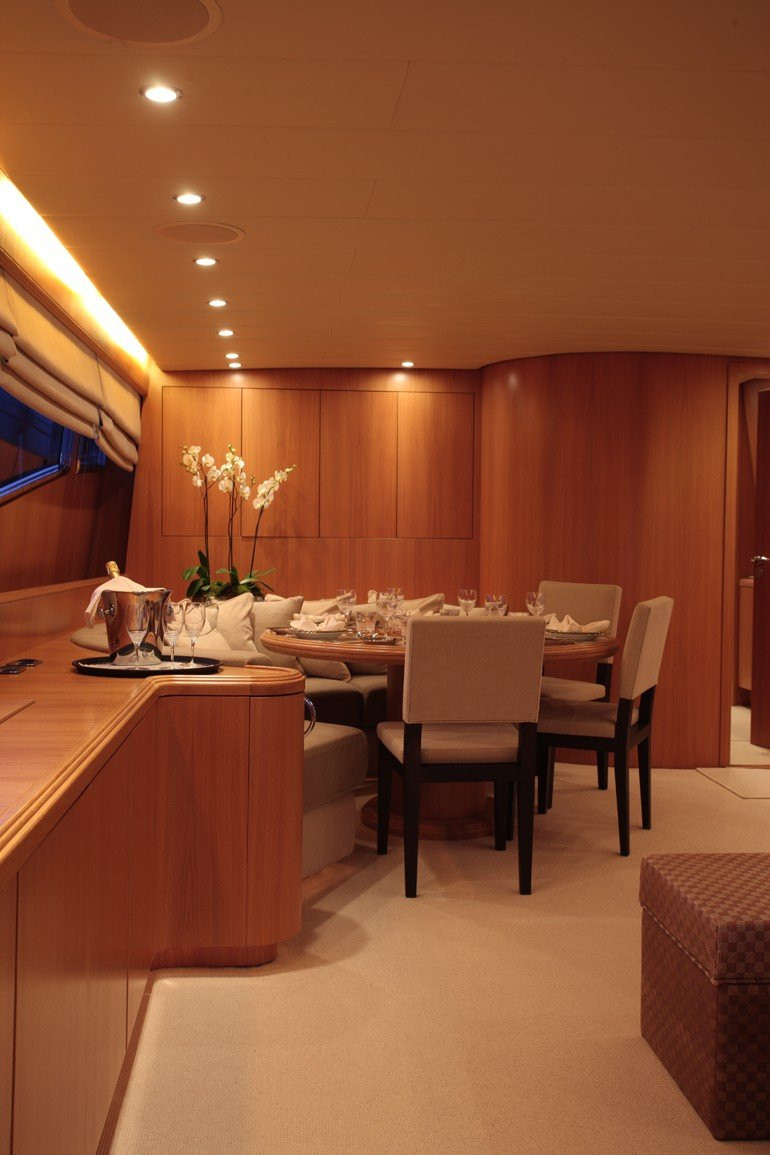 Little Jems was built by the Italian shipyard, Leopard Arno in 2004 and was the last of the sporty Leopard 26m fly series built. Little Jems is a sleek and well designed motor yacht with impressive features alongside space for nine guests in four palatial cabins with bath or shower amenities.

She holds an expansive sun deck and sun pads for relaxing outside or a full air-conditioned salon in which to retreat to and make full use of the Crestron Entertainment System which also holds a 120cm Plasma Screen, Sky Television, a flat screen and DVD player in each cabin and even a Nintendo Wii.

Her beautifully and neutrally designed interior boasts a strong and stylish light oak theme as well as palatial furnishings throughout. She can also reach a maximum speed of 27 knots, proving that looks and comfort is not all Little Jems can offer, powered by dual MTN 2000 engines.

Originally for charter and now for the taking, Little Jem is equipped for the full cruise experience, holding numerous toys and tender aboard such as Kayaks, a Seadoo Seascooter VS, Water Skis, Wakeboard, a 3m tender, Towable toys and snorkelling equipment.

Little Jem is aptly named as she holds entertainment, style and comfort aboard her 26m superstructure to rival any giant superyacht on the water.