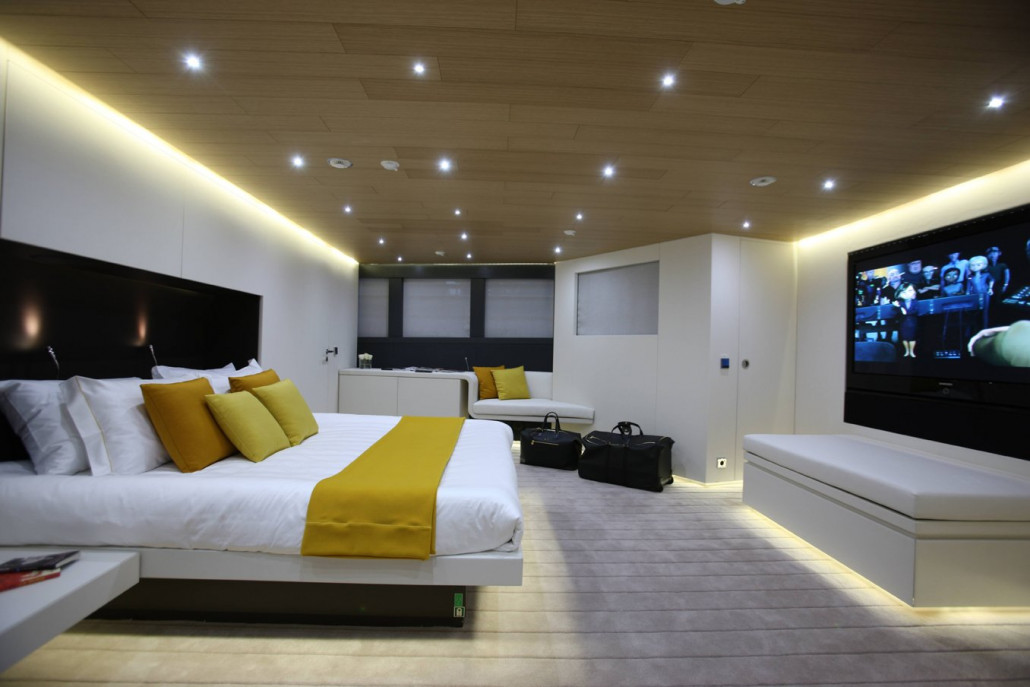 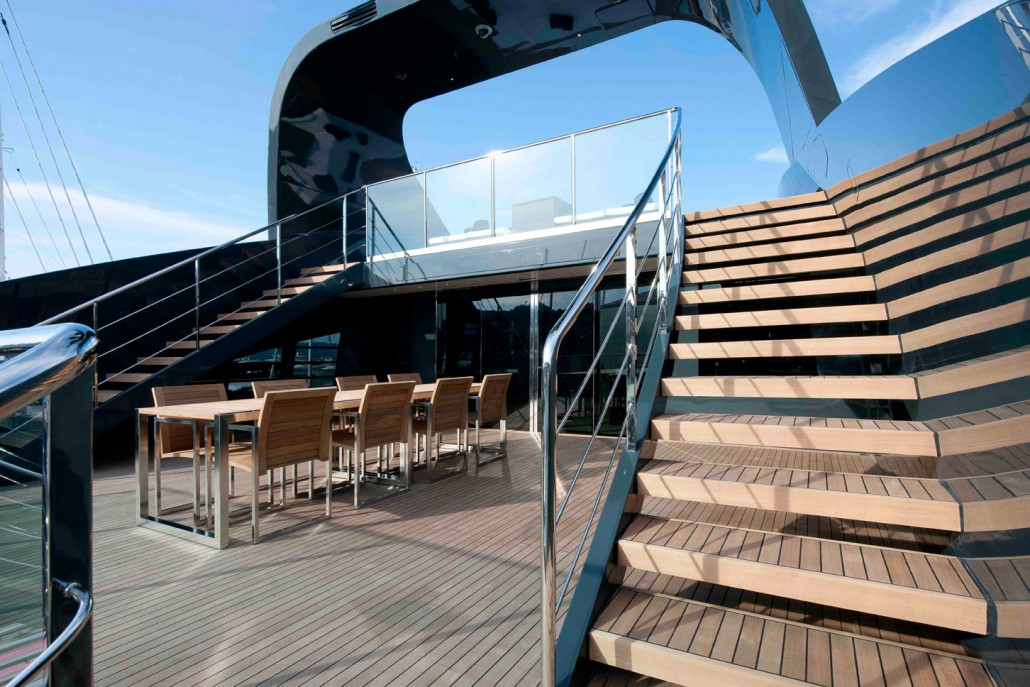 With a strong emphasis on quality, space and light, the innovative and identically designed four–deck yachts will offer five suites for up to twelve guests at any one time that will have seven trained and experienced crew on board.

The 41m yacht has a dramatic grey superstructure that arches from the bow to the stern with a highly modern and luxurious feel in the expansive interior. The superstructure's interesting design is the brain child of celebrated architect Lord Norman Foster, who worked on Beijing Airport - deemed to be the largest single building on the planet - and other ground breaking designs including "the Gherkin".

Superyacht Ocean Pearl has joined its identical sister yacht, Ocean Emerald after hitting the water in the beautiful Carrara, Italy. Ocean Pearl is now ready to traverse the seas, offering the opportunity of thirty days a year over an eight year investment to cruise between the Mediterranean and the Caribbean.

Yacht Plus has coined the ownership scheme “the logical and financially astute way of owning high-end luxury products”, the scheme has given first time buyers the opportunity to receive a 1/8th share in each of the four identical yachts, at a buy-in fee of €1,850,000.

Yacht Plus has said “One of the many benefits of fractional ownership is that it allows owners to enjoy a luxurious and prestigious lifestyle at a fraction of the cost of sole ownership” with an added opportunity to sell the yacht on for 50% after the buy-in period expires.

Formed in 2005 by a group of highly successful financial investors and entrepreneurs, Yacht Plus has rapidly established itself as a front runner in the business of fractional ownership stating “for a fraction of the cost of purchasing your own yacht you will have an entire fleet at your disposal”.

Yacht Plus are using the new fractional ownership scheme as an interesting way in which to introduce new people into the industry, not only giving it added momentum but giving people the opportunity to cruise in an innovative and high quality superyacht.

Yacht Plus
By B. Roberts