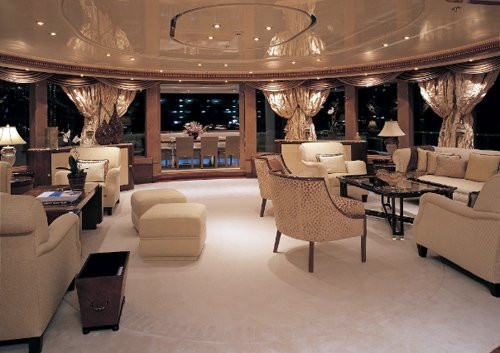 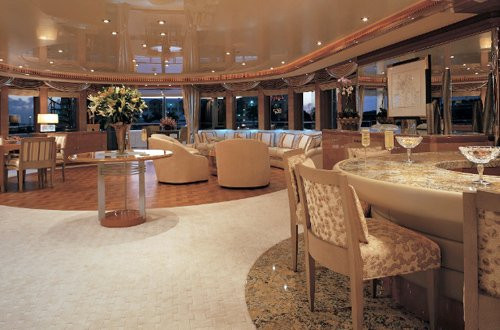 The renowned and respected superyacht Linda Lou was making her way to the 2010 Abu Dhabi Yacht Show when she was attacked by Somali Pirates just off the Gulf of Aden. Captain Michael Schueler gave us an in-depth account of how he and his crew evaded the danger with the aid of the Royal Navy.

“Instead of hiring many, armed guards for just cruising through the pirate areas, I decided to hire one security man and bring him aboard way earlier than the Somalian waters so that we could also train the crew before the danger area in heightened security ideas for the boat. What a great opportunity to improve the boat and the crew.”

“We set about creating our special pirate security plan and finalized the different levels of security alarms and crew placements in each alarm level. We then decided how to handle the six women aboard so that they always felt safe. We had various meetings with the crew to educate them on what the pirates actions will be with the boats and weapons and people that they have in their skiffs. We actually conducted many drills with the crew daily with post-drill meetings to find out the weak links in our plan.

“We set up a 'safe room' behind watertight bulkheads for everyone in case the pirates actually get aboard. The safe room had the ability to communicate by VHF and FLEET77 to the outside world and we could isolate and control the engines and steering of the boat as well. Once all crew were in the safe room, we would stop the engines and notify the warships in the area that they could board the yacht and take control back from the pirates.

“We had prepared for the area with a variety of counter measures, including barb wire, fixed fire hoses, an LRAD, extra flares, and line launchers (for fouling the skiffs propellers). Spotlights and the horn were ready as well.

“During each underway watch, we had four lookouts with binoculars stationed around the boat, as we realized that the most important thing is early detection of the advancing pirates. No boat projects were being done by the crew during the two days of the Transit Corridor because the only issue was early detection of potential pirates. This is the MOST important issue in my opinion...I heard about pirates boarding a boat and the first time anyone in the crew knew that something was up was when the pirates opened the pilothouse door. To me, it shows that a boarded vessel like this has lookouts that are probably asleep or not caring at all.

“How can any boat come within two miles of your vessel without proper lookouts spotting them? (I understand not seeing something in the suns glare, but how about before the pirates get into the suns glare?) Maybe it is that the crew member is thinking that whether or not my ship gets taken, I still get paid by the company, so why would it matter to me if we are taken...I don't know.

“We were traversing the 'Transit Corridor' that the MSCHOA group had set up that was travelling at 14 knots. So, we were in a designated convoy of ships leaving Point A at 0830 hours GMT and cruising 14 knots toward Point B at the end of the corridor. We could see some of the other ships travelling with us, as they were within 10 miles of us. Linda Lou was at Phase 1 security level, which is heightened security.

“It was late afternoon and our lookouts spotted what appeared to be a mother ship with four skiffs attached to it. We went into Phase 2 security, which is a potential hostile target spotted visually. All women went into the safe room and all men went to their stations and started Phase 2 actions. When we passed them, they were about two miles off our starboard side. Once we passed them, three of the skiffs took off and went into the sun's reflection behind us and then started approaching the boat.

“It was reported to me that the skiffs were still approaching, so we moved to Phase 3, which is a belief that the targets are hostile. I called the warships in the area on the VHF radio. I told them the facts of the situation and said that we were not being attacked at this moment, but the skiffs were approaching still, even though we had increased to full speed of 16 knots.

“The captain of a nearby warship came back on VHF and said they are launching a helicopter and will be with us in a few minutes. Six minutes later, a British helicopter was over our boat and the skiffs stopped their final approach of our vessel. We continued, but the helicopter stayed with the skiffs until a warship could get to the scene. Then, the helicopter came back to us to make sure we were still OK and another warship came up on our starboard side and cruised with the yacht for some miles. We never did hear what happened to the men in the mother ship or skiffs

“The military did an outstanding job and all of the crew of Linda Lou would like to thank them for a tremendous effort. Also, our security man from The Millennium Group did an amazing job with all of the security training aboard. I am also very proud of my crew, as they were calm during the entire situation and told me that all the training and drills really helped them to be ready. Because of the proper lookouts and training, we did not have to move the boat to Phase 4, which was to get everyone in the safe room, shut the boat down and notify the warships that their personnel can board the ship to take back control from the pirates."

Captain Schueler attached photos displaying their counter measures and informs us that they are currently in Dubai with guests aboard, having a great time. The Linda Lou and her crew are available for Charter with IYC proving that a sturdy boat needs a solid crew.

"It was reported to me that the skiffs were still approaching, so we moved to Phase 3, which is a belief that the targets are hostile"

"It was reported to me that the skiffs were still approaching, so we moved to Phase 3, which is a belief that the targets are hostile"

Michael Schueler
By B. Roberts