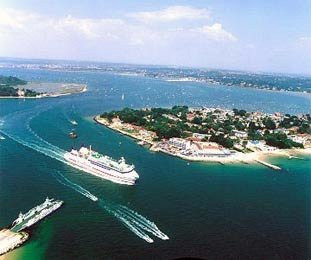 Recent plans have reportedly been unveiled by Poole Harbour Commissioners to turn Poole into the central yachting paradise of England’s South Coast.

A Bournemouth based newspaper has reported that an investment in the region of £21 million could see Poole Harbour welcome superyachts, cruise ships, Olympic sailors and world-class regattas, reported by the Daily Echo.

Poole Harbour Commissioners have been fighting for the investment after the port reportedly faced hardships. However, the impressive plans to turn the port into a luxury haven for superyachts could greatly increase the port’s popularity for the high-net-worth individual.

The plan consists of an £800,000, 55-berth miniature marina built in time for the 2012 Olympic Games, a £100,000 berth for 200m Cruise Ships, proposed space for an Eneco wind farm and a £20m, 800 berth marina at Hamworthy, past Poole Yacht Club. The Marina plans include space for superyachts, such as the 86m Feadship-built luxury yacht Ecstasea which has visited before.

Chief executive Jim Stewart told the paper “It would enable Poole to attract a lot more vessels in time for the Olympics”. Chairman Richard Lacey added, “The last major investment was the early ‘80s when we put in the two ro-ro berths and formed the port as we know it … Here we are looking at the next giant step forward.”

The plans for the expansion and enhancement of Poole Harbour is still in the starting stages, with discussions being held for a 10-acre lease for an off-shore windfarm and a major consultation and environmental impact assessment yet to be conducted.