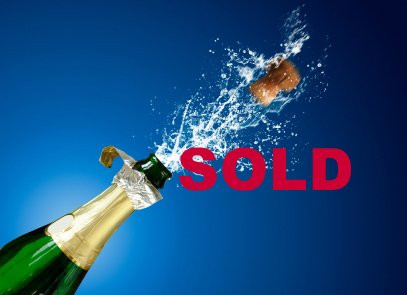 During late 2008 and into 2009 the Superyacht Industry struggled through the economic downturn as the level of sales and new orders plummeted. However, it is becoming evident that global superyacht sales are once again picking up momentum in 2010 and the trend continues into this month with the recent sales reported.

Official figures have not yet been released but March is already looking to be another good month for the industry. Brokerage firm Ocean Independence recently sold the Oceanfast built 69.50m Nomad after the buyer saw her in the last minutes of the 2009 Monaco Yacht Show. Oceanfast are testament to the current rise in sales having also sold the 28m Sunseeker UK 90 Lammouche and the 24m San Lorenzo 82 Alpha Papa last month.

According to recent reports, an astonishing twenty-eight superyachts were sold during the first two months of 2010, reaching around €300 million in accumulated worth and this figure is rising through March. January 2010 saw the same amount of yachts sold as February with fourteen sales but boasted a 250% increase in total value from January 2009 sales figures when four yachts were sold with a total value of around €32.8 million.

When the results are collected, it is evident that the superyacht sales are once again beginning to pick up momentum. Earlier in the year there was an emphasis on smaller yachts being sold, however, it is evident that larger yachts are becoming more and more popular as yachts over 40m eventually increased to eight sold in February, including the sale of two 70m superyachts, one of which is the impressive 72m Proteksan Turquoise.

Confidence certainly seemed to be returning to the market when a Sunseeker Predator 130’ sold on the very first morning 2010 Dubai Boat Show.

Demand in the superyacht industry is beginning to come from all over the world, with emerging markets such as the Gulf region, China and South America all actively embracing the superyacht lifestyle. Due to the rise in demand across the globe, brokers have been taking a global viewpoint on the market. For example, brokerage firm Northrop & Johnson recently opened an office in Hong Kong and Trinity Yachts opened a new office in Abu Dhabi to meet new potential markets head on.

Industry professionals all over have also made efforts to work around the issues of the financial downturn. Yacht Plus devised the Fractional Ownership Scheme, an alternative and recession friendly method of accessing the superyacht lifestyle which may also bring fresh blood into the market. The Fractional Ownership Scheme invites owners to buy an eighth share in one of their identical superyacht fleet, which together form the revolutionary YachtPlus 40 Signature series. Owners receive allotted time periods each year for a fraction of the price of sole ownership. Ocean Pearl, the second superyacht in the YachtPlus fleet, has recently launched to join her sister yacht Ocean Emerald in the fractional ownership scheme.

After a promising start to 2010 for the superyacht industry, it looks set to be an interesting year for the industry worldwide. With positive sales reports across numerous publications and an increasing interest from emerging markets around the world, sales should gradually continue to grow bringing more and more buyers back to the brokers.

"Demand in the superyacht industry is beginning to come from all over the world, with emerging markets such as the Gulf region, China and South America all actively embracing the superyacht lifestyle."

"Demand in the superyacht industry is beginning to come from all over the world, with emerging markets such as the Gulf region, China and South America all actively embracing the superyacht lifestyle."