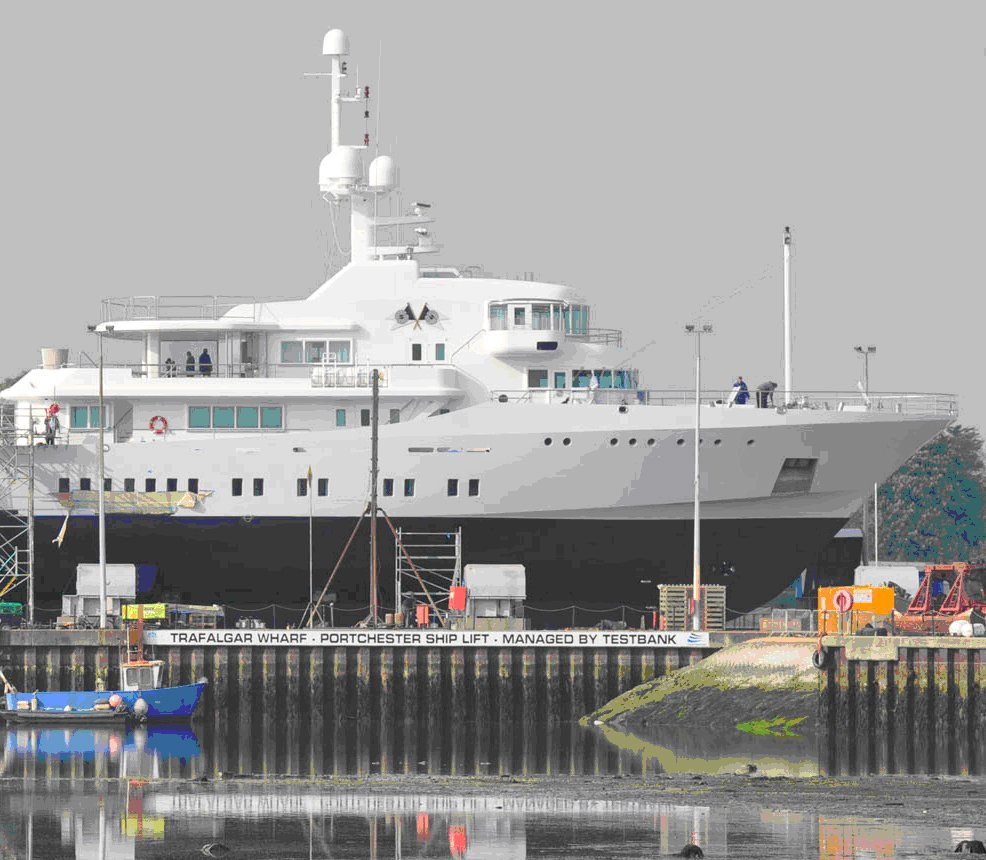 Most of the refit was carried out at the Testbank Ship Repair facility in Portsmouth Harbour, using the company’s 1,000 tonne Rolls Royce syncrolift; one of the biggest of its kind in the south of England. The yacht's final checks and trials completed at the Southampton Docks.

After enclosing the superstructure, aft deck and boat house, the team replaced all fittings and carried out a series of protective measures alongside repairs to caulking and teak deck boards. All of superyacht Senses’ areas were sanded down, refilled and repainted with her black water tank renewed.

Up to 30 Testbank staff were at work on the refit at any given time, led by Technical Director Brian Needle and Works Manager Steve Beck.

Testbank Managing Director Jason Coltman said: “It is without doubt the biggest yacht we have ever worked on in Portsmouth. The skipper and the owners’ representative were over the moon with both the facility and the Testbank staff and were delighted that everything went so well.”

Their work on superyacht Senses caps a busy year since Testbank reopened the ship facility on the Portchester waterside after five years of decommissioning. Thirty five vessels have so far been hoisted, beginning with the Serco Denholm cargo ship Teesdale in June 2009, making the Testbank facility ideal for refitting and repairing superyachts, pilot boats, tugs, commercial ferries and naval vessels.