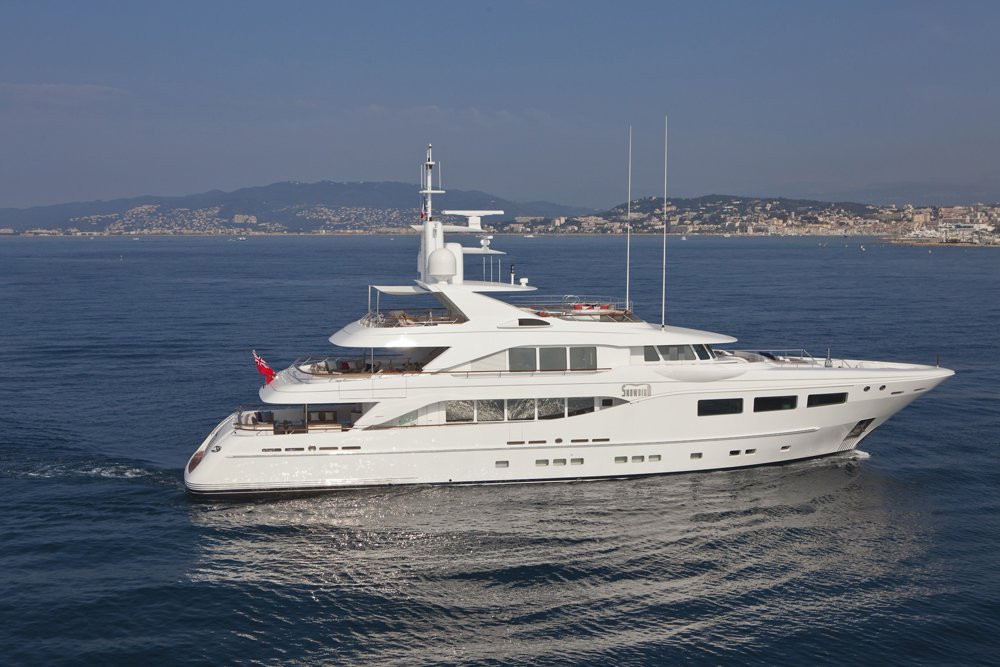 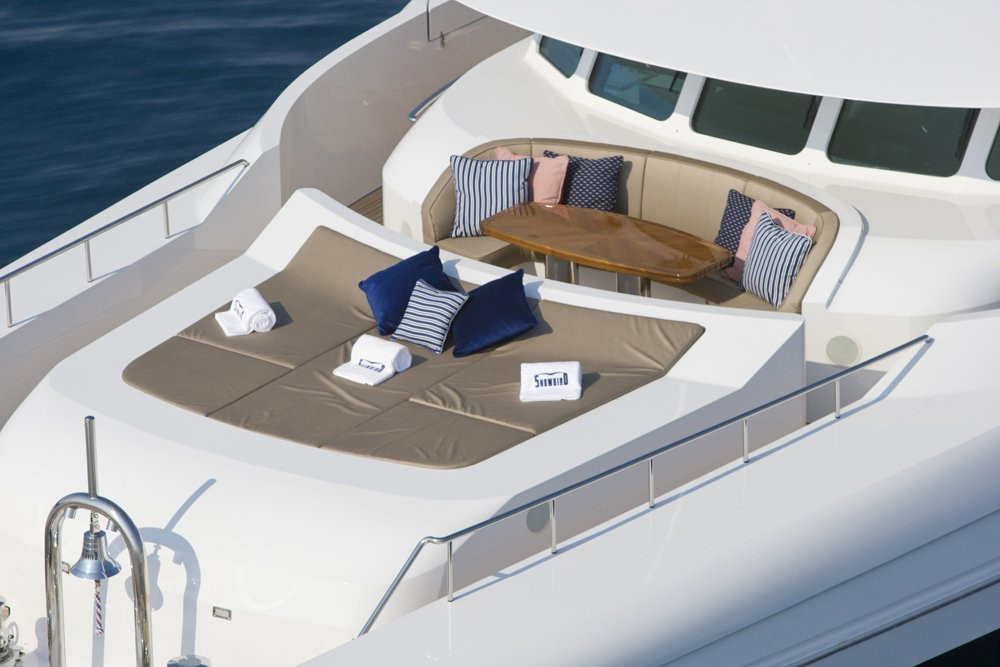 Delivered just a month ago, the 39m SnowbirD received notable acclaim recently when it was named one of the top three yachts out of 85 vessels at a charter show in Genoa.

The yacht’s outstanding interior, created by Iluminus Design Group, is, without doubt, the founding reason as to why SnowbirD gained such high acclaim at the show.

The full-beam owner’s suite includes a stateroom with a king-size bed, a large walk-in wardrobe, and a private study. As well as the lavish owner’s suite, SnowbirD holds four other guest cabins on the lower deck, consisting of two double VIP cabins and two twin-bed guest room all with ensuite bathrooms.

However, it is the yacht’s lavish art collection that makes this a truly unique vessel. Its owners are passionate art collectors and have adorned the yacht with valuable and distinctive works from the early 20th century up to the modern day.

At the forefront of the design was David Ostrander, owner of Iluminus Design Group, who was brought in to “spice things up” at a time when the yacht’s interior was in some need of help. The yacht was bought by the Ostrander family after her former owners decided to sell.

“It’s been a floor to ceiling complete makeover of the boat,” Mr Ostrander told Superyachts.com, “and I think we’ve really achieved something special and unique in the industry.”

A huge art enthusiast himself, Mr Ostrander called upon the guidance of Todd Hutcheson, a former New York gallery director, to help choose the art work that would feature on the yacht.

“We had a wonderful dialogue and spent a week on the boat measuring every wall and finding pieces both from private collections – both first hand and second hand markets – to build the interior around,” Mr Ostrander said.

“The pièce de résistance is the first piece that drove the whole thing - by Roy Lichtenstein.” The work in reference is the famed Shipboard Girl, an iconic piece of art which uses the modern pop-art movement to depict a serene girl on a yacht.

"It is the nexus of the rest of the collection on board. It depicts this ecstasy face and it’s just got such a fun, happy feeling and that’s how we want people to feel when they’re on board.”

SnowbirD offers accommodation for up to 10 guests, and is also capable of carrying up to 6 crew.

"I think we&rsquo;ve really achieved something special and unique in the industry"

"I think we&rsquo;ve really achieved something special and unique in the industry"