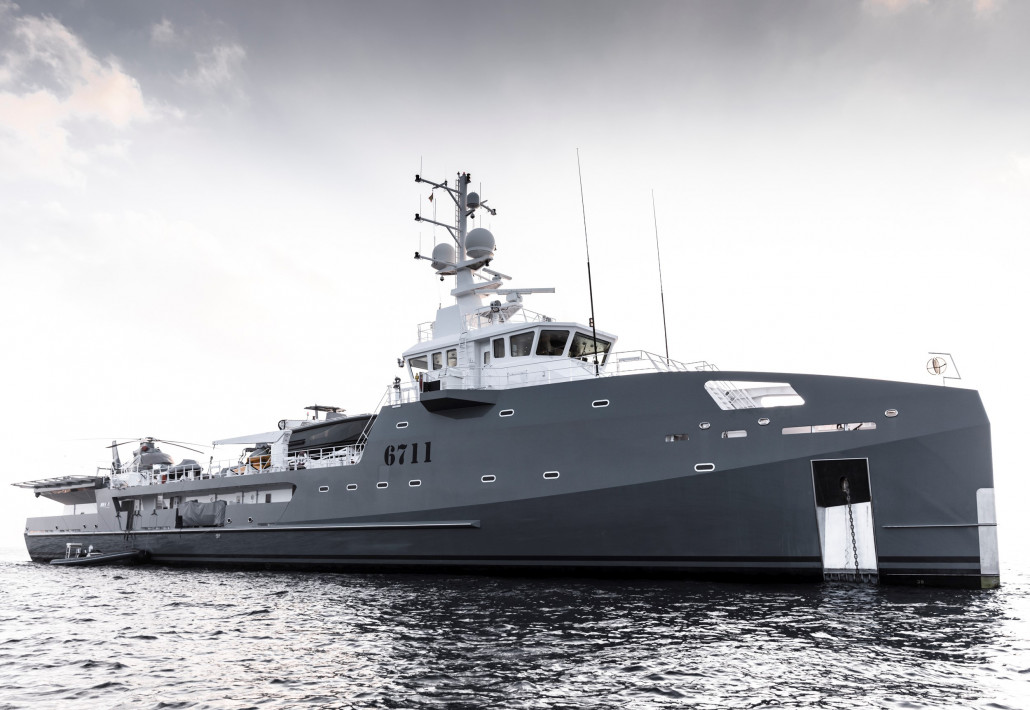 Following our exclusive interview discussing the factors behind the rise in popularity of support vessels, Imperial Yachts has today announced the successful sale of Fast Support Vessel 6711.

The 67-metre DAMEN-built shadow yacht is an ideal example of the Sea Axe range, a boat built to carry everything the modern adventurer requires; from submarines to helicopters.

The core attraction of the Fast Support Vessel itself is the sheer space and capacity to carry heavy-weight luxury goods such as cars, submersibles, biplanes or even an entire entourage of professionals to make the experience of cruising the world unique.

The Fast Support Vessel 6711 is one example of a fleet of shadow yachts, maintained to the highest standards since her delivery by the Imperial team - who oversaw the entire project - and shortly after making her world debut at the Monaco Yacht Show 2017, has proven the rule of popularity by finding a new owner.