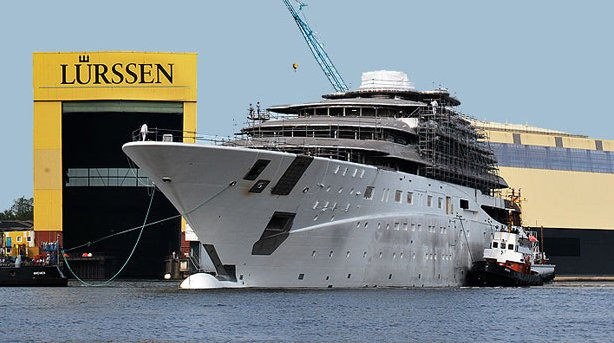 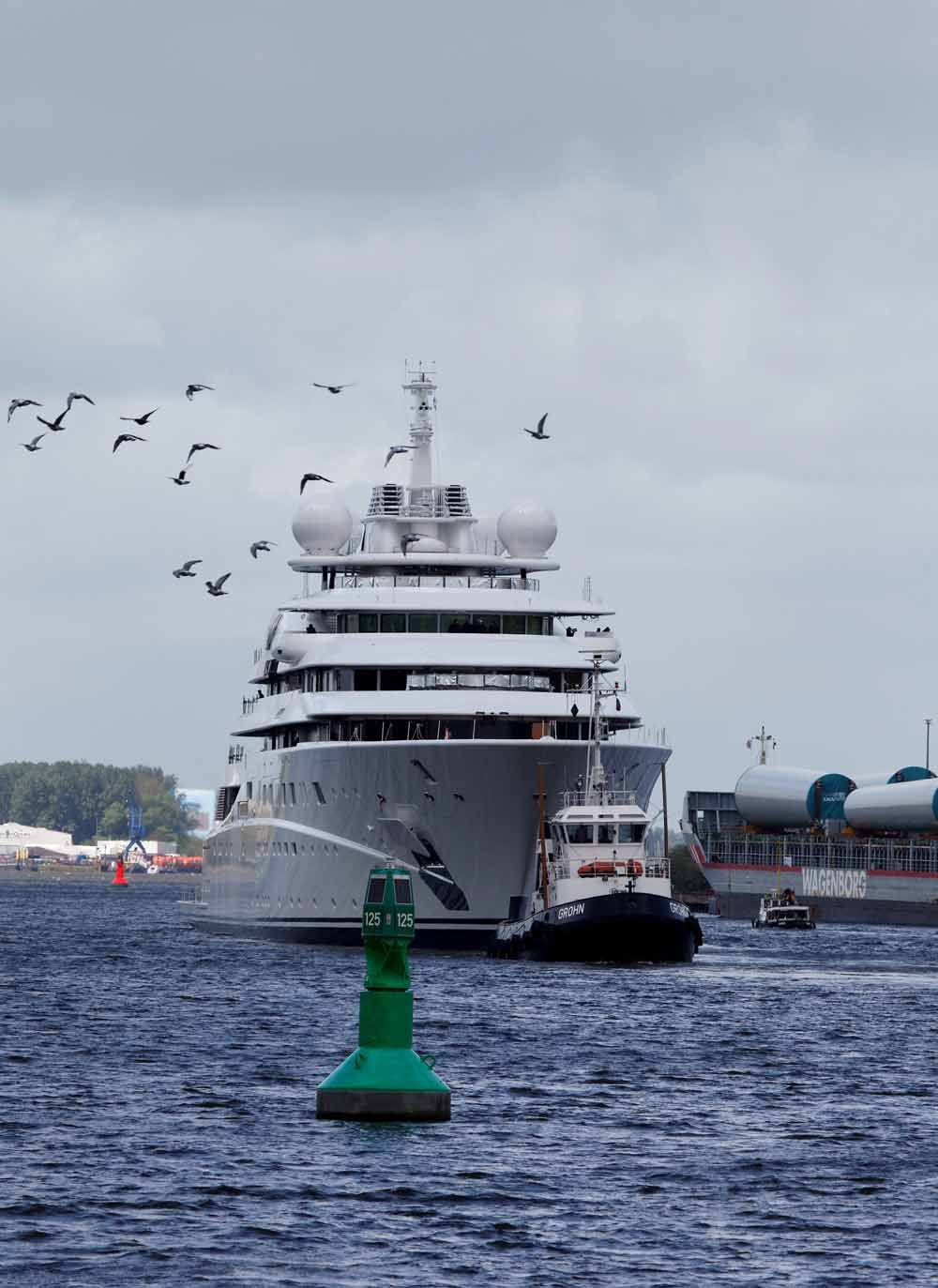 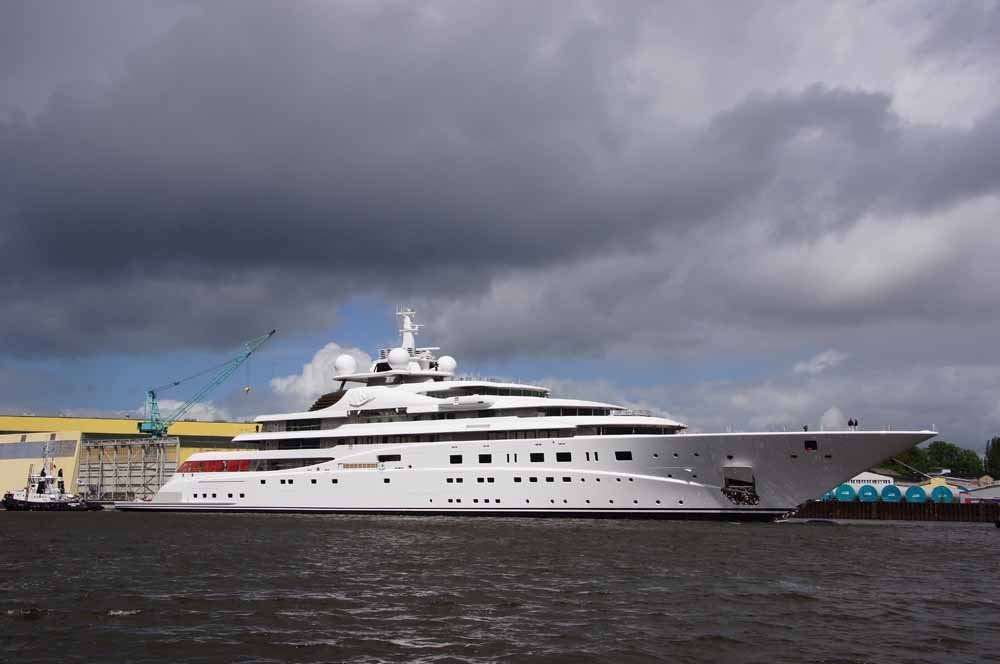 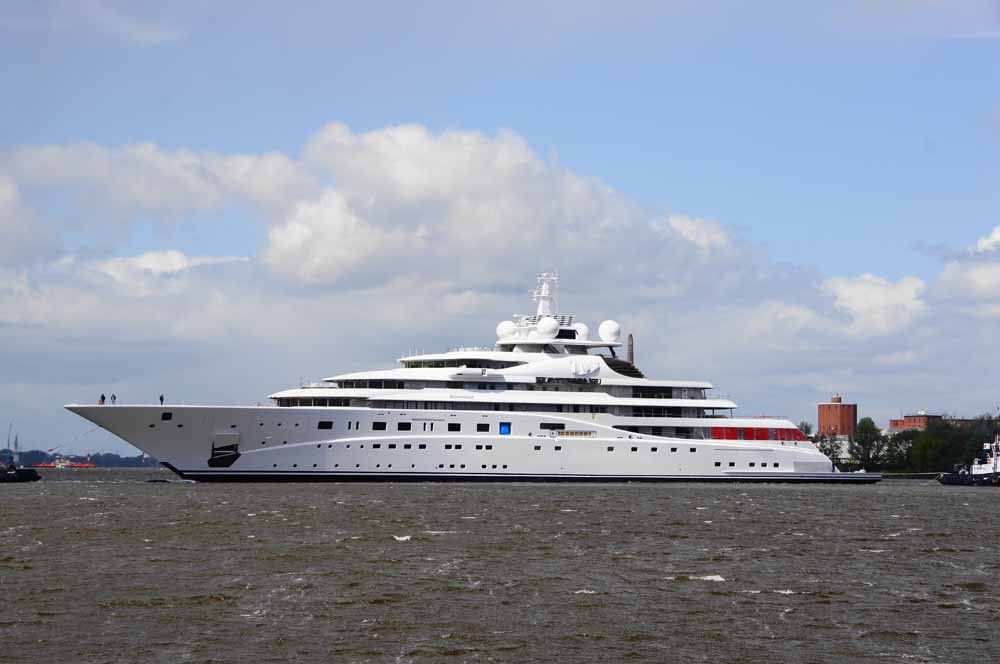 At the start of her construction Topaz was forecast to be the fourth largest yacht in the world measuring an unconfirmed 147m (482’3’’ft). Now, having only just left her floating shed at the Lürssen facilities in Bremen, Germany, she is ready to seize the title and undergo the final phases of construction.

Like all major superyacht new-builds, Topaz is shrouded in mystery. All we know about this ethereal sea giant is that her vast size is reported to be between 144m to 147m alongside her position as the second largest yacht ever to be launched by the revered German shipyard after the 155m Al Said.

We’ll be reporting on more details as they emerge; however the only thing we can say for sure right now is that we are very much looking forward to tracking her career on the water across the future.

For more photos and an insight into her position in the World's Top 100 Largest Yachts rankings, click here.