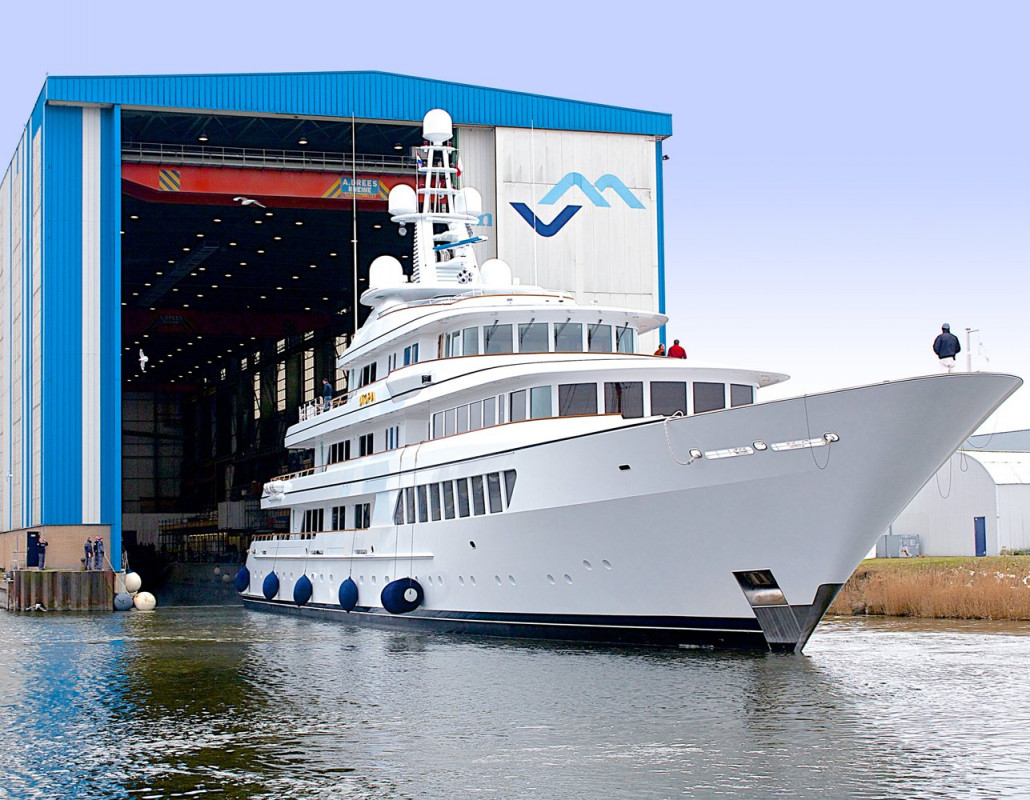 Feadship has announced the return of the 71.60 metre Feadship Utopia for a range of maintenance activities and technical upgrades.

Originally launched in 2004, this is the second time Utopia has returned to Feadship for a refit, the first being a successful project in 2007 to personalise the yacht to her then new owner’s requirements. “The main reason to come to Feadship for a refit is to retain the essence of how the boat was built and ensure she remains of the highest pedigree possible in the world today,” says Utopia’s captain, Kevin Paul Collins.

The main activities involved in the project are repainting the hull and superstructure, adding a new coat of underwater antifouling, installation of a new A-Sea shore power convertor, installing a new HMSA sewage treatment plant to meet the latest IMO requirements, and reconditioning the teak decks. Feadship will also carry out a wide range of minor maintenance jobs on the exterior, interior and machinery systems as Utopia is brought – quite literally – to better than new status.

“We are both delighted and proud to have Utopia back for the second time since her launch,” says Ico Vergouwe, Refit Manager at Feadship. “This shows how both the owner and crew feel confident that Feadship offers the best service at a reasonable price, making sure that Utopia keeps her high value. It is also pleasing to note that our open approach makes it attractive enough for an owner to bring a yacht back to the Netherlands even when this means adapting his schedule to fit in a tight refit slot.”

Captain Collins, who has been at the helm of Utopia since May 2011, agrees. “Although we have covered some 46,000 miles over the past two years, Utopia has been exceptional. She has also been very well maintained and we could easily have waited another year for this refit. However, when he heard that a dock was available in March the owner changed his cruising plans and sent us off on our third Atlantic crossing in seven months. It is definitely worth the effort as the owners get a better product… And it is a great experience for me as skipper to take a signature Feadship like this back to the yard. It gives us all a real sense of pride.”