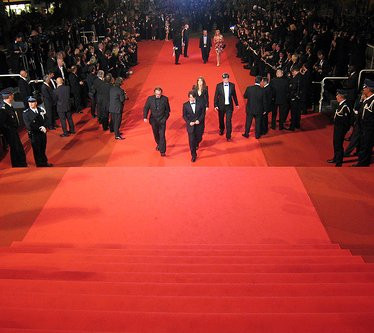 Superyachts at the Cannes Film Festival 2010

The 63rd Cannes Film Festival opened last night with the exclusive screening of Ridley Scott’s new blockbuster, Robin Hood. The 63rd edition of the iconic festival, which has welcomed some of the most loved and talented people in the film industry, is attracting some truly stunning superyachts, too.

British Director Ridley Scott presented his brand new film, Robin Hood, to a star-studded audience last night as the festival was declared open. The new, highly acclaimed film is a re-telling of the story of the ‘Prince of Thieves’ and his origins.

First to ascend the legendary steps into the screening were those who helped to create the film, including its leading stars Cate Blanchett and co-producer Russell Crowe.

Alongside the major attractions of cinema’s best and brightest, Cannes acts as a hub for luxury superyachts during the festival.

The spectacular 82.9m Signora Del Vento, or ‘Lady of the Wind’ has been seen at the event, representing automotive company Lancia. The giant sailing yacht was built in 1962 by Gdynia Poland with a major refit project in 2007 meticulously maintaining the elegant vessel.

S/Y Signora del Vento is able to accommodate for up to 58 guests in the luxurious comfort of 20 double and 7 single rooms. Holding 3000sqm of canvas under full sail, the classic yacht is a striking sight to behold at the Cannes Film Festival.

Another superyacht sighted in the area is the 126m motor yacht Octopus, which features exterior design by Espen Oeino. The magnificent yacht currently sits at number 9 in the Superyachts.com Top 100 World's Largest Yachts listing.

Built in 2003 by Lurssen Yachts and refitted in 2009, Octopus holds a powerful exterior style, with interior design by Jonathan Quinn Barnet. Among the many features onboard motor yacht Octopus, she holds a movie theatre and music hall, two submarines, a large swimming pool and two heli-pads.

Motor yacht Octopus is believed to be the venue for a high-flying party at the Cannes Film Festival this year.

Since its inception, the glamorous Cannes Film Festival has celebrated the work of some of the most talented actors and directors from around the world. Throughout the festival, Cannes welcomes representatives of global cinema to witness revolutionary films alongside providing some of the most exclusive parties in the industry.