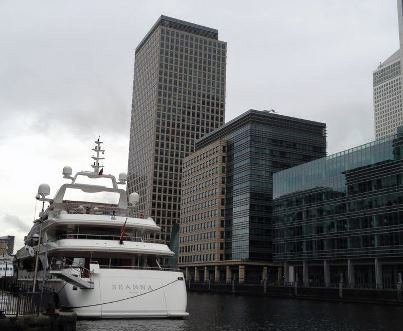 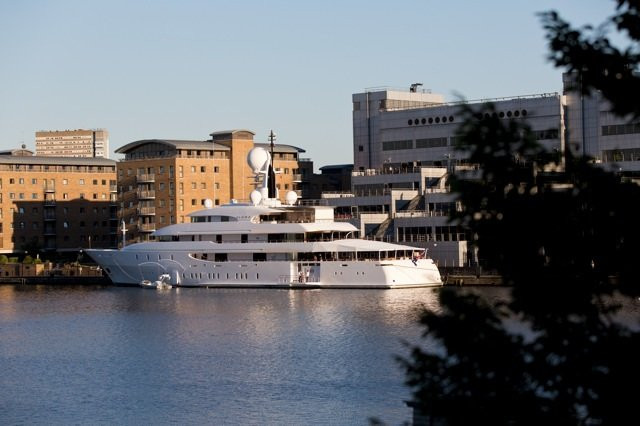 Superyachts Drop Anchor in the Thames for London 2012

From today, ten of the world’s biggest privately-owned superyachts have now arrived in London for the start of the 2012 Olympics.

Dwarfing the usual array of maritime craft normally seen on the River Thames, some of the world’s biggest and most expensive superyachts never before seen in London have dropped anchor in the Capital’s prime Olympic locations. London’s Canary Wharf has been transformed into a playground for the superyachts’ glamorous owners. VIPs and celebrities will be stepping onboard next week to enjoy the ultimate Olympic experience.

The Australian co-founder of the Westfield Group, Frank Lowy, owns the 74-metre superyacht, IIona, which arrived at Canary Wharf today. Ilona can accommodate up to 16 guests and has a crew of 28. She also boasts a cinema, a massage room, gymnasium and even a helipad.

Octopus – currently the world’s eighth largest superyacht and owned by Paul Allen, the co-founder of Microsoft – also arrived this weekend. Octopus has a pool on board and two submarines including one operated by remote control for studying the ocean floor. She also has side hatches at the water line open to form a dock for jet skis.

Superyacht advisory company MGMT has been preparing for the arrival of the vessels in London for over a year and will be offering the best positioned berths in London, a 24 hour concierge service and access to the all the major Olympic events.

Benjamin Sutton, Director of Communications of London-based MGMT, said: “It’s absolutely fantastic to see so many of the world’s most glamorous superyachts dropping anchor in the heart of London.

“With the Olympics starting this week, these magnificent yachts will be another visual spectacular for Londoners this summer.”