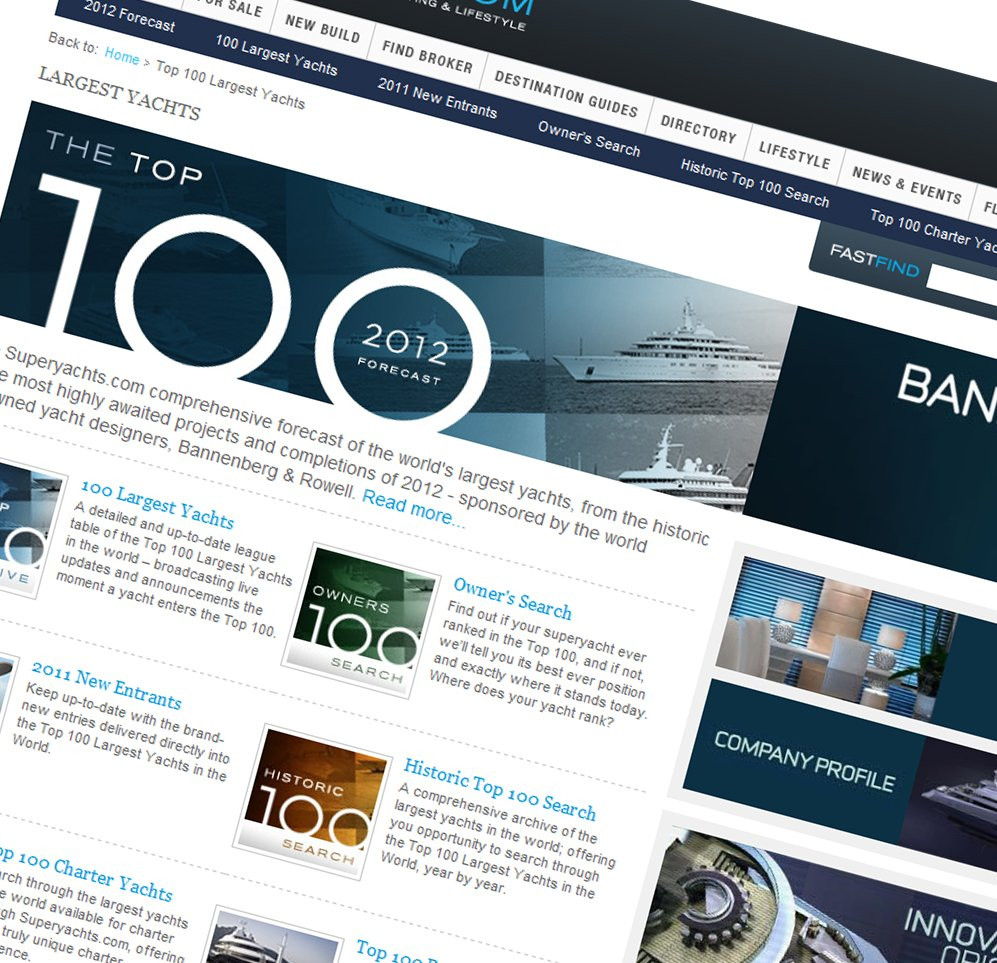 The Superyacht Industry produced a huge range of ground-breaking luxury vessels in 2011, introducing over 170 yachts into the water amidst a global minefield of financial uncertainty. However, out of the 170, nine remarkable vessels made it into the top 100 and proved high-net-worth individuals across the world still had a healthy appetite for the dramatic.

The largest launch of the year came in the form of Yas, a distinctively styled giant which measured an outstanding 141m. Still awaiting delivery, this unique superyacht entered 6th position in the Top 100 after being launched by the UAE-based ADMShipyards in November; acting as the definitive event of the year for the Superyacht Industry.

At the beginning of 2010, we predicted that 17 yachts would hit the water over the course of the year. Out of those 17, 16 were successfully launched.

Matching the accuracy of our predictions in 2010, we then forecast that a total of 11 superyachts would launch over 2011; however, when only nine took to the water, we discovered that out of the two hulls predicted to launch from Marco Yachts, one hull had been cancelled and the other moved to New Zealand under the name of Weta; effectively moving the launch date back to 2013.

Now, Superyachts.com can proudly predict that 11 yachts will launch across 2012, bringing in some of the biggest new names on the water.

The leading superyachts set to officially launch this year include the 147m Topaz, an incredibly secretive project from Lürssen Yachts which will not only be the talking point of 2012 but the third largest yacht in the world.

It’s helpful to note that back in 2007 a yacht measuring 62m would have easily earned a significant place in the Top 100 Largest Yachts listing, whilst a 60m entry would have still made a modest impression in 2006. However, this being said, times do change, and only yachts over 73m could reach the bottom rungs of the top 100 in 2010 and 2011.

So as these formidable yachts continue to grow in size, Superyachts.com looks forward to bringing you the latest updates and breaking news surrounding the Superyacht Industry and the largest yachts in the world over the course of 2012.