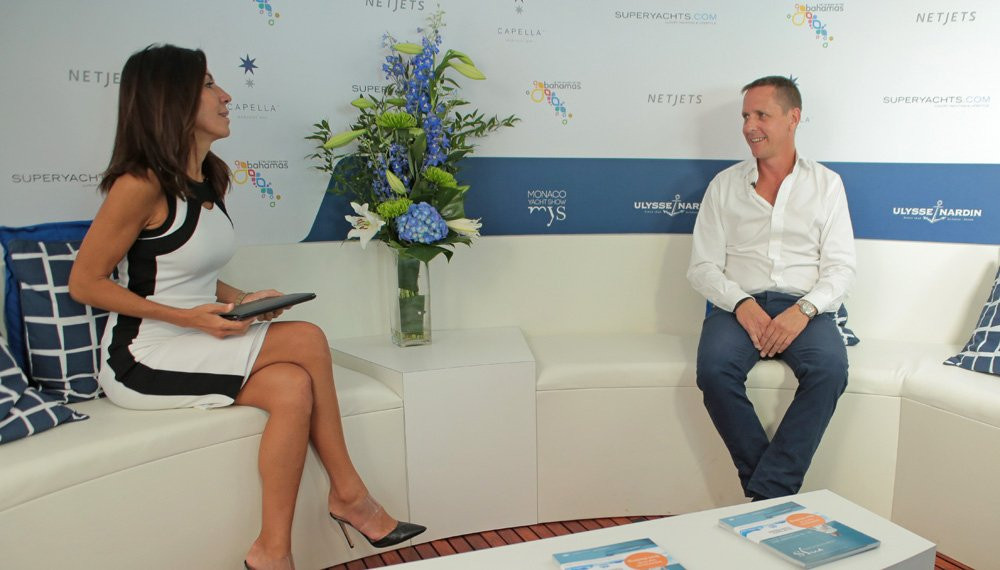 Brokerage house SuperYachtsMonaco has developed a global reputation for its sales and consultancy work on supersized yachts.

On the second day of the 2015 Monaco Yacht Show, we sat down with Jim Evans, Managing Director of SuperYachtsMonaco, to learn more about the company’s latest big project and to hear his thoughts on the current state of the new build market.

We began by asking Mr Evans about the Heesen 51 metre project currently occupying a significant portion of his time.

“We’re expecting the keel to be laid in November amd there will be a ceremony to mark that as usual, and then construction will start in earnest at the beginning of next year.

As for the new build market, as he casts his eye over the bustling Port Hercule at the Monaco Yacht Show, Mr Evans sees plenty of cause for optimism.

“I’m quite positive about that as well,” he says. “Obviously in the top end of the market , where there is less capacity, demand it is outstripping supply shall we say. The lower down we get, the smaller in size we get, it’s more competitive of course. But in general over 40 metres we see lots of activity and a very positive outlook.

You can watch the full video interview with Mr Evans above this article.