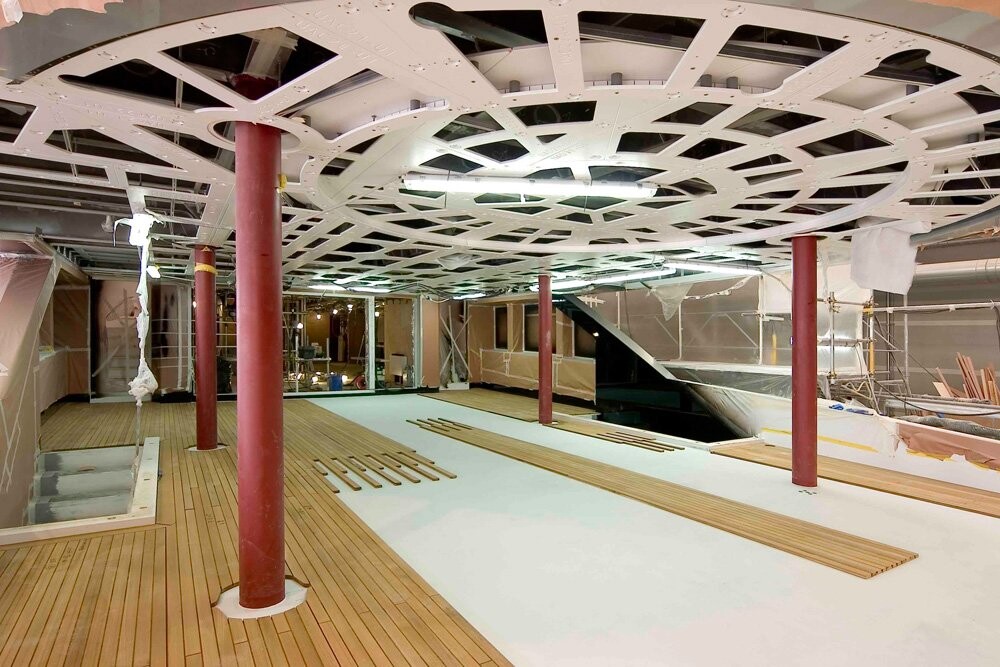 Tankoa have confirmed an active period following the two orders contracted in the past 13 months as well as serious negotiations surrounding several yachts between 50 and 80 meters.

Karsenti recently told us that “the numerous clients’ representatives and surveyors that visited us in the past few month have all been unanimous. They found in Tankoa something they never encountered anywhere else in Southern Europe”. Contenti adds: “It is the living proof there are a number of buyers that recognise that Italy has a serious edge when it comes to flexibility and are ready to pay a slight premium for the quality and durability that only Tankoa can offer”.

Tankoa are not only experiencing one of their busiest periods, but are preparing to launch the S693 in 25 days.

Contracted in March 2014 by a loyal client, the yacht will be moved out of the shed on June 15th to be prepared to be launched the week of June 22nd .

The yacht, with a displacement of apx. 1,000 tons at launch, will be moved to our floating dry-dock for technical tests before touching the water for the first time. From July 1st until the end of the month, the yacht will undergo onshore testing, sea trials and stability tests, and all the necessary Class endurance runs.

The yacht will start cruising in second half of August after all the owner’s supplies and toys have been safely installed onboard. Tankoa S693 will be exhibited and officially presented to the brokerage community and the industry at the 2015 Monaco Yacht Show.