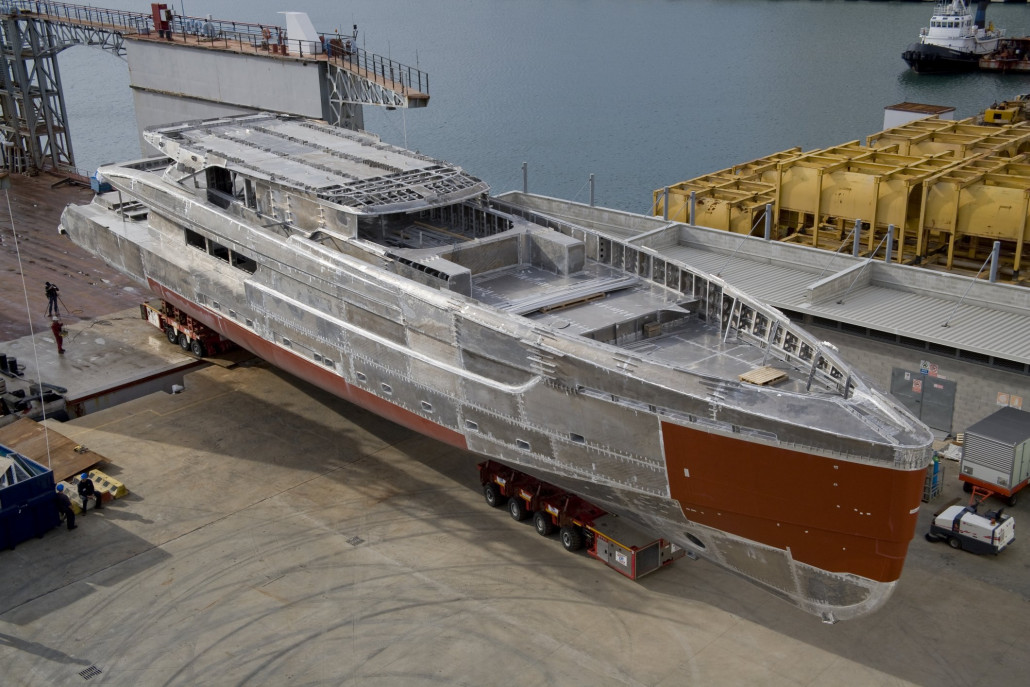 Sold early last year to a French client, construction on the 50-metre vessel began last May and has recently reached a number of significant milestones, including the completion of her aluminium hull, deck and superstructure.

The in-progress yacht, which is a joint partnership between Tankoa Yachts and global sales and marketing agent Yacht-Ology, has subsequently been moved from Marina di Carrara on the southwest coast of Italy to its completion shed in Genova.

Billed as offering a “perfectly balanced and fluid timeless design”, the S501 project will be a six-cabin yacht including main deck full beam master and VIP suite and four lower deck guest cabins.

Interiors will be the work of Francesco Paszkowski Design Studio in cooperation with Margherita Casprini and should reflect a "modern but warm" atmosphere.

Other notable features will include floor to ceiling windows, hydraulic balconies in the master cabin and on the aft deck, three large sun pads, three external dining areas, a gym, home cinema, and a seven-metre tender garage.

This first model of project S501 will be in its full displacement version, offering a range of 5,000 Nautical Miles at 12 knots and 16 knots top speed.