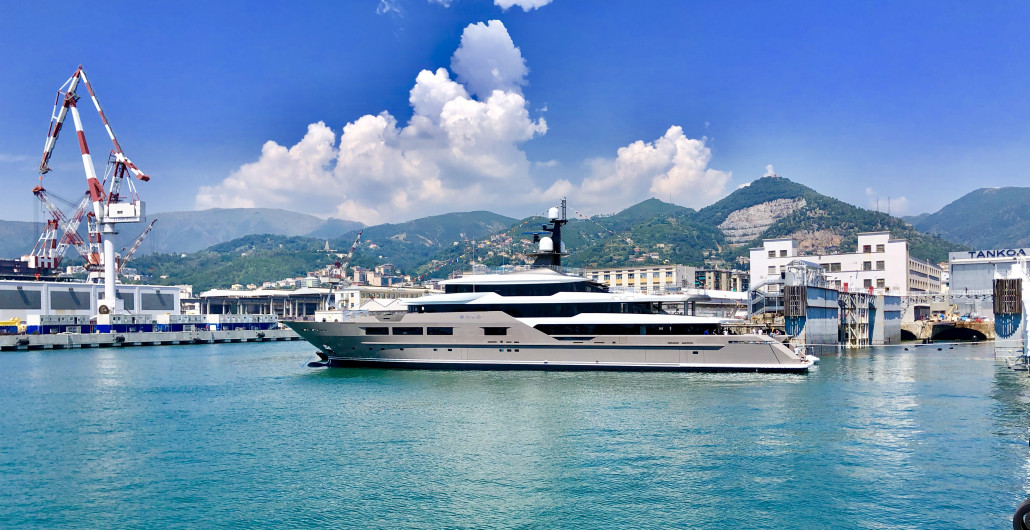 Yesterday marked a special day for Tankoa Yachts as it launched superyacht project S701 named Solo in the port city of Genoa, Italy. Sold in September 2016, the extraordinary 72-metre motoryacht is the buyer's second build with Tankoa and the delivery to the experienced European client is set for November 15th 2018.

Tankoa’s CEO, Euro Contenti  commented, “As  much as  we were happy  to see the client  so happy and excited  on the dock together with  his family, we are truly proud  to have developed such trustful relationship  with such knowledgeable owner. Solo will be exhibited in  Monaco and will surely be a show stopper as she is an  exceptional yacht that will demonstrate that Tankoa is THE alternative  to Northern European shipyard to build a high - quality yacht at reasonable  cost and extreme flexibility.”

Designed by Francesco Paszkowski with interior styling by Margherita Casprini, M/Y Solo features a number of key differences within her build, layout and design in comparison to the reminiscent 69-metre M/Y Suerte. Features which include her longer LOW, which allows an optimised top speed of 17 knots with reduced consumption along with a volume of around 1,600 GT.

Solo can accommodate up to 12 guests in a six-stateroom layout including a master suite located on the vast private owner’s deck which also has direct access from the touch-and-go helideck aft. There is also a VIP suite and four doubles (two of which can be converted into twins) which are situated on the main deck. A hairdressing/massage room and the owner’s study can also be converted into additional cabins as they are both equipped with an ensuite bathroom. Solo’s sofas and seating areas are from Fendi Casa’s latest collection.

The owner’s rep comments, “Solo is  destined for  charter and the  owner’s brief called  for a circulation plan  that allowed the crew to  work completely independently  from the owner and guest areas  for maximum privacy. He further requested  a décor that is modern, elegant and warm.  Both the GA and décor are the result of a collaborative  effort by Francesco Paszkowski and Margherita Casprini”.

M/Y Solo will make an international debut at this years Monaco Yacht Show from the 26th to 29th September 2018.