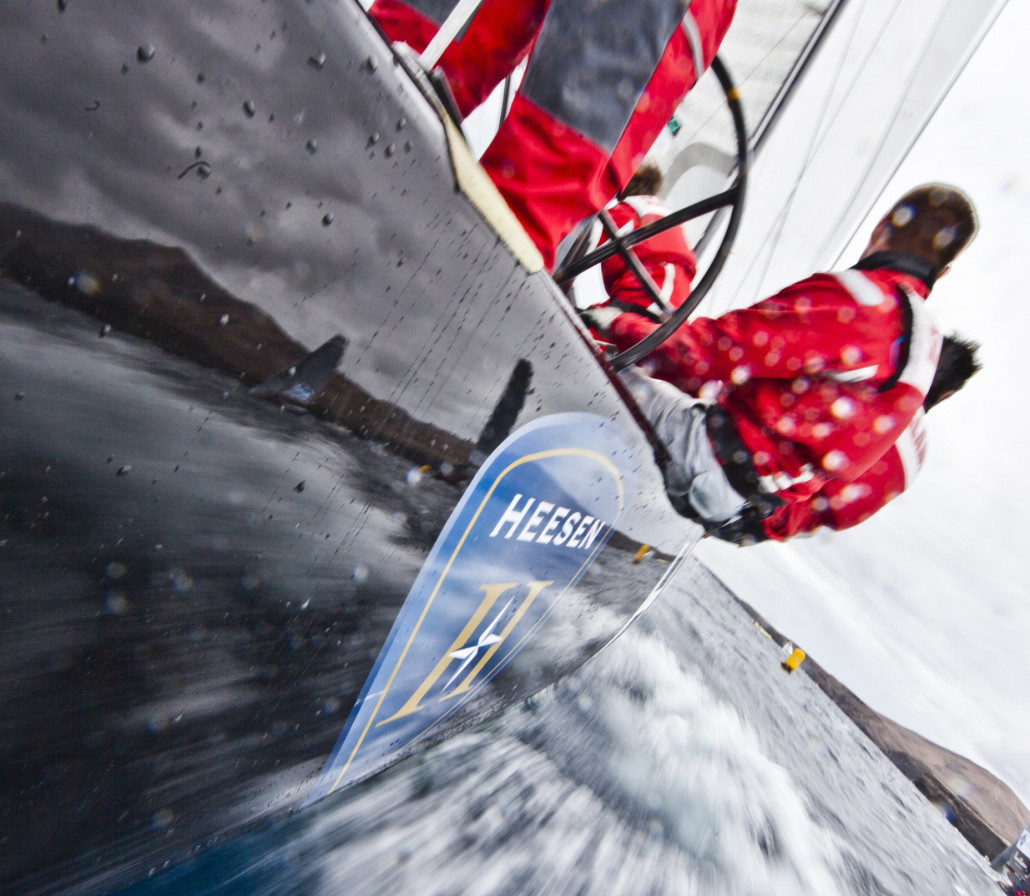 Heesen Yachts, one of the world leaders in the design, engineering and construction of luxury superyachts, has today announced that Team Synergy took third place in the match races at the RC44 – Puerto Calero Cup, held in Lanzarote, Canary Islands.

Fourteen teams returned to Puerto Calero this year to start the 2012 edition of the RC44 Championship Tour, three months after the final of the RC44 World Championships. The battle for the Puerto Calero Cup, the first leg in this year’s circuit, was waged in open waters. The race is held in the region due to the challenging racing course Lanzarote has to offer; making it one of the best sea sailing venues in Southern Europe. A wide range of sailing conditions gave the teams a great challenge at their first appearance after the winter break.

Team Synergy, led by America’s Cup sailor Ed Baird won five out of six match races, placing third in the overall ranking. The team was less fortunate in the fleet races, where they ranked 13th due to a series of major break-downs.

Valentin Zavadnikov, co-owner and captain of Team Synergy commented: “The team is well-prepared and ready to compete with the best sailors in the world – our performance in match racing proves it. Two days in the beginning of the fleet-racing were tough for us when we had an unprecedented amount of breakdowns. That certainly affected our results in this part of the regatta in a negative way. But our main goal is to have a harmonious and well-working team and we are close to achieving it”.

Leonid Lebedev, co-owner of Team Synergy said: “Ed Baird is the highest-level professional and he fits into the team perfectly. But in fleet racing, where the owners are at the helm, he calls tactics conservatively to save us from the extreme situations. But there are no wins without risky moves. I'm sure, we'll find right rhythm in the nearest future and we are going to have better results”.