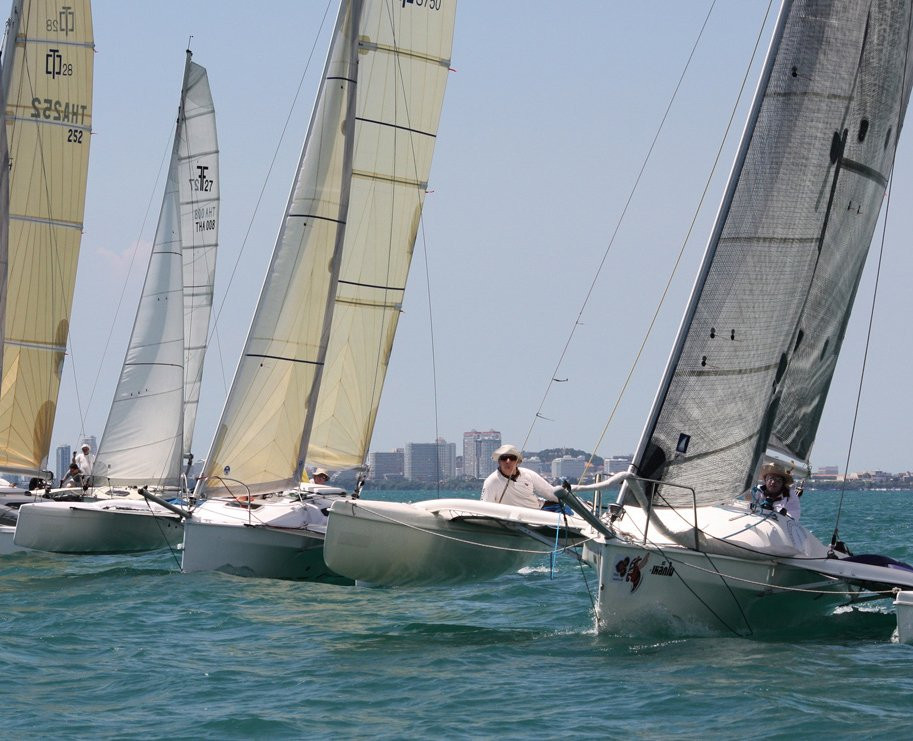 Thailand has recently been voted the favourite sailing venue and best regatta location in Asia after a survey, conducted at the 2011 Phuket King’s Cup Regatta, gathered the thoughts of sailors from around the world.

With Thailand’s breath-taking sailing grounds and destinations, excellent geography and exciting weather, ‘Top of the Gulf Regatta’ conducted a survey in co-operation with the Phuket King’s Cup Regatta with the aim to find out sailing trends in the region and found Thailand top of the list.

The survey found that Thailand is a popular sailing destination for international sailors, with many returning numerous times to enjoy the cruising grounds and sailing events Thailand has to offer. There are five major regattas in Thailand that local and international sailors are aware of and have participated in, including the Phuket King’s Cup Regatta, Top of the Gulf Regatta, Phuket Raceweek, Samui Regatta and the Bay Regatta – Phuket, Phang Nga, Krabi.

Thailand's Andaman Coast, home of the Phuket King's Cup, Phuket Raceweek and Bay Regatta is well established as a cruising and regatta destination. On the opposite coast, the Gulf of Thailand, the Top of the Gulf Regatta continues to grow attracting a large mixed fleet of 200+ boats each year from youths sailing in dinghy classes, to beach catamarans, multihulls and the big boat monohull fleet.

Asia continues to be a popular sailing area with 32% of the respondents saying they have been sailing in Asia for more than 10 years, 14% for 4-6 years and 40% were newcomers (having sailed in Asia for only 1-3 years).

When asked how they found out about regatta’s/sailing events in Asia, 74% of respondents said “Friend/ Sailing community”, followed by 54% who said “specific event website”.

One of the aims of the survey was to find out what kind of people, and from where, attend the Phuket King’s Cup Regatta, and other sailing events in Thailand. It was found that participants in the Phuket King’s Cup Regatta are truly international with 32% from Europe, 23% from Australia and New Zealand, and 20% from Asia, as well as strong participation from US, and Russia.