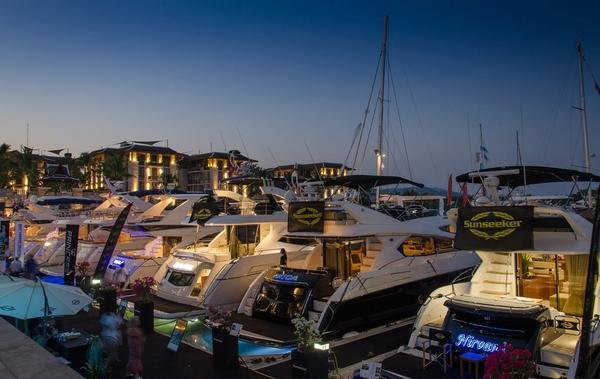 At a public meeting in Phuket last Friday, Ministerial approval was confirmed for foreign-flagged superyachts to be able to apply for a special charter licence to operate commercially in Thailand’s waters.

The historic move is expected to provide a significant stimulus to yachting activity in South East Asia and to the future prospects for the whole boating industry.

Andy Treadwell, owner of the Singapore Yacht Show and one of the industry stakeholders driving the discussions with Thailand's Minister of Transport, said: "We believe this will be the beginning of a major shift of charter business to Asia in the winter seasons.

“It's a fantastic result for the yachting industry here, and we congratulate the Thai Government for the highly proactive stance they have taken with this initiative and the speed with which they have approved it."

The launch of the new Phuket Yacht Show in the coming months will be critical to placing Thailand on the international yacht charter map.

Treadwell continued: "Phuket will be the principal hub for the long awaited 'third destination' for charter yachts – now a highly attractive alternative to the Caribbean after a summer in the Mediterranean.

“We are gearing up to promote it to all existing superyacht owners and charter brokers, as well as to the thousands of new potential charter clients in Asia."

As an already popular destination for luxury travel, Phuket is perfectly positioned geographically and able to offer strong infrastructural support to an inbound fleet of superyachts.

It is the first and most logical stop-off point after crossing from the Mediterranean before heading south to Malaysia, Singapore, Indonesia and on to Australia and New Zealand.

There will soon be well over 100 permanent superyacht berths following considerable investment at the Yacht Haven and Ao Po marinas, bolstered by a wide range of local maintenance and service providers, making Phuket the largest cruising hub for luxury yachts in South East Asia.