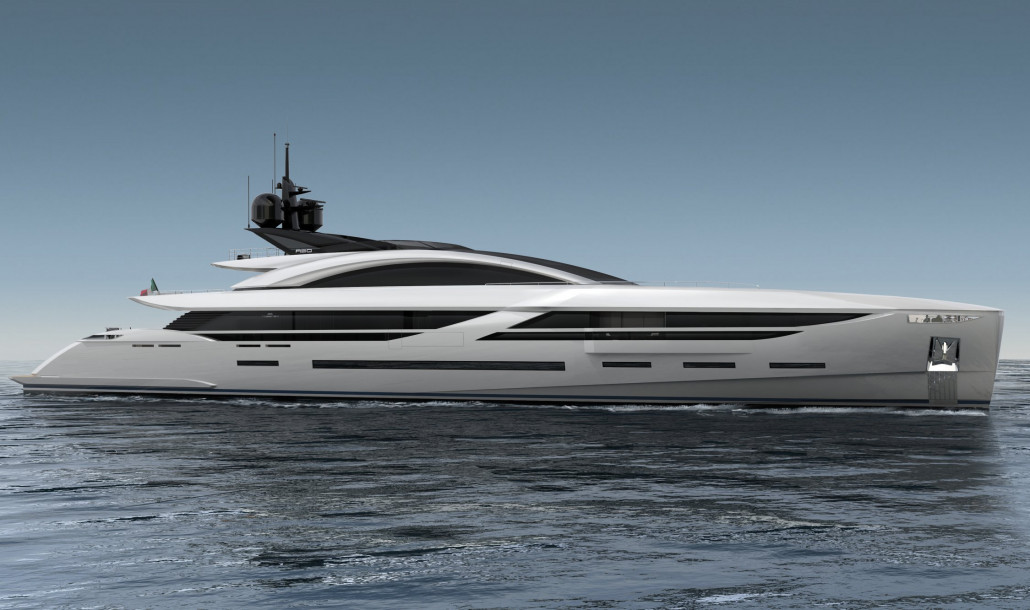 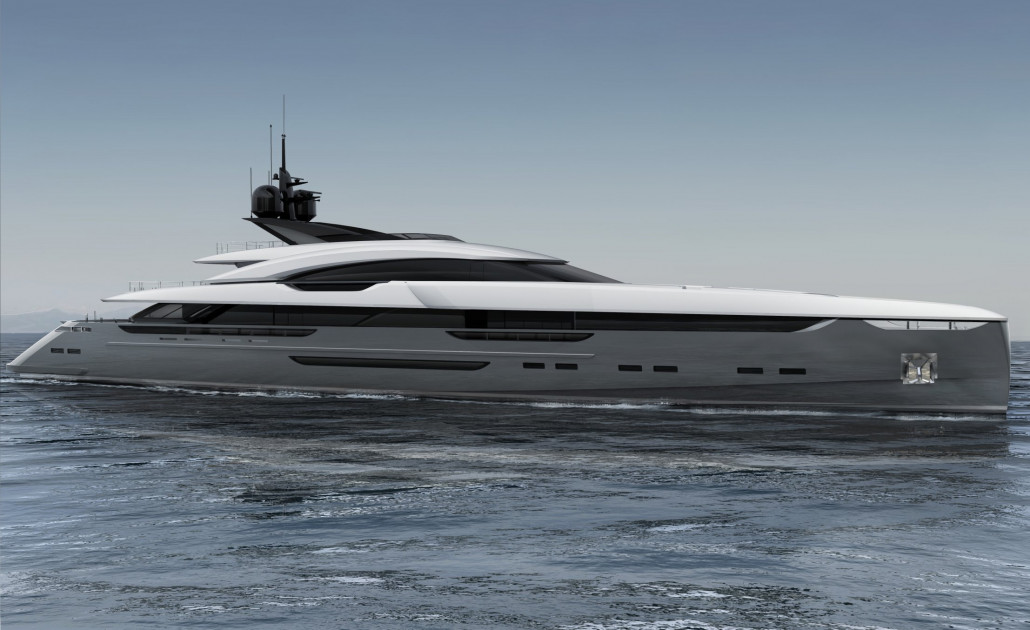 Italian yacht builders Rossinavi recently announced a full order book with a range of exciting new projects, we take a look into exactly which new yachts are currently in build and on the boards in Viareggio.

Hull FR30 Alu-Steel
This project is the third in the striking Prince Shark line. Measuring 49 metres, the sistership to Param Jamuna and Polaris will be launched in Spring 2017. The lines of the Prince Shark range reflect the contemporary edge of Rossinavi, and the upcoming launch of the line's third hull confirms the demand behind it.

Hull FR31 Vector
This high-speed transatlantic superyacht was designed for a U.S. client, featuring three decks and lines to match her capabilities. Vector’s guaranteed top speed of 28 knots, elegant lines and length of 63 metres is not an evolution of the Prince Shark line, but a different beast entirely.

Hull FR32 Endurance
The Endurance 50 is a custom yacht which is scheduled for launch in Spring 2017. Currently undergoing outfitting works, her more linear layout and clean lines make the 50 metre Endurance superyacht generously proportioned and open to natural light throughout.

The exterior areas of the Endurance 50 make various configuration possible, including an exclusive sun area forward, placed over the wide garage. The outside dining area is on the upper deck, while the cockpit is furnished with luxurious sunbed close to a panoramic custom pool on aft.

Hull FR35
The third order for a repeat client, this is the most closely guarded secret of the Rossinavi yard and will be launched later this year.

Hull FR36 Aston
The most recent order, the FR36 is the latest 50 metre superyacht under the project name ‘Aston’. With a top speed of 27 knots - guaranteed by 3 MTU engines and 3 Kamewa waterjets - this yacht contains a sporty soul in a fully-aluminium structure.

High standards are also ensured in terms of low noise emissions, assuring great comfort during navigation. In the interior spaces, wide windows and skylights allow to have plenty of natural light and to enjoy the panorama.

“Today we are investing in +65 meters new yacht projects,” explains Federico Rossi. ”We have 4 new projects with three different propulsion aspects; one with kamewa propulsion system and we have also a very fast shaft line propulsion project with a very interesting consumption profile at cruise speed (16/18 knots).

The third propulsion project is a diesel electric with based on modular power management. The main and common aspect of those four projects is the integrated design, the Rossinavi’s main vision of overviewing the market up to 2020.”

We look forward to bringing you the updates on each project as they progress, until then you can learn more about Rossinavi by clicking here.