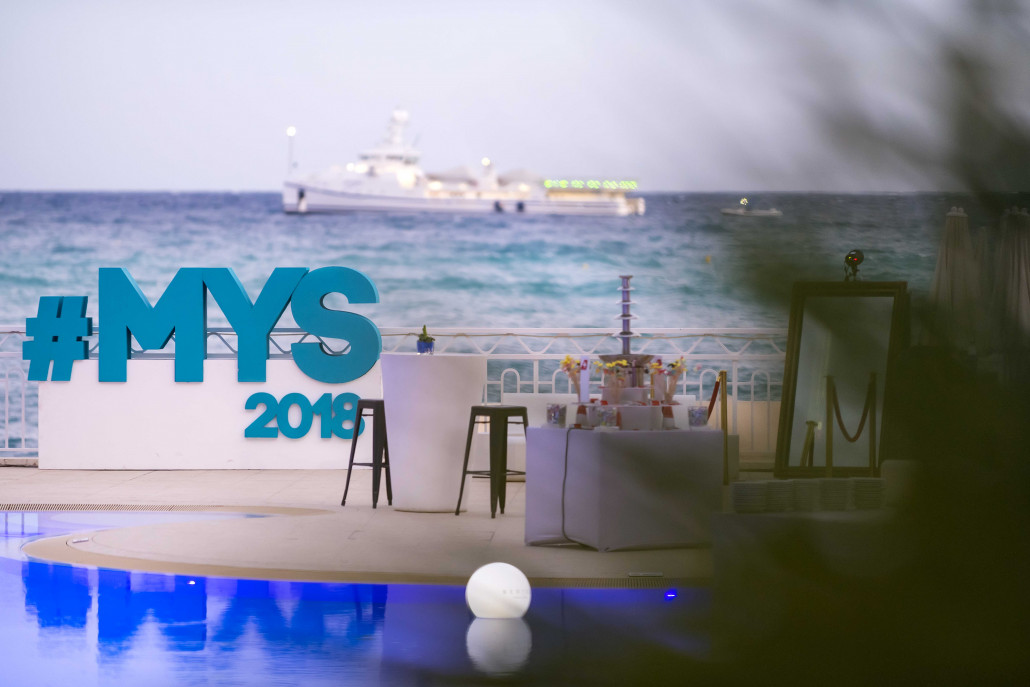 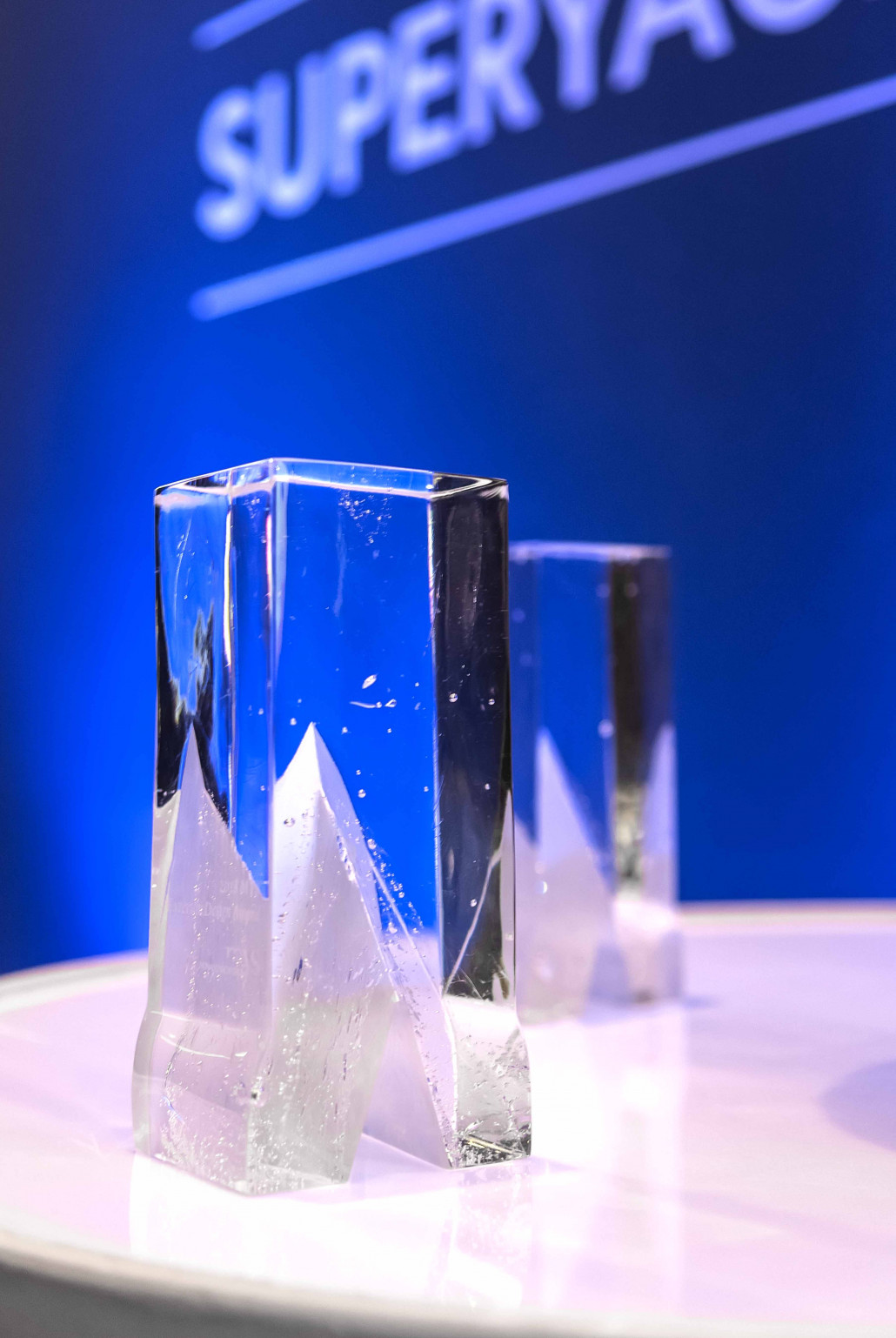 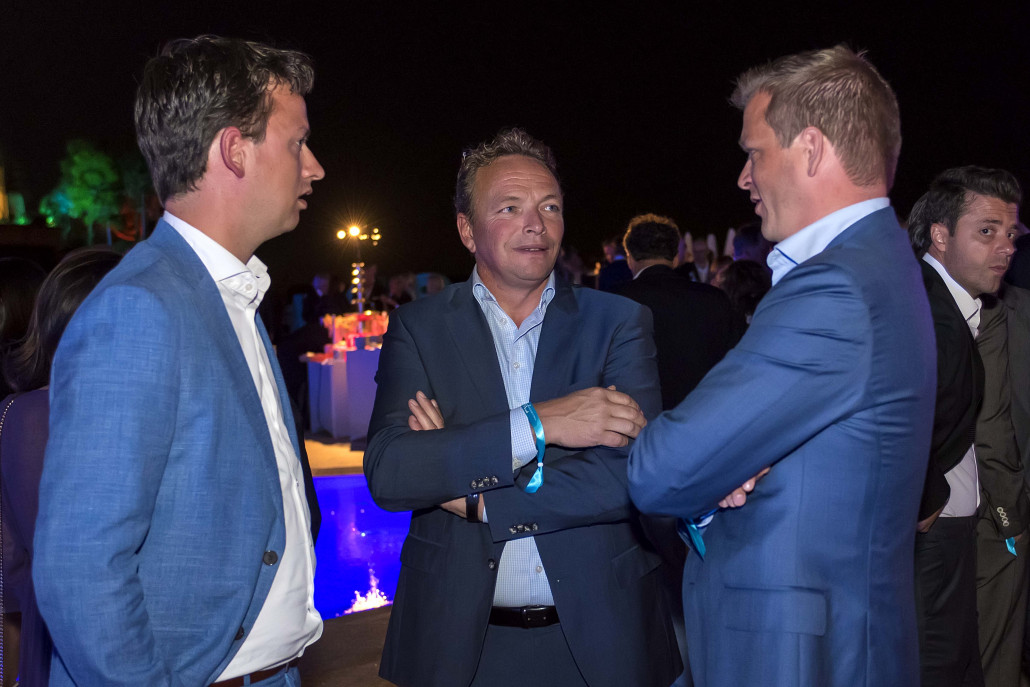 Yesterday evening, under the dusty pink skies of Monaco’s Le Méridien Beach Plaza, the superyacht industry gathered together to celebrate the best in show. Kicking off the MYS in style, attendees dressed in smart cocktail attire and indulged in a beautiful surrounding for an evening of awards and elegance.

Following champagne on arrival, guests were directed into the 5th ceremony of this kind and for the first time were seated in front of the dramatically-set stage. Sponsors included RINA and SWISS who presented some of the highly acclaimed awards following a warm introduction by Gaëlle Tallerida.

The awards began with the prestigious RINA award from the well-known Italian authority on green yachting. A prize for the most eco-conscious in show, this award went to well deserved shipyard Tankoa for their environmentally thoughtful, M/Y SOLO. Taking to the stage for a photo opportunity, those involved with her creation proudly accepted; and rightly so, for developing one of the most eco-friendly yachts in history.

Moving on to the second award of the night, the exterior design prize is annually awarded to an iconic build with a memorable silhouette. Following in the footsteps of 2017’s winner, Jubilee, the winner of this year’s award was a close call between a number of movers and shakers. In the end, DAR took the prize; a second triumph in this category for world-class builders Oceanco, and of course, a wonderful moment for exterior designer Luiz de Basto.

For the third prize, a highly-anticipated yacht from across the globe took the win. The interior design award was presented to Pride Mega Yachts for their endeavours to create not only Asia’s largest but most aesthetically impressive superyacht, Illusion Plus. Both the shipyard owner and team accepted the award on stage; a proud moment for one of 2018’s most exciting builds to hit the water.

Fourth and finally came the award for finest new superyacht. The most prestigious award of the show, it is given to the yacht that meets refinement criteria for both interior and exterior design and sustainable innovations and developments. This year, it was presented to Oceanco’s DAR, a second and deserved triumph in one evening for the Dutch builders. Interior designer, Nuvolari-Lenard and exterior designer, Luiz de Basto took to the stage alongside the yard to collect the award of the evening.

Closing the event with cocktails and canapes overlooking the ocean, the industry opened the yacht show with yet another successful gala. We look forward to welcoming the prize winners into our Breaking News Centre this week in anticipation of what’s to come!

"Closing the event with cocktails and canapes overlooking the ocean, the industry opened the yacht show with yet another successful gala."

"Closing the event with cocktails and canapes overlooking the ocean, the industry opened the yacht show with yet another successful gala."