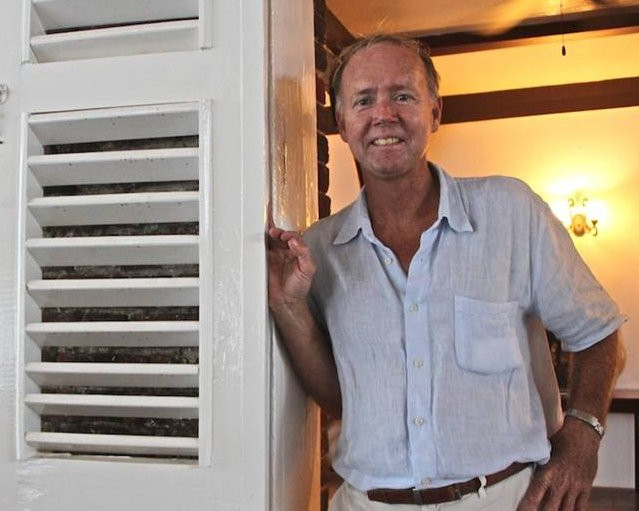 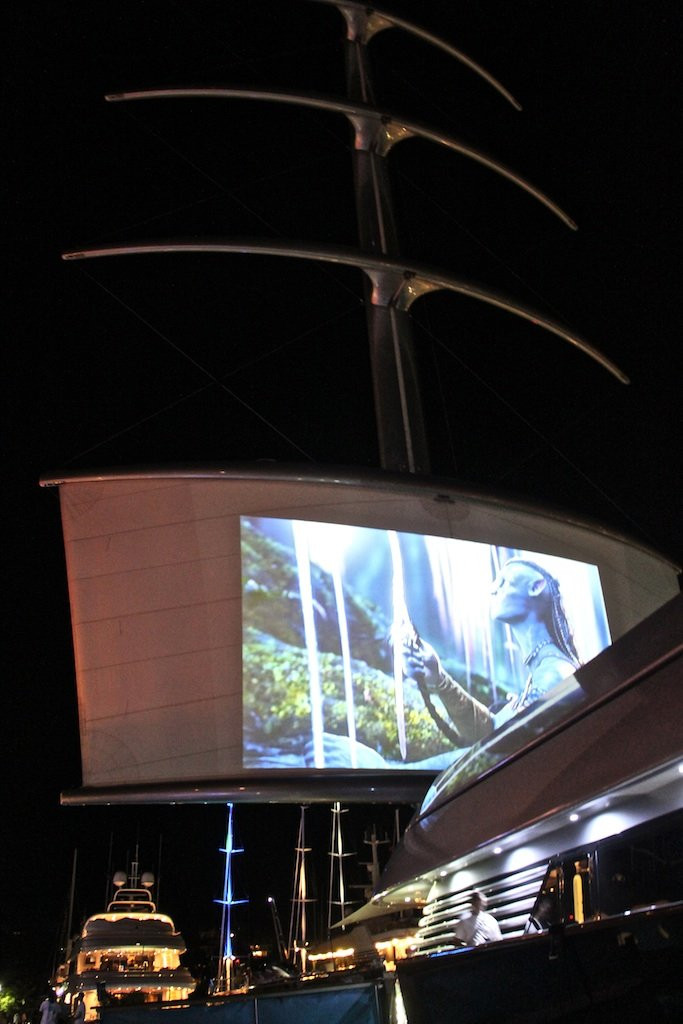 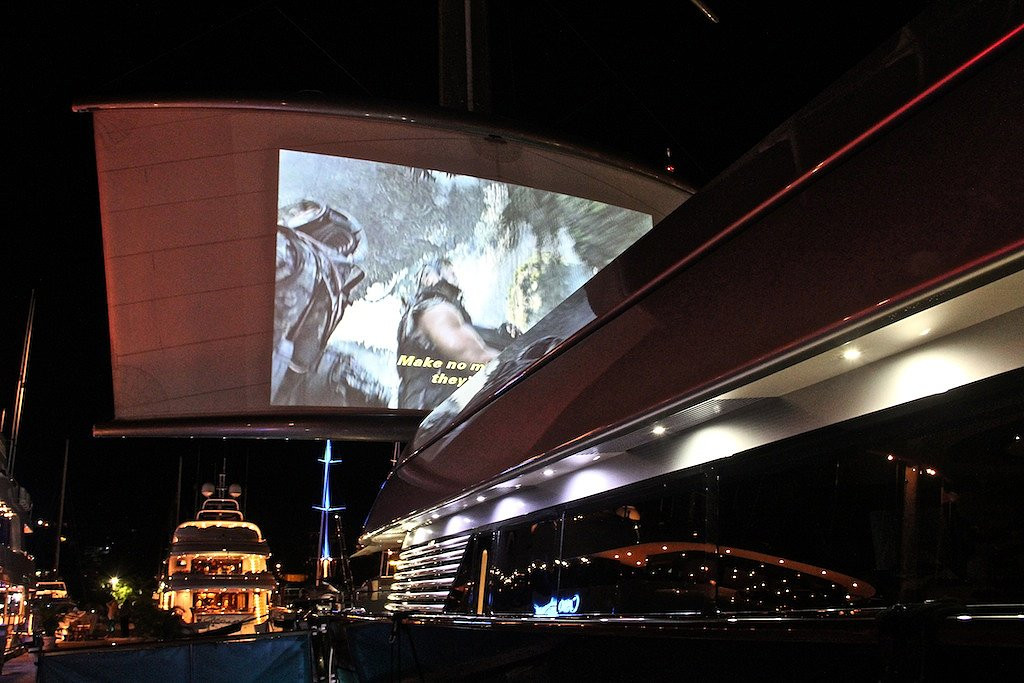 The Antigua Yacht Show: An Interview with Paul Deeth

Paul Deeth was born and raised in the beautiful surroundings of Antigua, and after serving as a superyacht captain for 35 years, he has become synonymous with success in the Caribbean region.

The Antigua Yacht Show is currently running its 49th edition and has played an integral role in the charter industry for as many years. We discussed the past, present and future of the event to understand exactly how it has achieved such recognition in the charter market.

The Antigua Yacht Show is currently running for its 49th Edition, how did you become involved with event?

“I was born here in Antigua, lived here all my life, I’ve watched yachting evolve and start here. I knew all the people in the industry, which was much smaller through the 60s, 70s and the 80s, the captains and all the brokers have moved up through the businesses so now they’re all the head managers or owners, so I know everybody”

How have changes been made this year to help strengthen the structure of the show?

“The whole key to it is listening to the feedback of the people, we’ve actually started a steering committee in which we have MYBA and the American Charter Yachts Association on board which is a good way for their members to give feedback and we’ll then have a meeting three times a year … were trying to listen to the brokers and actually see what they want as well as re-opening ourselves to criticism; it’s small evolving steps, it’s not anything radical. We’ve made a sail day at the end and we’ve made the show slightly longer so after this show we’ll have to see whether people want another day but that’s something we can adjust.”

The Antigua Yacht Show is an event which focuses entirely on the industry in an effort to promote charter as well as Antigua itself, how does the event focus on the individual broker as well as the charter market?

“Essentially as it started, brokers would arrive here with their charters, look at the boats and actually hand out ‘here’s a charter for next week or Christmas or for this season’. Now I think its still important that brokers see the boats physically and actually meet the people … Often a charter client will ask the broker, ‘Do you know the boat?’ or ‘Do you know the people?’ That’s why I think the show still has to be there, I can see the future still going quite a way where we still have to have a show like this” Paul Deeth continued. “The other thing that’s changed slightly is now a lot of the brokers in the Med are using the show to look at boats for the summer, so its actually nothing to do with the Caribbean winter its about seeing boats they haven’t seen before and preparing to sell them on for the summer so that’s also positive for us for keeping our show here."

“We did have a threat from another island … the importance of Antigua is that the show starts our season, if we didn’t have the show we wouldn’t know when the boats would wander in and wander out; so this is the beginning of the season for all the businesses and it’s a very important part for Antigua and our economy. So in the thought of losing it … we got together a few other like minded people in Antigua and out of that we created what is now the Antigua Charter Yacht Meeting which is a non-profit company set up make sure the show is always owned by the people and make sure it will always stay in Antigua. No one really owns it, I’m the chairman and I’ve got a board of directors and it’s not something we could ever sell. My Involvement was to use my contacts and to network within the industry to support Antigua and not another island; we were the show of the Caribbean.”

We’ve discussed the advantages to a non-profit organisation like the Antigua Charter Yacht Meeting, but let’s talk about the disadvantages, how do you weigh the two up?

“Well it doesn’t mean you can’t make profit but it’s just about how you spend it. Our mandate is to put money back into promoting Antigua & Barbuda as a high profile yachting destination, so we’re happy to make as much money as we can but its not for us as directors … The show costs us more and more every year as we have more and more entries but it isn’t a very expensive show compared to the price of going to other shows – the good thing about it for the industry is that we’re not here to make lots of money so that’s something we can keep as affordable to a broker. The only disadvantage is we don’t make lots of money.”

How has the yacht show contributed to the notion of carbon offsetting?

We are carbon neutral … Every year we Carbon Offset and more and more boats are doing it at the show. This is the second year we’ve promoted it, in the first year we had one yacht but this year we’ve got six.

There is a lot of people here this week and there’s a genuinely exciting atmosphere, is there ever any question that the St. Maarten yacht show would have been serious competition?

“Yeah, I mean it was a serious threat. They were well financed so they were very aggressive, but we were neither and it’s not really Antigua’s style to be like that but they tried extremely hard. We didn’t have the finance but I think the way we did it was through the networking ability and the loyalty of the people who have been here so long.”

The event has become a major part of the Antiguan calendar, how has the show brought attention to the area as a focal part of the Caribbean?

“If you think about it, Antigua always was the centre of the Caribbean, since the 60s, that was the heart of the Caribbean and it’s where the yachts were based and then went off to other islands.”

Afsaneh Franklin, the Show Organiser for the Antigua Yacht Show also commented, “Most European flights come in to Antigua, we have British Airways which comes almost once a day and Virgin Atlantic which arrives three or four times a day; so from Europe it’s a major connection and from here you can get a smaller flight to other islands.

Paul Deeth added, “Geographically, we don’t just have great natural harbours but we’re at the centre of the island chain … Antigua’s lucky in regards to where it is as you can go north to the Virgin Islands and south to a number of other destinations.”

“Well I’m involved with both; I’m on the committee for the Antigua Sailing Week and I’m also the Chairman of this event. They’re the two book ends of the season; so the boat show starts it off and the race week ends it which keeps the season going a bit longer. So its very important for us to rebrand it and make it as successful as it has been as it has wandered off course a little bit but in that sense, yes, this event starts off the season, we have the superyacht challenge at the end of January, we’ve also got the RORC 600 and Classic so they are all linked; the more people that know about Antigua as a high profile yachting destination helps.”

For people who want to charter in the area, what would you say the main attractions for chartering a yacht in Antigua would be?

Afsaneh Franklin commented, “Well number one is that getting to Antigua is easier than any other island and we have so many beautiful anchorages that you can easily spend a seven to ten day charter and go right around Antigua and Barbuda. Go to places with captains who know the waters quite well and spend time on a beautiful charter and every day see something different.”

Paul Deeth added, “Again, we’re lucky we have natural harbours, we’re lucky the island hasn’t been over developed and of course Barbuda is probably the best kept secret.”

Finally, the 49th edition of the yacht show is well underway; do you have any big plans for your 50th anniversary?

“We are thinking big but we have to let this show finish and finalise everything and then start planning for the next. We haven’t really thought how to make it big as of yet. We will most likely be using more of the Dockyard as the centre of events for the 50th.

Afsaneh added, “Yes, well everything started at the Dockyard so it’s appropriate for the 50th anniversary, but the feedback from this event is something we’ll have to think about first, but there will be more events.

The 2010 Antigua Charter Show is a yachting event with a genuine difference; aiming to strengthen the charter market and allow brokers to survey new signings in order to effectively sell the superyacht experience. Not only does the event promote the charter industry, but also works toward furthering the reputation of Antigua & Barbuda as a whole.

"Our mandate is to put money back into promoting Antigua &amp; Barbuda as a high profile yachting destination, so we&rsquo;re happy to make as much money as we can but its not for us as directors &hellip; The show costs us more and more every year as we have more and more entries."

"Our mandate is to put money back into promoting Antigua &amp; Barbuda as a high profile yachting destination, so we&rsquo;re happy to make as much money as we can but its not for us as directors &hellip; The show costs us more and more every year as we have more and more entries."

Paul Deeth - Chairman of the Antigua Charter Yacht Meeting
By B. Roberts