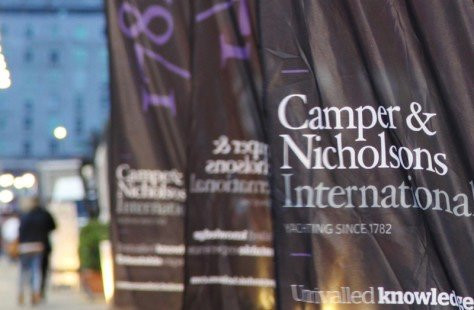 The British Heritage Of Camper & Nicholsons

Known over the world as one of the most illustrious brokerage houses in the superyacht industry, Camper & Nicholsons are global experts in yachting; however, while the modern brand is a beacon of marine proficiency, it’s the heritage that tells the real story.

Founded 233 years ago in 1782 as a ship construction facility in Gosport, just across the water from the institutional Royal Naval Dockyard in Portsmouth, Camper & Nicholsons has a heritage like no other. It was when Great Nephew of Founder Frances Amos, William Camper, began his first day of work as an apprentice of 16 years old that a legacy, albeit unbeknown to him, was born.

Against the backdrop of a burgeoning British Industrial Revolution, the first project to emerge from the yard was a 30 foot sailing yacht, quickly followed by the 34 foot ‘Whim’ and a legion of sailing yachts too numerous to list, which grew into a heritage fleet with a revered family name carved into yachting history.

Camper’s largest project was launched in 1839, a 327 ton opium trader known for her speed under the name of Anonyma. The ever increasing scale and skill of the projects emerging from the yard over the years gathered the attention of Ben Nicholson, who joined the yard as an apprentice at the age of 14 and helped form the Camper & Nicholson brand in 1863.

After another decade of building yachts - breaching into their first power yacht in 1903 to the creation of the famous yacht ‘Vita’ - the brand made it to its 150th Anniversary in 1932; reaching what can only be described as a ‘halfway point’ in it’s current lifespan.

Today, over two centuries later, Camper & Nicholson are one of the foremost experts in everything marine. While they may have left the shipbuilding behind, a new era of luxury motor yachts, elegant sailing yachts and marina expertise took over to bring a new focus to a timeless brand.

With the superyacht industry evolving so quickly in terms of size, scale, radical design, demand and technological advancements, the brand too changed, focussing on the charter, brokerage, build and management of the world’s largest, and most beautiful superyachts on the water.

Camper & Nicholsons not only held an 18.8% market share of the industry’s top 10 performing brokerage companies in 2014, but brokered the sale of the largest value of listed yachts on the worldwide brokerage market in the same year. This heritage brand also holds one of the most extensive charter fleets in the world, adding to the wide portfolio of one of the major players within the superyacht industry.

With a renewed presence in London thanks to their redesigned offices, conducted by Eidsgaard Design, we caught up with the team at the London Yacht, Jet & Prestige Car Show to discuss the brand, the heritage and the story behind the Camper & Nicholsons brand.