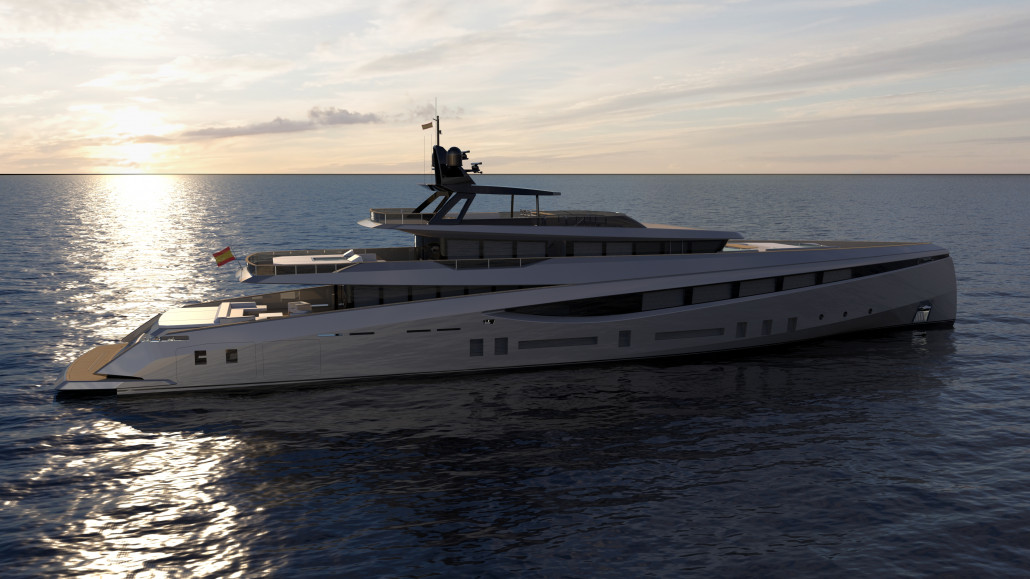 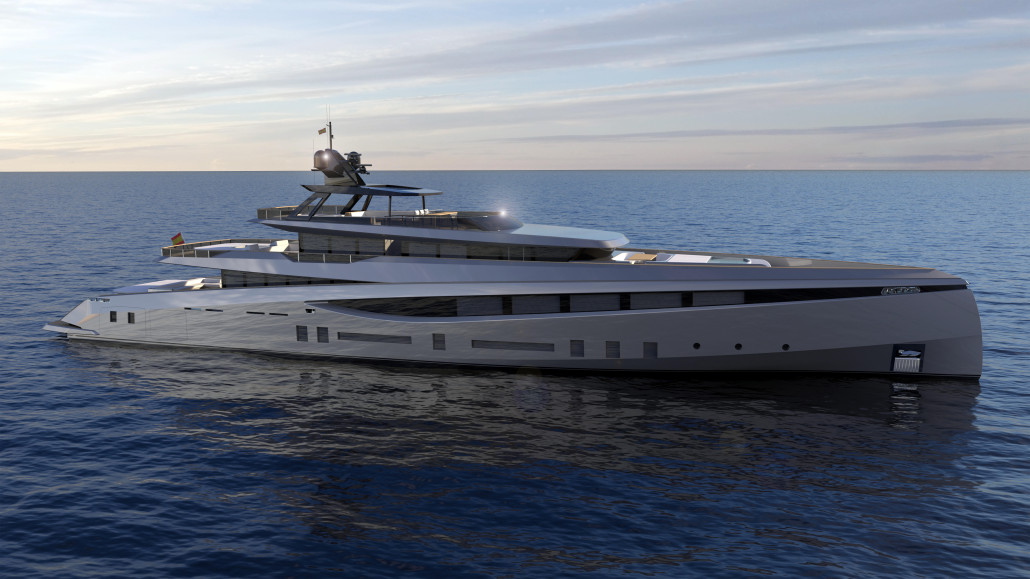 This week’s concept focus shines the spotlight on RODRIGUEZDESIGN, the burgeoning Spanish firm making a name for itself in yacht design. It has recently announced the arresting concept Project Saona, the first advance of Josh Rodriguez´s studio.

Saona is the brainchild of a team of experts committed to revolutionising the yacht industry in Spain. For the execution of this concept, RODRIGUEZDESIGN will team up with ATOLLVIC, a shipyard known nationwide for its aluminum new build, refit and maintenance.

The combination of a groundbreaking designer and ambitious shipyard bodes well for a new era of Spanish yachting. The full aluminum build will be 55m long with a beam of 11m, displacing just 600 tons at a half load draft of 2.1m. Saona will be both fast and economical, with a top speed of 22 knots and a range of 4500nm at a long range speed of 12kn.

Saona is also a singular feat in terms of her appearance, with dropped sheer lines creating an elegant and futuristic aspect. A vast swim platform is equipped with a generous Transformer system that lowers to water level, whilst an equally oversized beach club combines warm tones and designer furniture.

And the custom features don’t stop there. Saona’s fold out balconies create a seamless connection between indoors and out; a connection bridged with a fully equipped day head and separate storage for diving equipment, as well as tender storage where a WILLIAMS DIESELJET 625 resides.

Ascending to the main deck, Sanoa yields the perfect space for an al-fresco afternoon merienda, whilst an abundantly lit saloon and separate dining room is found inside. Access to the upper deck is granted via symmetrical stairs, where we find Saona’s pièce de résistance: the owner’s private terrace.  This is a realm of blissful seclusion - a counterweight to the boat’s abundance of sociable areas.

The owner’s suite features his and hers bathrooms, walk-in closets and studio, making it its own little world within a world. Outside, we find the unbeatable combination of jacuzzi and sun pads, whilst the bridge with the captain’s cabin attached exists forward of the suite.

Another feature of Saona’s worth noting is her bow: behind the sharp, sleek shape lies a social area including al-fresco dining table, another sun pad and jacuzzi, as well as a forward-facing sofa which allows guests to take in the sunsets with sangria in hand.

Saona is so much more than a new yacht on the market. With her eye firmly trained on the future, she represents the emergence of Spain as a new global contender in yachting. Owners are increasingly looking to this corner of the world to manufacture their yachts, and RODRIGUEZDESIGN are poised to be frontrunners of this movement.