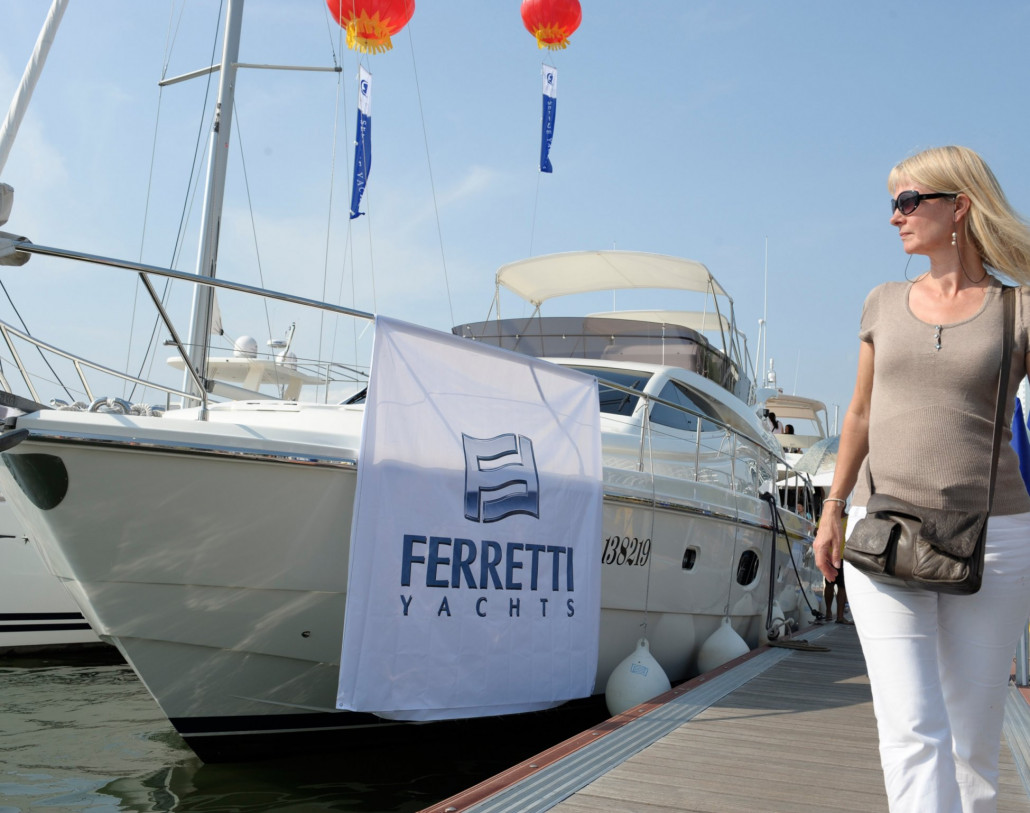 The Demands of The Modern Chinese Owner

Superyacht builders face different requests across the globe, whether it’s a spike in explorer yachts, an insurgence of sport yachts or the need to go green - the vision of the owner has always played a large part in dictating the evolution of yacht design.

With an interesting new focus being placed on the high-net-worth of China, we ask what the current trends and demands of the Asian owner are and what kind of market that demand inhabits. Is it a case of culturally defined design, or a matter of individuality with each project across the globe?

“The wealthy Chinese don't often use their yachts the same way the Europeans or Americans do,” explains Michele Flandin, Marketing Manager of Oceanco. “For them, a boat is used to entertain clients rather than for sailing; they use their boats to do social networking for the sake of their businesses.”

“Onboard requirements are often in line with the culture of the yacht owners,” continues Michele. “But, in general, [Oceanco] designs are elaborated to seduce a majority of potential buyers … Specific demands can always be integrated into the designs and, to precisely attract the Asian market, Oceanco adapts its yacht interiors in order to match the Asian lifestyle and taste.”

“We’ve worked in an Asian reality,” adds Burak Akgul, Managing Director of Sales, Marketing & Design of Perini Navi Group, “and we’ve found that to be very modern, very distinctive and coincidently very ingenious in the use of space and the manner in which the spaces are able to be transformed for different purposes; much, much more so than anything we’ve done before. However, if you look at it purely from a design perspective, it could have been an Asian client, a Norwegian client or a British client - it’s aspecific modern taste.”

“In the past we haven’t found that the tastes differ [...] what we are hearing a great deal is the relatively less importance placed on the outdoor spaces as living spaces compared to what they may be perceived as by non-Asian owners ... If we have to think of something to distinguish, that appears to be the only thing that one might be able to identify. Less of a tendency to be spending time outdoors for the sake of being outdoors.”

Adrian Lee Chye Cheng, owner of the 55 metre Benetti superyacht Ocean Paradise, spoke to Bloomberg in order to highlight Asia’s HNWI entrance into the superyacht market and focus on the demand in which the market is facing.

“The new market is in Asia,” comments Lee, “the yacht industry is very peculiar; it’s something you have to learn, understand and feel. You wouldn’t go out and buy a yacht if you don’t know enough. I’ve seen people buy a Ferrari on impulse or go to an air show and like a plane and just buy it. A yacht takes more time.”

Feadship, another leader in the Dutch yacht building sector, introduced Blue Sky - the 44.65 metre motor yacht - to a Chinese owner in February 2013; the first yacht to be built by a Western shipyard for a client in mainland China. During a speech to the launch ceremony audience, CEO of Feadship Dick van Lent noted on the new ground being broken in Asia.

“It is a great honour for Feadship to complete the order for an exclusive superyacht for the People’s Republic of China. Feadship made history by being the first Western yard to deliver to South America in the 1930s. We were the first European yard to build custom yachts for the United States in the 1950s and in the Middle East a decade later. Having also led the way over recent decades in Africa and other areas of the Far East, everyone at Feadship is delighted to now do the same in China.”

Albeit few Chinese owners are building large bespoke yachts, the market is expressing growing demand for these vessels and will establish itself over time. While there is little evidence of culture directing design, the resounding message seems to take two forms. The first furthers the infallible truth that each owner will hold their individual preference, and that the only difference being not a matter of difference in design, but difference in use. The second emphasising the need for this market to establish itself before we can begin to gather trends.

Running from March 27th - March 30th 2014, the Hainan Rendez-Vous will act as a barometer for the demand currently emerging from the Chinese market.