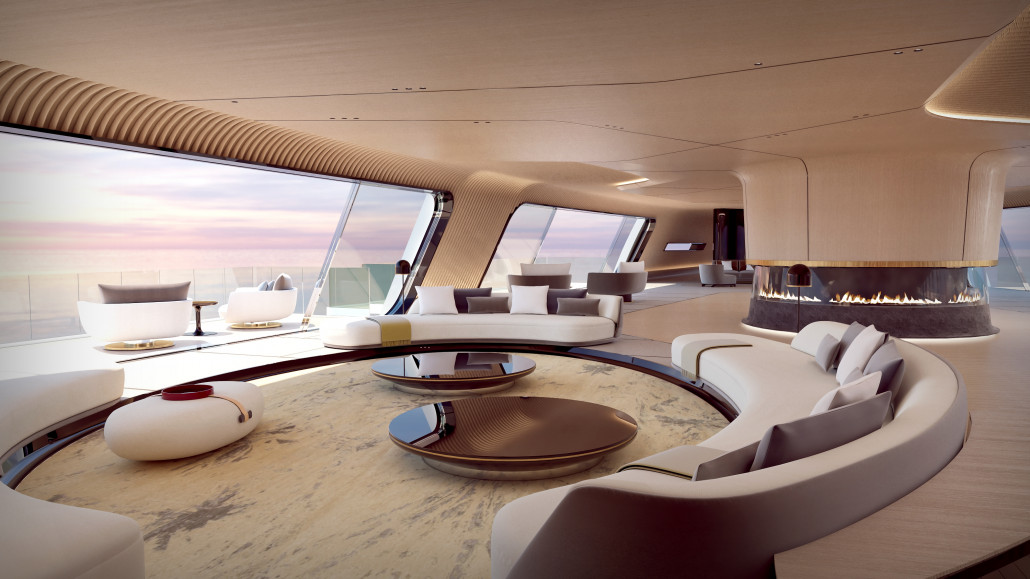 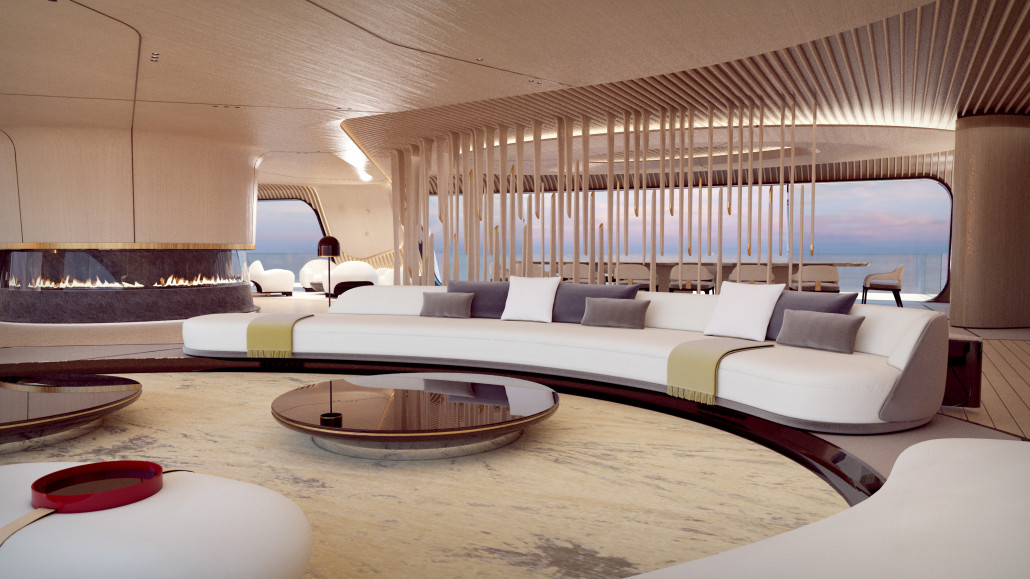 The Latest From Oceanco and Lobanov: Meet Tuhura

Tuhura: a derivation of the Maori verb meaning to discover, to explore and now, the name of the latest project from line-breaking shipyard, Oceanco. Launched earlier this week at The Dubai International Boat Show, the 115m concept marks the next possibility in the builder’s collaboration with the exterior designers behind rule-breaking, Jubilee.

“Our Tuhura is a simple idea,” explains Igor Lobanov, “The thought was to take a natural shape similar to those seen in the earliest canoe-type craft and augment it multifold to a larger scale, using modern technology.” However, despite the designer’s humble comments, the renderings appear anything but ‘simple’. Unlike anything ever seen before, her lines may be vaguely reminiscent of early Polynesian canoes and indigenous water-solutions, but she’s a long way from primal.

In fact, a sense of exploration and discovery is the closest Tuhura gets to her tribal namesake. In a fusion of old and a lot of new, her curves are welcoming and warm. The sharp and slick lines we often see on futuristic exteriors are vacant here, but in their place are soothing curvatures, as smooth as silk and replicated in her calm interiors by ultra-chic, Rome designer, Achille Salvagni.

Much in common with her exterior, the main inspiration for the interior design is East Asia and the Pacific Islands. Salvagni refers to the interior as a “brushed teak habitat” where teak forms the basis for sandy toes to hit the deck; a purely natural experience echoing that of an over water Balinese retreat.

The potential owner of such a creation? “Tuhura is a megayacht conceived for a dynamic owner, nevertheless the timeless sense of peace and calmness are the main characteristics,” says Salvagni. “This softness and dynamicity are reflected in the humble elegance and sensuality of the primitive organic shapes echoed throughout.” And sensuality is an operative word in the description of such arcs and edges.

A feat in design, but also functionality, Tuhura’s hull and propulsion system has been developed in collaboration with BMT. James Roy, Yacht Design Director at the company, stated, “The hybrid CRP system is inherently efficient and perfectly suited to the canoe form, there is a synergy between the efficiency of the hull form, and that of the propulsion system, leading to a yacht which marries an evolutionary simple hull with an evolutionary advanced propulsion system.”

Further, innovation and cutting-edge technology is subtly integrated throughout, despite her natural inspirations. The hull - which at first glance appears window-less - has been imagined with multiple horizontal windows, utilising a technology that allows a series of dots to present the view from within, while from the exterior, camouflage with the hull in another nod to Tuhura’s primal beginnings.

In addition, LuxLab has joined the team to ensure that this is an extremely “smart boat” – a far cry from the history books. Not only are there controls for lighting, audio and curtains and but controls will also monitor behavior aboard regarding preferences such as music and temperature. “This is a technically challenging and intriguing project,” says Dirk de Jong, Commercial Director at Oceanco. “It is 180-degrees different from our previous two yacht collaborations with Lobanov Design studio, the 86m launched in 2013 and the 110m Jubilee launched just last year. Yet Tuhura is still 100 percent Oceanco DNA.”

So, as we wait to see more of Project Shark’s emergence from the Oceanco shed, we further await news of an owner brave enough to take Tuhura to build in a futuristic fortnight for the Netherlands-based shipyard.