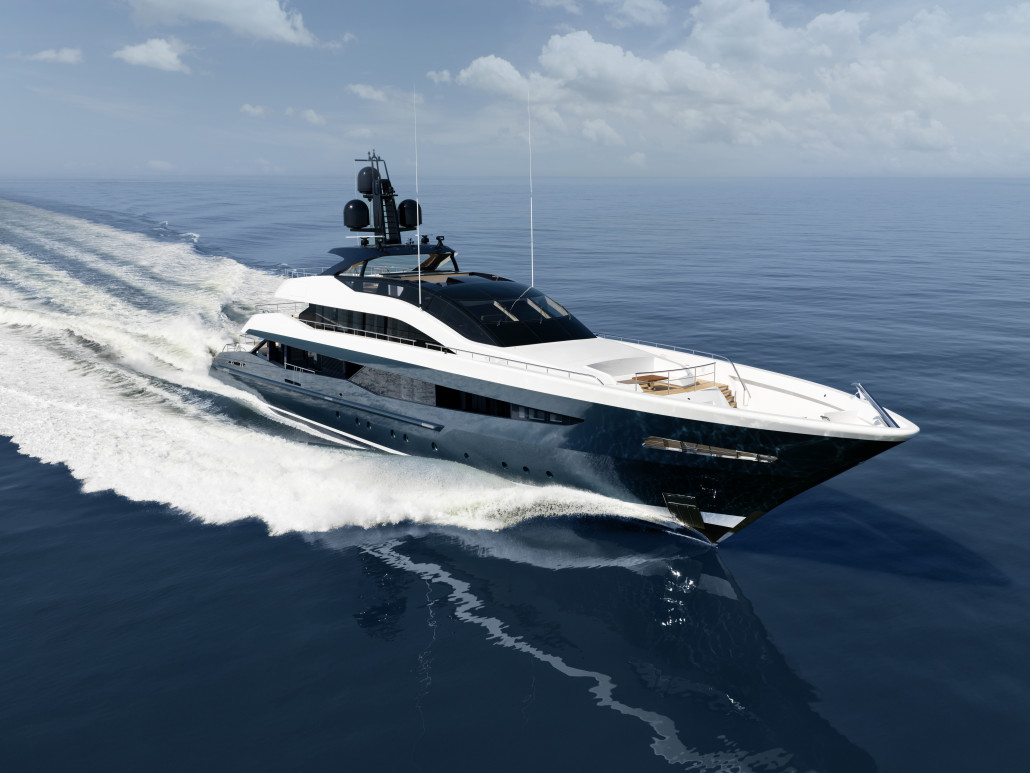 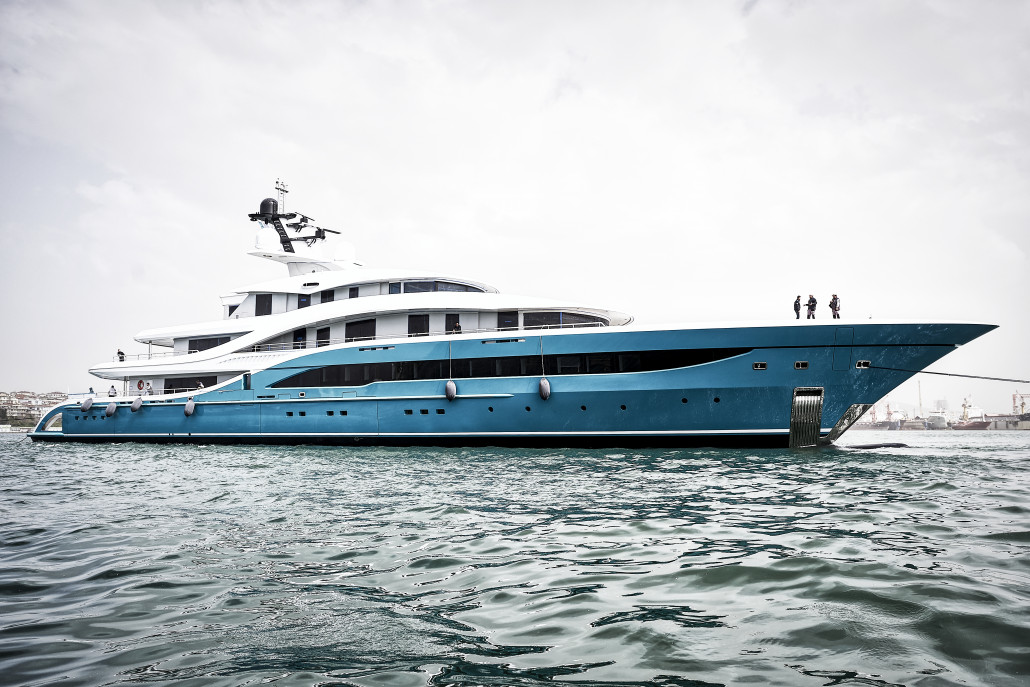 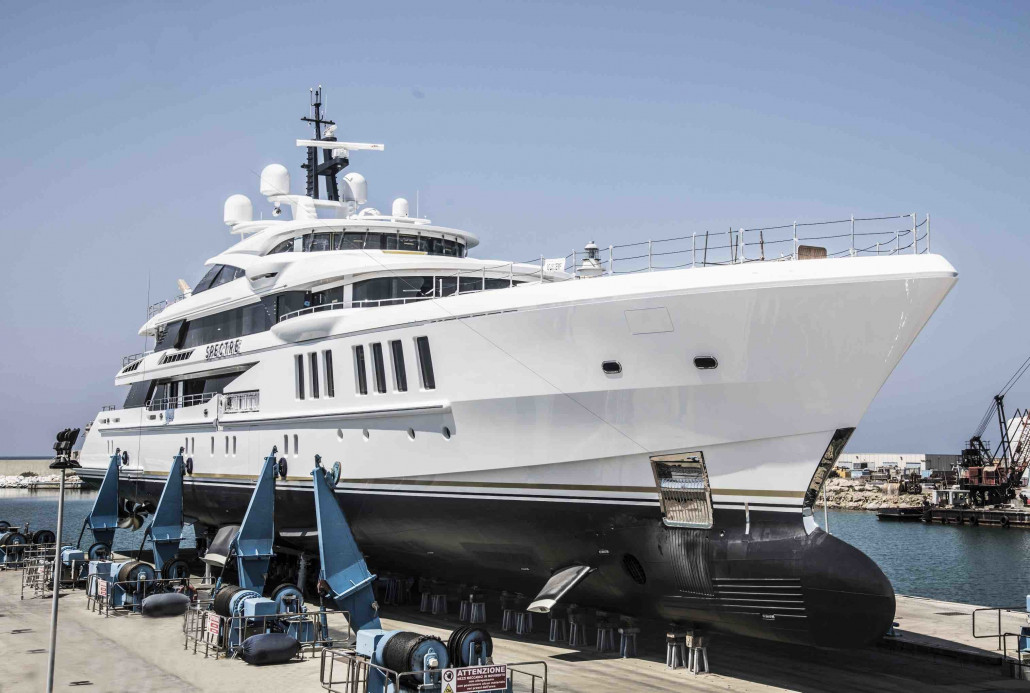 The Latest Superyachts of MYS 2018

One of the most exciting parts of visiting the crowded Port Hercules during the Monaco Yacht Show is seeing the latest superyacht launches in amongst the classics and the greats. With over 580 participants every year, there will be a spectacular fleet of over 40 new yachts to discover. As the countdown to the Monaco Yacht Show 2018 reaches only 20 days, we take a look at our top five most-anticipated new superyachts which will be making their world debuts at MYS 2018.

The brand new 88.5m superyacht named Illusion Plus was launched in April 2018 from Pride Mega Yacht’s facilities, China. Illusion Plus is officially the largest private superyacht built in Asia. Her debut at MYS 2018 is eagerly awaited; visitors will get a sneak peek of her unique style. Her naval architecture is by Azure Naval Architecture, with exterior styling by Rainsford Saunders Design and an exquisite interior by Sinot Exclusive Yacht Design. The 3,642gt superyacht has six decks and accommodation for 16 guests across eight staterooms. Illusion Plus features four interior lounges and two formal dining rooms along with a four-deck elevator. One of her more unusual features is a double-height atrium, which links the saloon on the main deck to the lounge on the deck above, creating a grand open-plan space for entertaining. She will be on sale with Y.CO for an asking price of USD 145,000,000 and will be on display with the Y.CO team at MYS

M/Y GO was sold to her European owners in January 2017 then later launched in March 2018. GO features an exterior and interior design by London-based H2 Yacht Design and is the largest yacht built by the Turkish shipyard to date. The project was based on the design foundations of award-winning 72m motor yacht Vicky. With an iconic turquoise coloured hull and four decks, GO features a bulbous bow and special geometric rudders to achieve low resistance and improve fuel usage. Some of the standout features of the yacht include the five-metre pool located on the sundeck, a large beach club at the stern that opens onto the fixed swim platform, and two side-opening water-level terraces. M/Y GO is able to accommodate up to 18 guests across 8 guest cabins.

M/Y Solo has several distinct features which combine to make her a very special yacht, and one that is keenly anticipated at MYS. Sold in September 2016, the extraordinary 72-metre motoryacht Solo is to be delivered to the experienced European client on November 15th 2018. Designed by Francesco Paszkowski with interior styling by Margherita Casprini, M/Y Solo has a long LOW, which allows an optimised top speed of 17 knots with reduced consumption along with a volume of around 1,600 GT. Furthermore, M/Y Solo includes catalytic underwater exhausts; smell and smoke free outdoor decks; a large winter garden; a large aft deck with a six-metre transversal glass door; cut-down glass bulwarks sections to allow unobstructed sea views and a wide body upper deck which makes room for an oversized panoramic salon. Solo can accommodate up to 12 guests in a six-stateroom layout.

M/Y Spectre is another superyacht which is keenly anticipated due to the integrated technology that is becoming increasingly important to pioneer modern yachts. The 69-meter Full Custom Mega Yacht features a steel hull and an aluminium superstructure and a five-deck design. The hull by Dutch firm Mulder Design aims to deliver extraordinary performance for a yacht this size with maximum navigation efficiency with a range of 6,500nm at a top speed of 21 knots – which is 30% more than a traditional displacement hull.  She is also fitted with the new Ride Control technology by Naiad Dynamics. Accommodation is for 12 guests across six cabins. Spectre combines different styles and philosophies of interior decoration, with deign references to the nineteen twenties in France combined with modern details. The interior design by Benetti’s Interior Style Department brings to mind the Art Deco and Liberty moods of certain French interiors, while the flowing, contemporary exterior contours are designed by Giorgio M. Cassetta.

51m motoryacht Irisha’s worldwide debut is keenly anticipated at the Monaco Yacht Show this September. Her contemporary interior has been a focus for its unique beauty. This full-custom yacht incorporates elements of Heesen Yacht’s DNA: she is a full-aluminium, semi-displacement motor yacht below the 500GT threshold that allows for fast cruising. The Harrison Eidsgaard team devised innovative exterior lines enhanced by the extensive use of double curved glazed glass, giving the yacht an appearance of a fighter jet. The unique colour scheme enriches the beauty of the profile, with the top a distinctive Snow White, the main deck in Midnight Blue and the hull in metallic Pacific Blue. Irisha offers five unique suites to accommodate up to 10 guests.