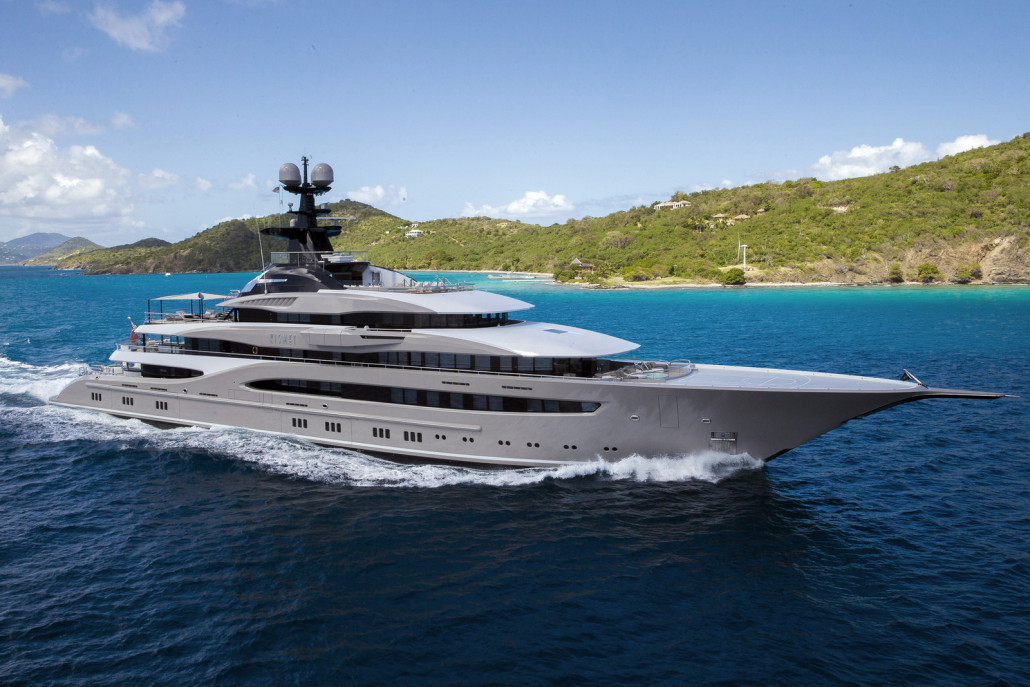 The Must-Sees of Miami Yacht Show

From February 14-18, the biggest and best in boating flock to Florida for the annual Miami Yacht Show. This year, household names in build and brokerage will be docked along the glittering coastline in a turnout of epic proportions. If you are lucky enough to be living it up on the east coast, make sure to catch these beautiful boats…

Kismet
At 95.2m, Kismet is one of the biggest boats in show, as well as one of the most impressive. This custom Lurssen is the product of the collaboration of a host of award winners, including interior designer Reymond Langton and exterior stylist Espen Oeino. A specimen of uncompromised perfection, Kismet is known for her graceful silhouette and ‘Champagne and Caviar’ themed spaces. She is presented at the show by Moran Yacht and Ship.

Excellence V
Available for sale and charter with Burgess, 60.9m Excellence V will also be at the upper end of the size spectrum at Miami. However, Reymond Langton curated spaces work with sweeping exterior lines to create the interior volume of an even larger boat. This Abeking and Rasmussen build has everything that you would expect of the regarded German shipbuilder: class, quality and capability.

Minderella
Merle Wood & Associates bring this graceful 57.3m build to the shores of Miami - a timeless yacht which was originally built in 1986 and benefitted from a 2016 reift. The chic De Voogt naval architecture of this luxury Feadship won her a finalist position in the 2017 World Superyacht Awards, and is bound to stir interest at the show.

Lazy Z
Exhibiting with Burgess, this 51.4m build is a yacht of considerable capability. Since leaving the Oceanco shipyard in 2013, Lazy Z has gone through multi-million dollar refits in 2015 and 2017 which brought the yacht up to scratch mechanically and in terms of her design. The Baron Gurney/The A Group exteriors and Richard Hein interiors are well worth a look.

Kinta
Available for sale and charter with IYC, Kinta was built in the Prokestan/Turquoise shipyard in 2008. This 54.6m yacht is a shining example of the pedigree coming out of Turkey in recent times, and a standard bearer for the emerging market. A stunning 2011 refit by Jean Guy Vergas made Kinta into a completely new yacht - she now epitomises contemporary and sophisticated interior style, and is certainly one of the major players at Miami Yacht Show.