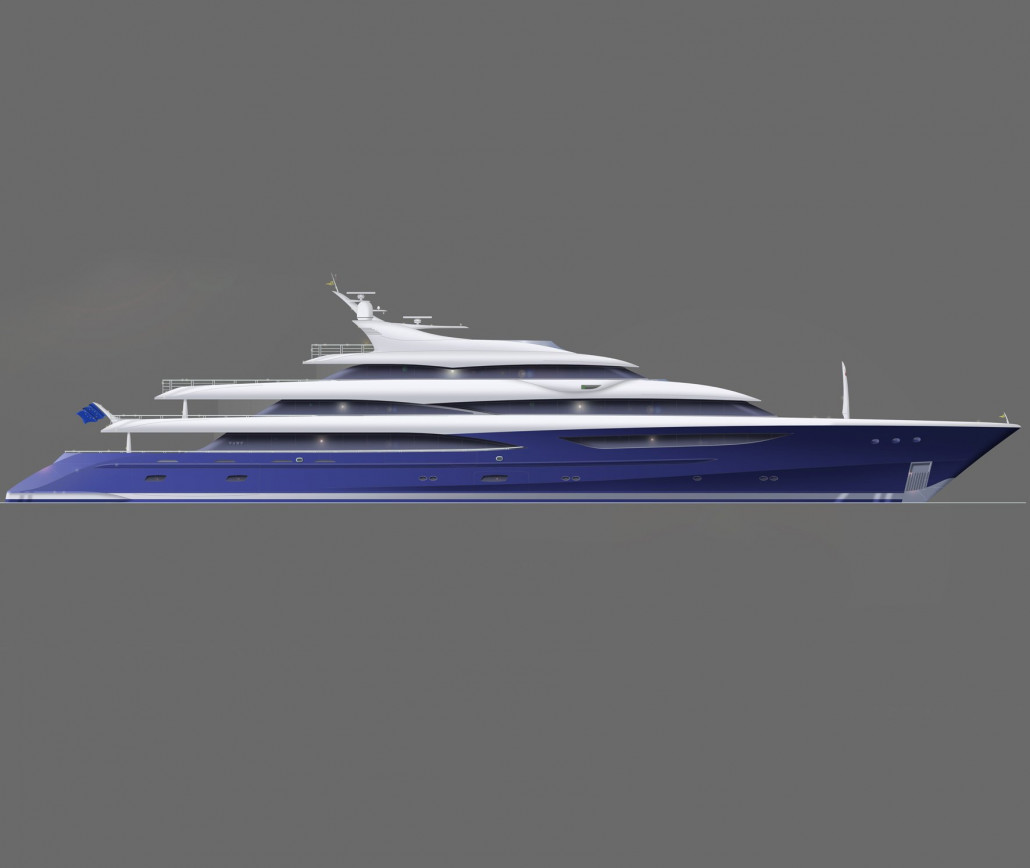 Presenting a different styling approach to superyacht design, these two new concepts both feature similar lengths and proportions with a unique combination of style and toughness.

According Ivan Erdevicki, “the 85m Adamantine superyacht concept is designed to combine military sturdiness with the elegance of a modern day superyacht to create a motor yacht with modern appeal, while Romanza is more classically styled with sweeping lines and a streamlined profile.”

Adamantine is an impressive concept, drawn with highly reflective side windows, angled to further the streamlined profile of the overall design and form an ‘interlocking chain’ along the yacht; mirrored by the forward hull slot windows. Ivan Erdevicki stated, “The result would be similar to that of the surface of a diamond, with light and colours bouncing off the reflective glass, giving the superstructure a striking appearance.”