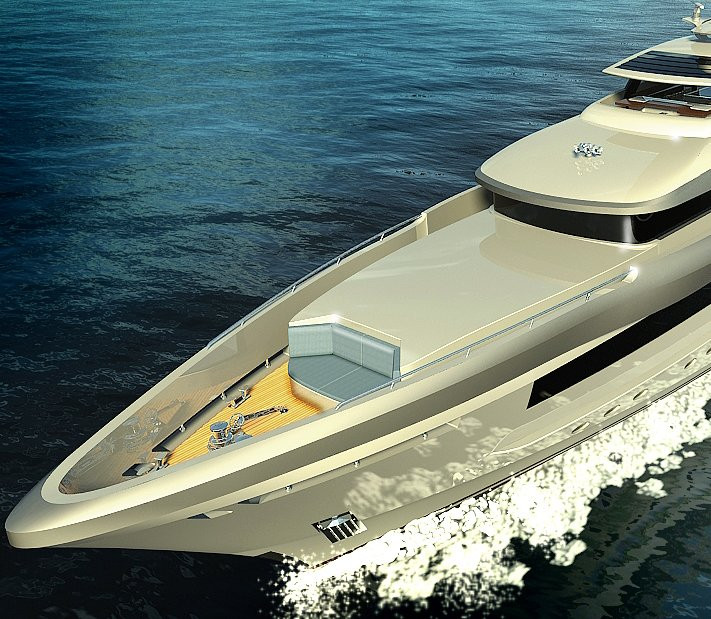 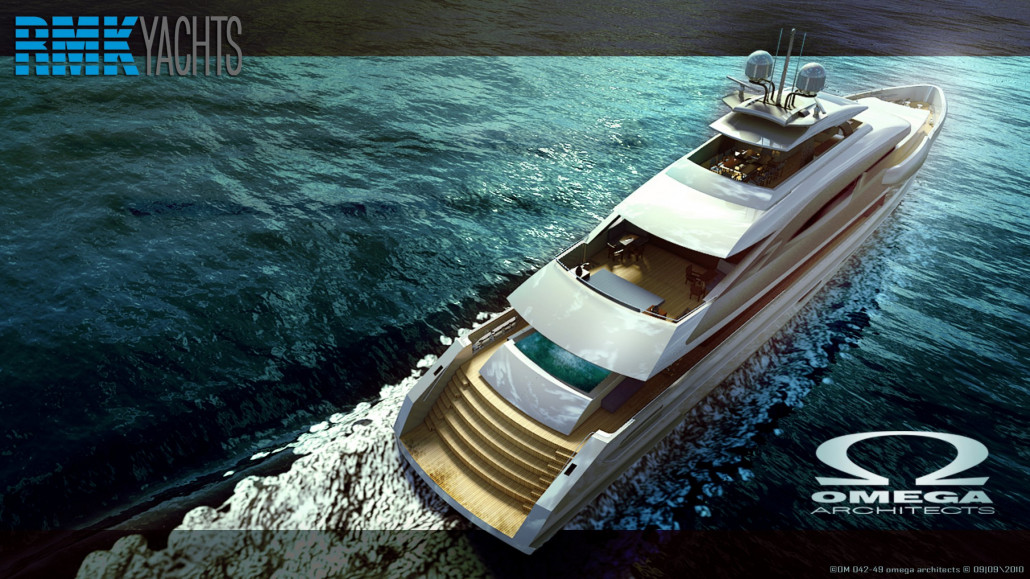 Frank Laupman of Omega Architects told us the aim was to reinvent Omega’s legacy of successes and create new meaning for the relationship between the sea for RMK Yachts. The inspiration lies in the goal to “truly connect to the elements”, a vision made apparent by bold strokes in the new yacht’s 13m long open aft deck, which integrates into the swim platform by utilizing an “amphitheatre-style” stern that allows the aft main deck to extend down to the waterline fluidly and elegantly.

The salon is designed to flow functionally into the aft-deck area, by incorporating an aft facing bar at the end of the main salon. In emphasising the relationship with the water, the open air areas of the outside deck has been ‘pulled into’ the interior. Ultimatley, rather than defined as separate areas, the entire main deck has been designed as a sequence of connecting spaces, ending at the swim platform, just over the waterline.

The designs form and profile gives a further understanding of how the yacht connects to the elements, Omega Architects noted that from the wheelhouse you can see the superstructure reaching down to touch and intergrate with the aft overhang, thereby emphasizing the themes of relationship in her design.

The design will off two proposed variations for the interior, one offering a VIP cabin with an ensuite and access to the skylounge and the second variation offers a comprehensive, luxurious owners suite and aft deck.