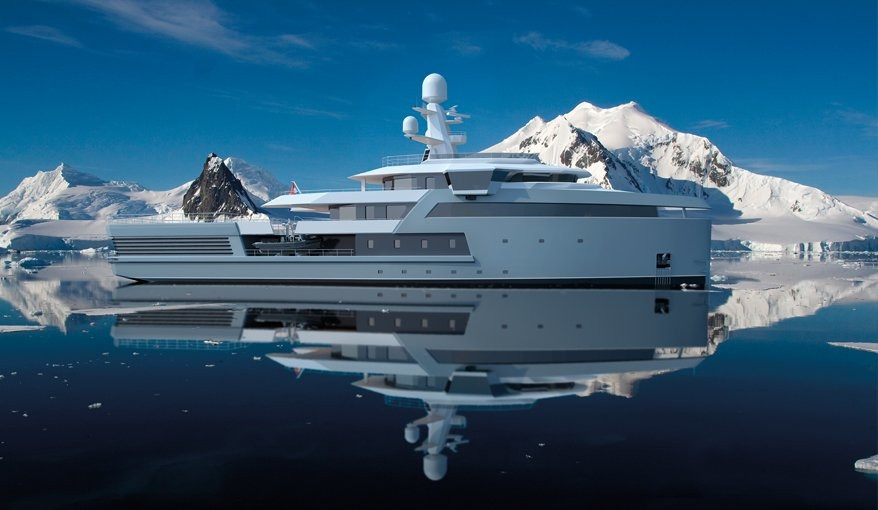 The New Projects of 2016 Set to Shape the Future

A number of new construction projects were signed this year, bringing an exciting new future fleet of cutting-edge yachts to yards around the world. We take a closer look at just some of the new projects to be sold in 2016 to get an idea of what's coming in the future.

SeaXplorer
DAMEN & AMELS introduced the revolutionary SeaXplorer in 2015 at the Fort Lauderdale Boat Show. Since then, this range of large, seafaring and autonomous design breakthroughs has gathered attention across the world from CNN to superyacht enthusiasts; going so far as to sell their first 65-metre unit in 2016.

Project Grande
Announced at the Superyachts.com 2016 MYS Breaking News Centre, Moran Yacht & Ship teased a 91 metre project which is scheduled to be built at the Lurssen Yachts facility in the near future. More details, however, are extremely sparse with the shipyard itself neither confirming or denying its existence.

Turquoise Yachts Future Fleet
Turquoise Yachts rebranded in 2015 and brought a whole new fleet to the market at the previous Fort Lauderdale Boat Show. Reflecting the rise of activity in America - much like the aforementioned SeaXplorer- Turquoise Yachts began building each one of the new range - 45, 55 and 75 - with new launches happening in 2016 and beyond. The new 66, however, has only recently entered construction after being signed by an owner.

Bilgin 263 (Hull #2)
The second of Bilgin’s largest yachts on offer, the 263 is a remarkable departure from the standard white hull yacht and brings a sleek and sporty look to an 80.10 metre (262.9ft) superyacht.

Benetti 169
With three superyacht projects over 100 metres now under construction at the Benetti shipyard, the new design which caught our eye this year was Project 169, a 70 metre (229.6ft) superyacht which - at the time - marked seven contracts signed in just 12 months for the revered Italian yard.

Project Nova
With Heesen Yachts’ renowned flair for flawless engineering, the sale of the hybrid superyacht Project Nova is something to watch. Drawn by Frank Laupman of Omega Architects, this 50 metre high-performance yacht draws on two power sources and presents an exciting new evolution in the signature Heesen Yachts and Omega style.

Columbus 80
This top-secret, fully custom superyacht project measures 80 metres (262.5ft) and, as of today, has had no new details revealed. Glass is said to play a very important role in its design and engineering, but with a world of new projects underway and new push behind the brand, this could be an exciting addition to the future fleet.

CRN NL303
A project designation which gives nothing away, the exciting new project from CRN is a masterclass in elegant Italian style. While only a shaded concept is available, this teaser from Nuvolari Lenard shows us sweeping lines, large volumes and a lot of room to play with as it covers 62 metres.

AMELS 212
Working with Fraser Yachts, AMELS announced the successful sale - and the ongoing popularity of the Limited Editions range - with the recent sale of the 67.10 metre (220ft) 212. With a Tim Heywood exterior and Winch Design interior, this will be the fourth 212 built since AMELS delivered the original project in 2011.

EVO
The Italian Sea Group presented the Tecnomar EVO only recently, with a buyer found shortly after. The distinctive design of EVO reflects the progressive direction of the Italian yacht builder and, what's more, is that the Asian buyer hints at a truly global appeal. The lighting, style, innovative layout and overall look of EVO merge to create an unavoidably attractive yacht.

With so much activity and so many superyachts to choose from, these are just some of the new projects signed this year. Think we've missed any? We'd love to hear your thoughts for a follow up list so get in touch via our Facebook, Twitter or Instagram feed, or alternatively, get in touch over email here.