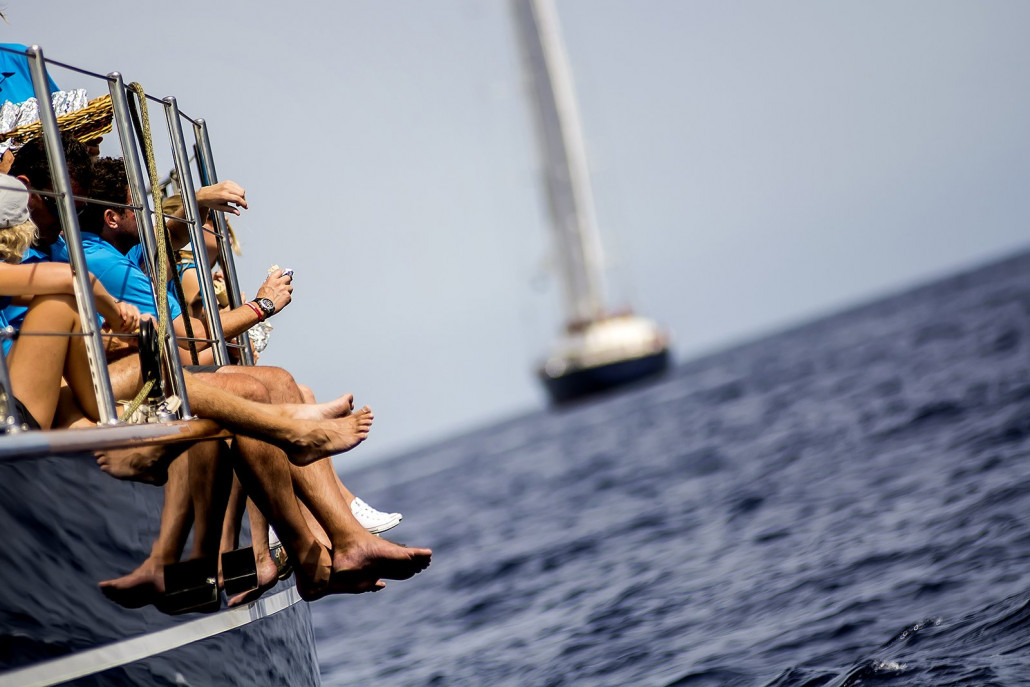 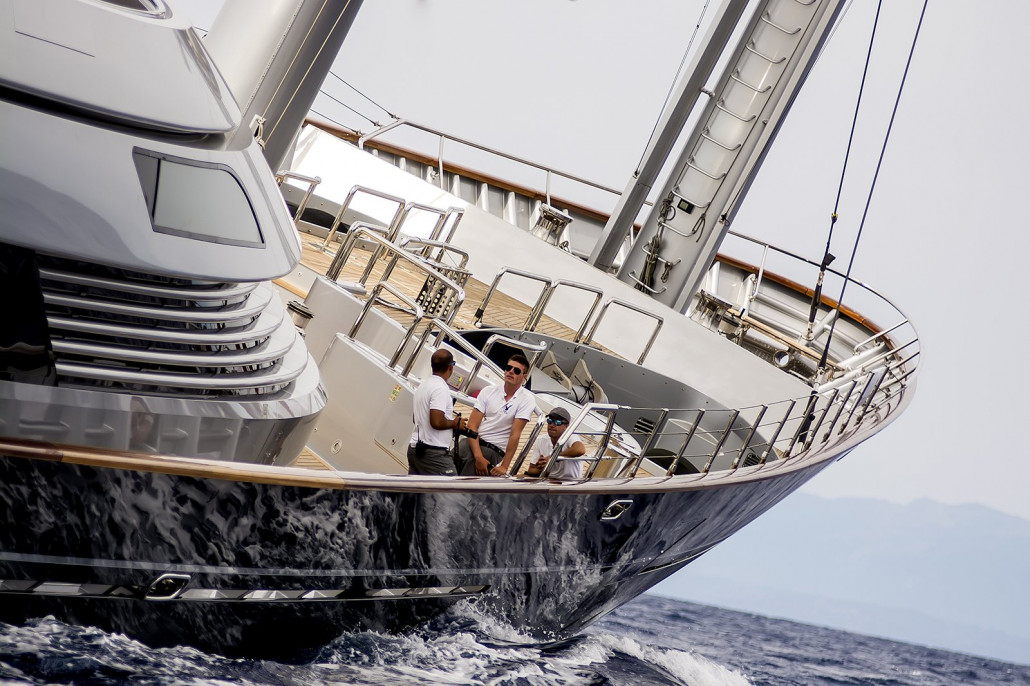 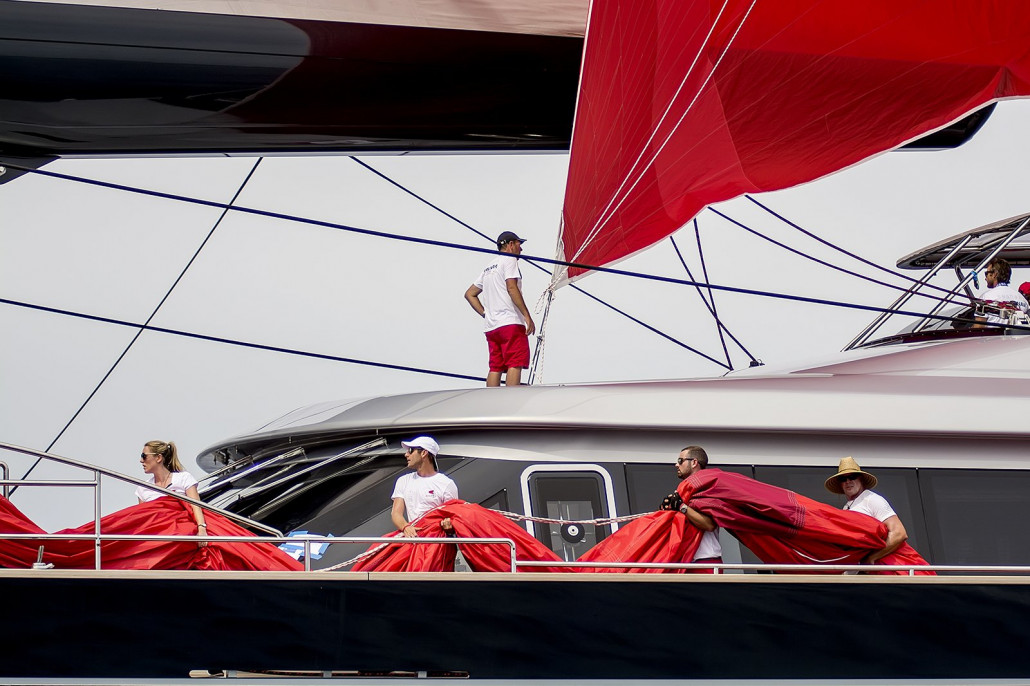 The first day of the Perini Navi Cup saw light air and a calm sea state, where the list of 16 yachts on the water - both racing and attending - enjoyed clear skies and a challenging day; utilising the training of the previous days to full effect.

The start sequence saw Maltese Falcon cross the line first 19 minutes ahead of Jasali II which led the following yachts in a quicker succession of staggered starts. The final boat to cross the line was Perseus^3, an hour after the starting 88 metre superyacht, highlighting the difference in performance of each vessel in the race.

The first leg saw the fleet beat upwind to Monaci. With Chris Draper on the helm and Paul Cayard as tactician, Rosehearty made a tactical decision to tack in-shore where more consistent breeze enabled her to reach the first mark in the lead, overtaking Maltese Falcon and Jasali II in the process.

Approaching the first mark, Clan VIII took the inside line around the 1200 tonne Falcon finding itself in 2nd place. This melee continued on leg two as Clan VIII sailed into the wind shadow of Caprera in calming North-Westerly breezes. The Maltese Falcon capitalized and used their momentum to roll over the top of Clan VIII and take second place back.

As the wind continued to drop, Seahawk, Perseus^3, Elettra and Jasali II were becalmed out of the running as The Maltese Falcon finished third, Clan VIII placing second and Rosehearty securing a well-deserved victory with a corrected time of almost 50 minutes above its ranking pursuers. Light airs had forced the Race Committee to shorten the course.

Rosehearty took line honours and victory on corrected time by a very impressive 48 minutes. As Rosehearty crossed the finish, Perseus^3 had barely reached the first mark due to the handicapped start. Perseus showed her performance pedigree on leg 2, utilizing her 76m rig in the light airs to overtake Jasali II and Elettra whilst also catching up with rival Seahawk.

While conditions may have not prevailed for Race One, the fleet of yachts both on the water and participating in the regatta are keeping high hopes for the wind to pick up and the competition to be continued tomorrow.