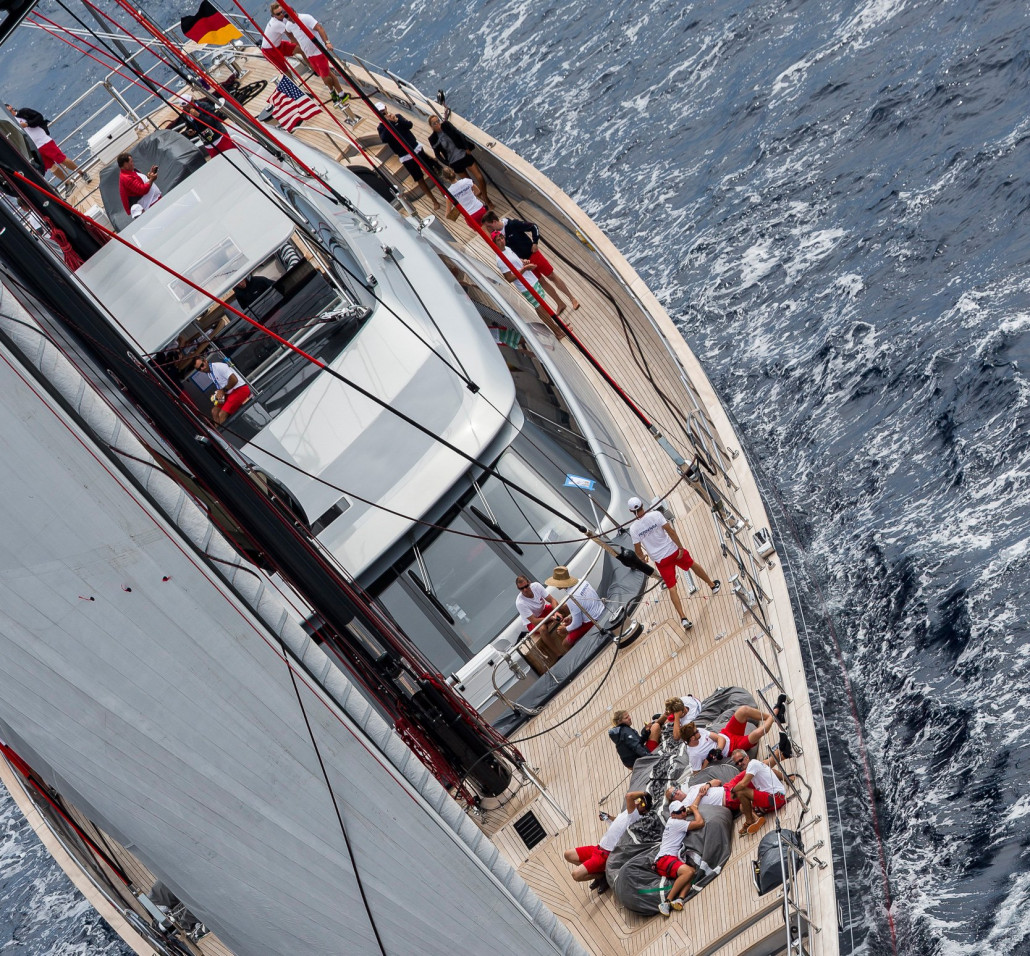 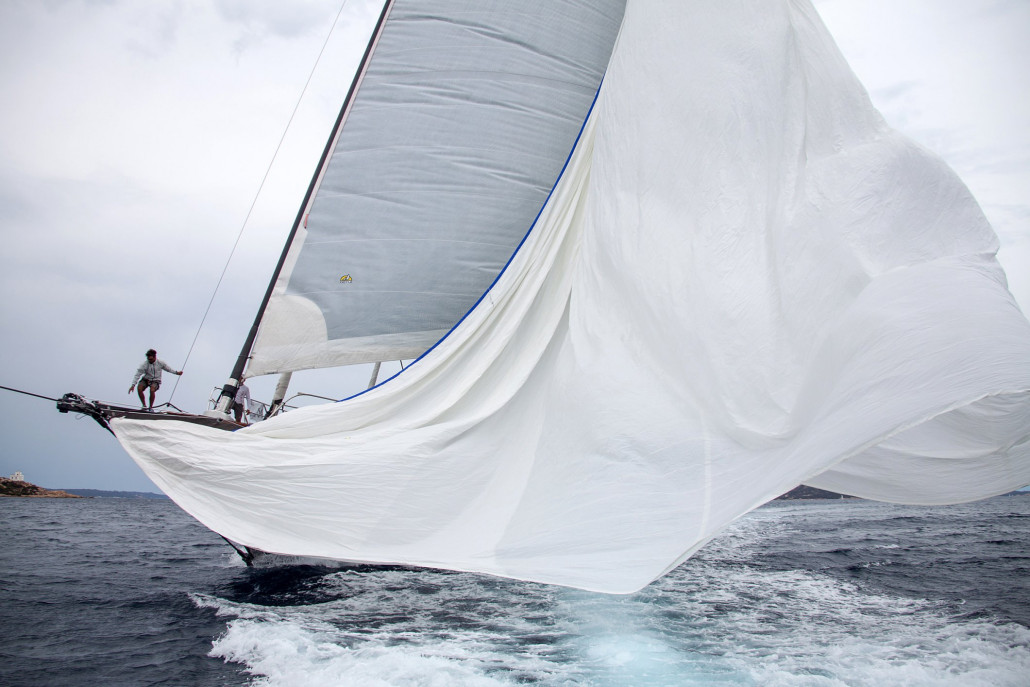 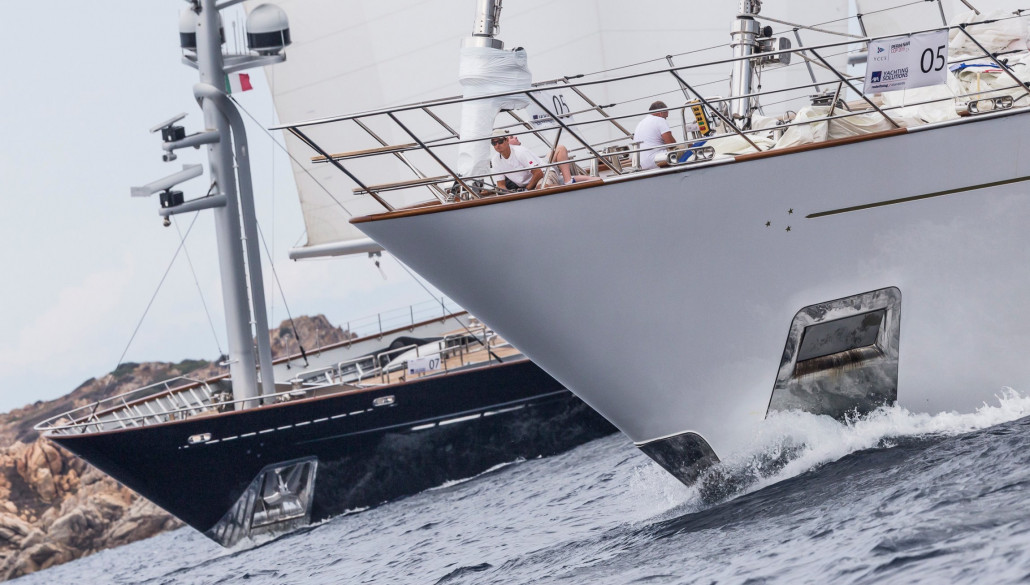 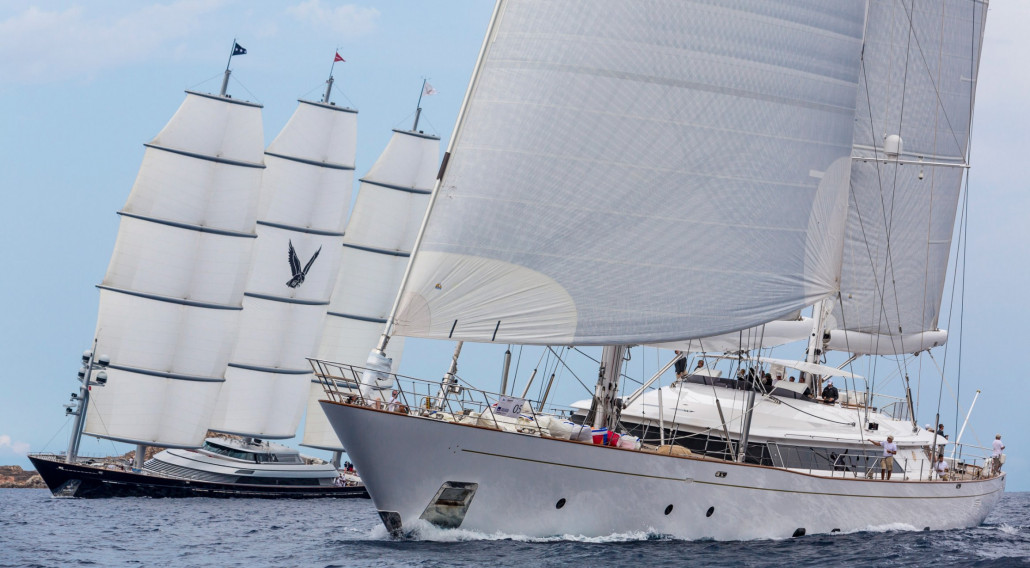 Thunder and rain threatened to stop the second race yesterday, but as the storm passed the Perini Navi fleet headed to the first mark to start Race Day Two. After the dramatic skyscape cleared, Friday’s competition began with similar conditions to Thursday, offering the teams on board varied wind speeds under a dramatic setting.

With the wind speeds around the course in flux and the handicap benefitting the slower rated yachts, The Maltese Falcon was first to start the race in 12kts of wind - close reaching and then close hauling to the first mark. The 88 metre was then followed by Elettra, Jasali II, Rosehearty, Clan VIII, Seahawk and Perseus - the latter of which started an hour and two minutes after The Maltese Falcon.

The upwind leg saw a closely fought battle between Elettra, Jasali II and Rosehearty. As with the previous day, Rosehearty took a higher line before bearing away and passing Jasali II to windward before reeling in.

Elettra, The Maltese Falcon and Rosehearty then took the inside line and passed The Maltese Falcon to leeward. Meanwhile on the upwind leg, Clan VIII was gaining ground on the boats ahead with the decision to tack early elevating them from 5th to 3rd position.

After passing through the islands of Maddalena and Spargi, the second and final leg of the race involved a downwind stretch through Sardinia’s coastal islands, allowing the yachts to fly their spinnakers in the gentle breeze. Off the west coast of Maddalena, Elettra suffered a blow by sailing into a hole and allowing Jasali II - then in 5th position - to take advantage, make an early gybe and pass the 1987 yacht in the race to the finish.

The finish line saw Rosehearty cross first for the second day in a row with her spinnaker flying high in its full glory. The Maltese Falcon crossed the line over 7 minutes later, closely followed by Clan VIII. Jasali II and Elettra had a close fight for fourth place across the line with Jasali II coming out victorious with less than two minutes between them.

Seahawk crossed the line in 6th place with its uniform red spinnaker flying full. Albeit Perseus^3 was 7th to cross the line - with a likely cause being to their rating - the team made up for it on the last leg, power reaching at 14kts through the coastal passage off the northern coast of Sardinia.

The 60 metre Perini sloop was able to showcase its phenomenal A2 spinnaker, the world’s largest single sail at a huge 2,602m2, flown with absolute precision undertaking a number of gybes in 20kts winds.

With winds of more than 20kts predicted for today’s race, the final in the 2015 Perini Navi Cup, it looks to be an exciting closer which will give the faster rated boats such as Seahawk and Perseus a chance to climb the ranks.