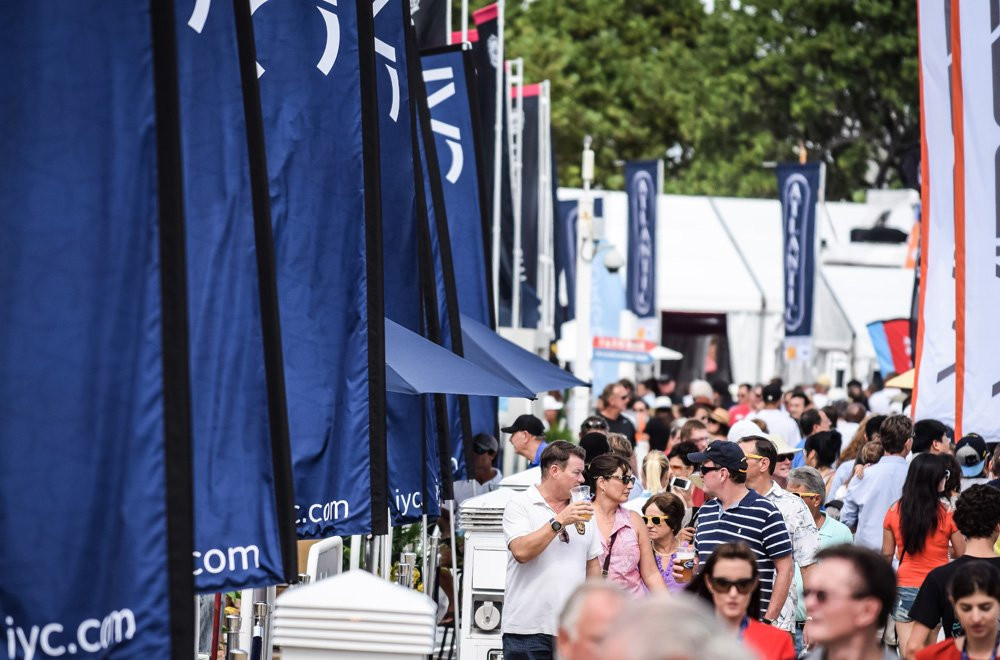 The Superyachts.com American Market Run Down

The Fort Lauderdale Boat Show is not only the largest show in the world, but an opportunity to discuss the landscape of modern market activity with the people that know. A few key brands and exhibitors showcasing some of the world’s finest yachts gave us a direct insight into specific angles on the American market, and while you can view each one in full, we’ve gathered some of the defining comments driving optimism during one of the best shows in the history of Fort Lauderdale.

In order to understand the American market in full, it bodes well to understand the culture itself, something Bob Denison provided in full during our interview on board the 110 Broward motor yacht Entrepreneur.

“Yachting in America, of course, has a pretty long history,” explains Bob Denison. “So even going way, way back a hundred years ago to the very beginning of our nation [...] the culture of using a boat to have fun and get away is a part of who we were and what we did. Then, in the early 20th century, we started to become a target for the European boat builders. Of course, Feadship was one in the 1940s, and I think for a long time we’ve been the primary target for new construction yards.”

Marine activity, whatever the form, is in the genetic makeup of American culture, a notion backed by Thom Conboy of Heesen Yachts - a brand so confident of the market it has both introduced a yacht developed specifically for the market as well as a new office in Fort Lauderdale itself.

“Americans have always been building boats in Europe. In Holland specifically it really started in the late 70s with Malcolm Forbes going to build the Highlander with Feadship. There is about half a dozen very quality yards in Holland, Heesen being one of them, and that connection I think has been there for some time and it’s continued to grow and emerge because of the American culture is very orientated to the marine side of things with the Bahamas and the Caribbean in the backyard.”

Shifting focus to the market state that gave us this optimism in activity after 2008, it always works to understand what created the increased activity. After the sheer inventory of brokerage yachts across the U.S. came to a standstill, Darren Plymale of Galati Yacht Sales firmly believe that inventory is no longer a problem.

“I think that we’re not far away from coming to a boat show, and seeing most of this product sell and wondering ‘okay, how are we going to replenish this stock?’. When you look at it, there’s not a lot of quality listings out there. Let’s face it [Fort Lauderdale’s] dock is full, and this is a concentration of product that’s come from all around the world. Fort Lauderdale is one of the largest boat shows in the world and so people have their best foot forward, their best face on, the best product they can put into the market so these are the best of the best, it’s kind of like the SuperBowl.

At the same time, the market demand today and the progressing number of wealthy individuals in America and abroad, and even south of us in South America, are coming here to make their purchases. I don’t think we’re that far from seeing demand outpace supply.”

IYC, which is a brand boasting both expertise and a new approach thanks to a significant rebrand, believes that the cause of this shift in brokerage activity is down to reasons clearly outside of the industry and explained where the confidence is coming from.
“The U.S. is not operating in a vacuum, the geopolitical circumstances are affecting decisions,” explains an optimistic Stefanos Macrymichalos. “Despite the bad news that is circulating there is also a lot of optimism. We feel that the clients are very knowledgeable of observing the market trends and making the decisions based on those [...] It appears the worst is behind us and that has played a major role. The closer we get to the elections, most of the uncertainty will go away and the market will get even stronger.”

Another brand we spoke who was showcasing a brand-new style was Turquoise Yachts, a Turkish shipyard with first-hand experience of building for American owners. “They’re dollars can buy bigger boats, so the dollar gained in value which is good [because] we sell in euros so therefore they’re going to pay less. Business is good so when the business in America is good, the development is good it’s coming back, so the client has a more confident picture of the market.”

For more in-depth information on the American market, you can follow the links to each individually shot interview with the experts across the board of American yachting who took the time to discuss the notion with us. In the meantime, all eyes are set on the Miami show where the strength of numerous surrounding markets have the propensity to make themselves known, and this is something we’ll be following with just as much enthusiasm.